John and Peters – A#1 Burger Rager

THE STORY
John and Peters opened in 1972 on the banks of the Delaware River in New Hope, PA as a breakfast restaurant. As the years have gone by it’s become the only local dive bar with live bands, food and indoor smoking. Norah Jones, George Thorogood, Richie Sambora, Penn & Teller and more have graced the stage of this 50 person capacity room tucked way in this tiny little hippie town. The band Ween calls this place their home. But tonight, the rock band, CKY, were going to take stage. Playing an unannounced show disguised as a live rehearsal, the band wanted to play a show just to knock off the rust.

Adam and I manage the band and headed down too hang out and see the guys play. Upon arrival at John and Peters, I spotted the large wooden sign hanging in front of their patio; “BEST BURGER IN TOWN.” I had not planned on this being a Burger Conquest but Chad practically demanded it telling me this was his local hang.

THE BURGER
Chad, Adam, Chris, Matty and I grabbed a table out on the patio and put in our orders. With the coincidence of being the “best burger,” where the band was playing and the Tater tot option on the menu, I was pretty anxious. The burger came on a nice fluffy roll with some red onions, lettuce and white American cheese. I took a bite and was upset by what I found inside; my medium rare burger was over cooked which matched up with my under cooked tots. Bum out. The burger was OK. It didn’t pack a flavor punch and was a little dry. I felt bummed that the burger wasn’t living up to the excitement.

THE SHOW
With a small announcement only on the band’s twitter (www.twitter.com/carvercity) that morning the place still packed in with rabid members of the band’s fan club, The Alliance.

CKY played an all request 2 hour show to warm up for the tour. They were leaving on tour in support of their new album. “Carver City” which seemed to be big on the request list.

The band was lose and off the cuff in their presentation but played tight and slick considering they haven’t played in years. They were charming, funny and yet totally serious during the songs. We were losing their minds at this very special and intimate show. After 2 encores, the band came back and played a jam set where they all traded instruments. Once Deron ended up on drums, they let fans come up on stage to perform free style battles.

The show was so good, it made me forget about the burger. 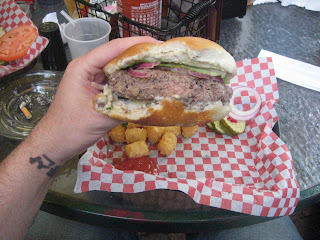 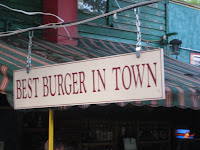 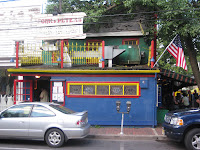 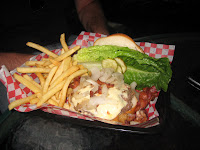 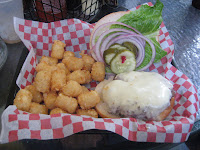 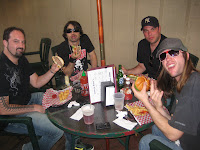 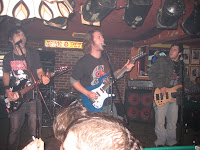 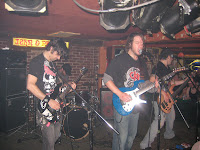 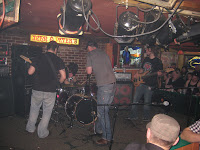 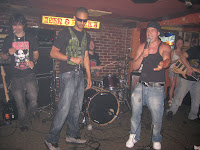