THE STORY
I’ve been on a mission this summer to eat my way around the MLB ball parks in search of great food and especially a good burger. With only the Mets’ Citifield living up to the challenge, I was beginning to think that one of America’s Favorite Pastimes was not synonymous with one of America’s Favorite Foods. That’s not to say great food can not be found at America’s ball parks just that I having trouble finding a great burger in any of them. That’s no reason to stop the quest, so on a recent trip to Pittsburgh, I jumped at the opportunity to pay a visit to PNC Park, home to the Pirates. Rumors were abound that this was one of the best parks in the league and I couldn’t wait to eat my way around it like I was Pac-Man.

When I booked the trip, I had no idea that the Pittsburgh G-20 Summit would be in town. I didn’t care what the world’s leaders had to discuss, I wanted to go to a game! Although the game wasn’t cancelled, the city was definitely closed off. No entrance into the Three River city was open, it was as though the city had been quarantined due to an outbreak of the Umbrella virus, or perhaps Dr. Crane had succeeded in polluting Gotham’s water supply with the hallucinogen. Regardless, nothing was going to keep me out of the park. I shared a taxi from hotel in Station Square with some like minded Dodgers fans who had driven into town from Columbus just to see the game. EFF the G-20…FEED ME!!

THE BURGER
While I waited for my friend Jason to fly in from New York, I popped myself into Atria’s located on the Federal Street side of the stadium. Atria’s was started in the 1930s, originally as a grocery store until after prohibition when their original location in Mt. Lebanon, PA turned into a restaurant. With a mix of pub fare, Italian and German (Oktoberfest) foods, it’s become a Pittsburgh classic. A friend inside the Pirates organization had given Atria’s a hefty recommendation and really, when do I turn down a good burger?

I popped in, grabbed a table near the bar and the windows and ordered up an “Award Winning Cheddar Burger” cooked medium rare. I sucked down a tasty Penn Gold beer while I waited to eat. Without taking a single bite I thought “this might finally be the burger that puts the MLB on the Burger Conquest map!” It was at least a quarter pound and it looked scrumptious. With exception of the unnecessary mustard (this coming from a huge mustard fan) the burger was awesome. Big, juicy, meaty, savory and bursting with flavor and served on a toasted sesame seed bun. Someone at Atria’s put some serious love into this bad boy! I would eat this burger every time I came to a Pirates game. 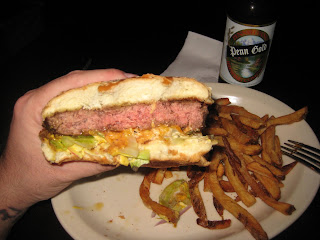 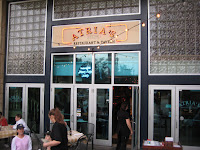 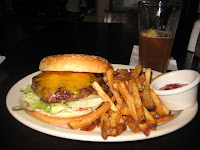 Normally after such a big meal, I call it a night but not this night…

THE PITTS-BURGHER CHEESE STEAK #2 BEST SELLER
Around the same time as Atria’s Beer Hall began to serve food, Joe Primanti opened his sandwich cart feeding truckers. Shortly there after he opened a store and on one fateful night, he fried up some potatoes, slapped them on a sandwich and thus was born the famous Primanti Sandwich. 70 years later, Primanti Brothers has 14 locations, including PNC Park. From eggs and cheese, knockwurst, bacon, capicola, turkey, fish, pastrami and more, every Primanti Brothers sandwich comes on fresh made, thick-cut white bread and topped with coleslaw, tomatoes and french fries. It’s a true Pittsburgh institution and absolute must for foodies.

Each location has it’s own menu with some places offering pizza, wings and burgers but the location at PNC Park only offers 3 sandwiches, one of which is the “Pitts-Burgher Cheese Steak #2 Best Seller.” When Jason asked “what’s the #1 best seller?” the lady working the counter smiled and pointed to the Iron City Beer tap. Even though we were warned A. not to get them at the stadium and B. don’t ask for the sandwich without coleslaw as it’s heavily frowned upon. We broke both rules, because that’s how we roll, Bobby Brown style. The lady turned around and yelled out “one #2, no grass” and a few moments later, the behemoth sandwich was handed over.

The traditional cheese steak has either chopped or sliced steak and the Primanti Brothers cheese steak is more like a steak burger. After disposing of what looked like a very fresh tomato, we loosened our jaws and clamped down on this legendary eat. The bread was so soft and fresh including the still sturdy crust. The fries were greasy and bursting with salty flavor. The cheese provided a a juicy creamy middle man to the savory Pitts-Burgher patty. I don’t doubt a Primanti Brothers sandwich at one of their actual locations is much better but throw this into a stadium menu and it stands above the rest. Admittedly, could’ve done with about 20-30% less fries to let the beef and cheese have more prominence but that might just be nit-picking. 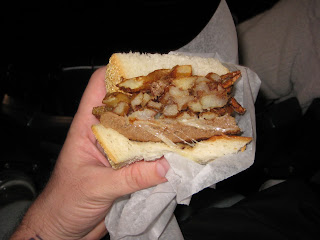 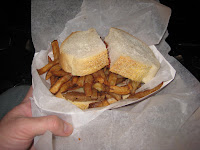 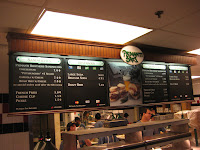 SHOOT SOME HOT DOGS
Between the 3rd and 4th innings, a song begins to play in the stadium. “It’s Time to Shoot Some Hot Dogs,” over and over. At first I thought it was some kind of joke but then I looked up at the jumbo-tron and I saw the cartoon complete with bouncing ball for singing along purposes. Then the 2 team mascots, the Parrot and the Pirate take position a top either teams’ dug out. Accompanied by a Pirates girl and a hand held cannon, they stuff a hot dog into the gun and begin to shoot them across the stadium. At first I couldn’t believe it but then I watched excitement sweep the crowd. Everyone was leaping out of their seats and screaming at the top of their lungs. One might’ve thought they were launching stakes of $1000 bills but no, they were launching hot dogs right into people’s faces. It was the most amazing thing I have ever seen in my life! We assumed these must be the most heavenly hot dogs on the planet, at least based on the reaction from the crowd. When we found out you could get one for only $1, regardless of how full we were from all the other tasty treats, we had to get one for ourselves. The dogs looked as though they were hardly cooked and after only 2 bites, we figured why they were so cheap and being shot from guns; they were terrible.

A bummer way to end and amazing streak of food but I will say this, PNC Park is one of the best baseball parks I have ever been too. It’s beautiful, has great scenery with the city skyline peaking out from behind the back wall, it’s not too big, in a decent neighborhood and filled with great food.

Oh .. and has some delicious burgers!!! As fro G-20, I think our presence helped them to work out a global cheese burger relief fund and a beer stimulus package. 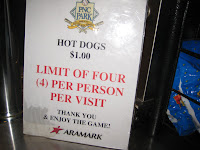 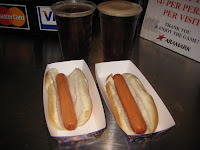 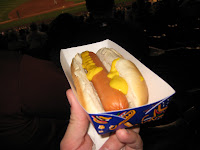 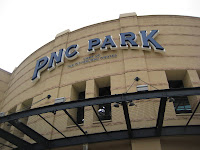 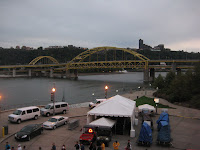 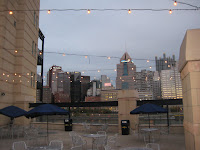 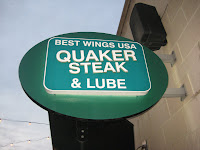 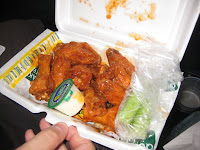 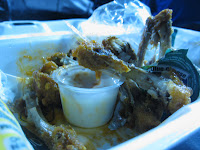 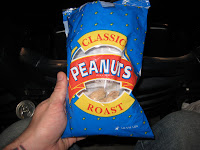 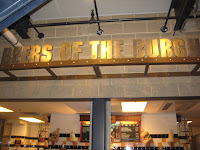 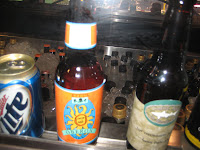 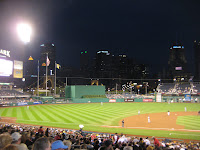 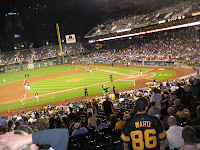