On Friday, October 16th, 5 friends went out for a burger at Arthur’s Steakhouse in Hoboken, NJ. On that day, Burger Conquest was born. 730 days later, we are celebrating our second “Burgerthday!” The rest is burger history.

THE CONQUEST
What better way to celebrate the 2 year mark of my Glorious Pursuit of Delicious Burgers than with a burger!??! With much reason to rejoice, I gathered up my wife and our friends Doug and Melinda for a birthday Burger Conquest.

New on the NYC burger map, Mel’s Burger Bar, now open on the Upper West Side has been kicking up some noize with their interesting menu. Using Pat LaFrieda meats, Mel’s serves a small list of gourmet burgers including “The Original,” a tribute to Louis Lunch, birthplace of the burger. At Mel’s you can get your burger with an interesting selection of sauces, toppings, cheeses, additional main courses, sides all while washing it down with a unique collection of microbrews, wines, punches, mixed cocktails and spiked milkshakes. For the microbrew nerd, like myself, Mel’s array of beers are available in 32 & 64 oz growlers, which yes, are available for take out! The buzz had been growing and thanks to burger buddy Tori Katz at Berk Communications, I was able to get us a table at this already VERY BUSY restaurant on perhaps the most important day in the Burger Conquest year.

THE BURGER
Nothing irks me like an establishment that goes to the trouble to offer gourmet specialties but then neglects to create a support menu that does the same. Thankfully Chef Rich Robson and his crew have paid as much detail to the rest of the menu that supports their burger efforts. In fact, it took me a good 10 minutes to pick a burger, apps, sides and a beer as each selection required a moment of narrowing down a list of great options.

As you all know, I host the NYC Wing-Off, a competition to find the best hot wings in NYC. It began as an argument between Doug and I over blackberry messenger, as he likes to remind me, about who had better wings; Atomic Wings at Down the Hatch or the new defunct Scruffy Duffy’s. After 4 years of Wing competition, we only recently crowned the best medium and hot wings in NYC to Bar-Coastal.

That doesn’t mean we are done and in fact, the research and competition continues, especially when we happen upon great hot wings, like those at Mel’s Burger Bar. MMMMMMM BUDDY!! The Mel’s wing are very saucy with great peppery and smokey tastes. There is minimal breading on these very meaty wings. They have a nice heat which never over powers the actual flavors. We hate it when wings are made with a focus on the heat, forgetting about the taste. Unfortunately for Mel’s, and the NYC Wing-Off crew, this place opened a few weeks too late to be considered as an entrant into the NYC Wing-off.

So far, we were off to a great start and if anything, I was even hungrier than when we first sat down. A quick run to the bathroom due to the copious amount of microbrew being consumed, left me in a state of confusion. The 3 potty room doors are unmarked and open inward, leaving the question of which to use as well as which is available. All I can say is “good luck.” I quickly returned to the table moments before the burgers and sides arrived.

After a few mandatory pictures of my “CHEESEBURGERBABY” (with Lettuce, Onions, Cheese, Served on a Potato Roll), I sank in my chompers. Mel’s burger has a great full-flavored, backyard barbecue taste. This is the kind of burger we all grew up on, served as a gourmet restaurant style sandwich. The searing process used to cook the beef locks in juice so it explodes in your mouth under the weight of a bite. I’m a huge fan of all things onion but felt like the raw ones included on the CHEESEBURGERBABY only got in way of the burger.

If you’ve ever had disco fries, you know that no one can resist their power. Disco fries are a NJ diner sensation comprised of french fries topped with gravy and cheese. At Mel’s they melt sheets of American cheese across the top of the crispy fries. I had to contain myself from eating all of them. I would’ve liked a little more gravy but loved the dish in general.

I LOVE MEATBALLS! No really, I am practically obsessed with them. In recent times they have become my favorite late night snack, side item, topping and add on in the entire food world. Mel’s offers chicken meatballs as a side item or with a spaghetti entree. We could not resist an order and were happy to find them to be extremely juicy and flavorful. The use a very classic style red sauce with dominant tomato and garlic tastes. I would not suggest passing them over in your order.

Before we continue, let’s agree on something; bacon is awesome. There is no meaty treat that brings about an equivalent amount of excitement that it’s salted and smokey traits do. While bacon is readily available everywhere and as a general rule, always good, there is one that is held above the rest. Wisconsin based Nueske’s smoked applewood bacon has been an industry favorite since coming into the market in 1933. While I could’ve ordered on top of my burger, I figured a bacon of this stature deserved to be a stand alone offering in this meal. GOTDAYMN! It’s smoky, salty, juicy bacon that’s crisp without being even remotely burnt. It has more of a barbecued pork flavor than a standard salty burnt bacon. It’s pure bacony magic.

If there is one thing Mel’s gets right, its everything. All the attention is focused on the star of the show, the burger, but at Mel’s every thing offered has been chosen for a taste for quality. 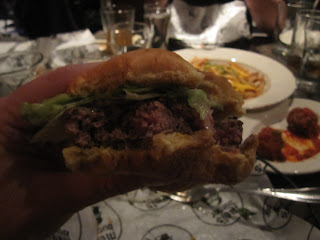 As Burger Conquest is a year older now, I want to introduce a new feature into the site. On top of locations, interesting stories, photos and reviews, I will now be bringing you a burger by burger, up to the blog, total number of burgers eaten by ME as I continue my Quest for the Glorious Pursuit of Delicious burgers. 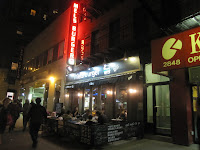 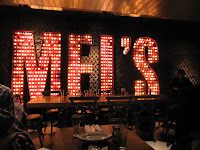 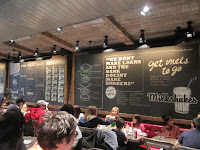 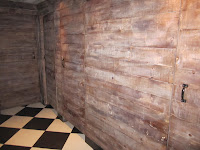 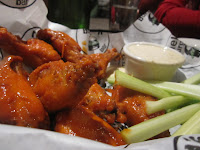 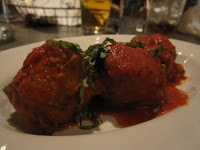 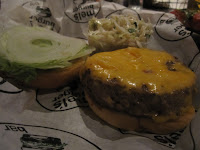 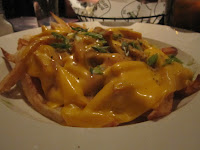 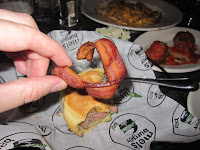 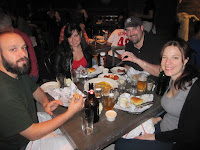