THE CONQUEST
Obsession rules the world and if you want to make a dent in it, especially in a city like New York, with so many options, you gotta show passion for something. You see, I am passionate about Burgers and so are you, now we are connected.

I am also passionate about beer, bourbon, rock and roll and having a great time with my friends, hence me opening Idle Hands Bar with my friends Rob and Marc. If we’ve learned anything since opening in September of this year, it’s our passion to run a great bar that has people in it. The more we go out and meet other bar, restaurant and shop owners in this wonderful city, the more we realize there is a lot of support for people with an obsession.

Through the bar we met John Freeman. John is obsessed with beer and works as a brand manager for Innis and Gunn. They are a Scottish brewery who ages all of their AMAZING beers in Oak barrels. We serve their regular and rum casked beers at Idle Hands. Innis and Gunn have a bunch of other oak aged beers in the works but none are available in the states yet. John recently got some samples in and asked us out on a beer tasting bro-date to try them. We are obsessed with them so of course we said “YES!”

So you gotta have some obsession, even if that something is Pittsburgh. Enter Rye House. Located in the Flatiron district, this gastropub-mixology-rustic-eatery is run by a couple of folks who are OBSESSED with Pittsburgh. Whether it’s the Primanti’s inspired “Pittsburgh” with Grilled Andouille Sausage, Provolone, House Slaw sandwich that is topped with Fries or the 25 person picnic table made from Pennsylvanian wood, you’ll know these guys love PA. Good luck picking out a delicious microbrew or an interesting cocktail, the drink menus are literally overflowing with great choices. Planning on getting a bite? Strap in big boy, you’re going to want to eat everything that the Culinary Institute of America trained executive chef Greg Johnson has to offer. It’s a culinary comfort food cornucopia that includes Sloppy Joes, Cubans, Boiled Peanuts, Fried Mac ‘n’ Cheese, Perogies, Truffle Grilled Cheese, Braised Short Ribs & a whole lot more. After tasting some of the bourbons and beers you get the feeling like the food is necessary to keep you from falling off your seat. Thankfully Greg Johnson wants you to love the food and has made it taste amazing. If you need some help deciding know that Greg’s favorite thing on the food menu is the Rye House Burger with Lettuce, Tomato, Onion and fries with your choice of Cheddar, Blue or Gruyere Cheese.

THE BURGER
Even with Greg’s suggestion, we all still wanted more. Solution: Burger to split as an appetizer! A picture is worth a thousand words but this burger only needs one word, repeated several times: juicy, Juicy & JUICY! The Gruyere cheese melts down into the fat to create an unbelievable flavor. I had not planned on getting a burger but I sure am glad I did! Big thumbs up on the well done fries, which we discussed with Greg and he agrees, French Fries should ALWAYS come well done.

People are obsessed with Sloppy Joes. Why? I have no idea. I have always hated them and went hungry on days when that’s what the lunch lady made. Rob and Marc on the other hand, they LOVE them and when they saw them listed on the menu, their eyes lit up. At Greg’s urging I tried one. This doesn’t taste like your standard Manwich! It more reminds me of an Ortega made taco served on a sweet brioche. If all Sloppy Joe’s tasted like this, I probably wouldn’t hate them.

Know something before we move forward; I love Cuban sandwiches. Not enough to bother making a whole new website or twitter account but I definitely have a penchant for a taste Cuban sandwich. I don’t eat them all that often but when I get a hankerin’ for one, look out. When I read “Cuban. Slow Roasted Pork, Gruyere, Pickles, Fudge Farms Ham” on the Rye House menu, there was no stopping me. Damn! DAMN DAMN, that is some DAMN crunchy bread on the outside but soft and warm on the inside. I order mine without pickles and I don’t care what you say, they are disgusting and Cuban is better without them. Greg’s whole grain mustard is legit even thought it’s a little dominant in the taste. None the less, it’s still very good. The ham is closer to thick bacon more so than traditional ham. Nothing about this sandwich is traditional and almost makes me wish this was the standard Cuban; crispy pork with melted down fat and bacon inside of a warm crouton. Yay!

Now, let’s talk about some beers that you can’t have yet (na-na-na-na-na-boo-boo.)

THEY SAY: This innovative IPA has been created with an eye to history and tradition. IPA’s originated in the 1800’s during the long sea journeys between Britain and India. Beers were transported in oak barrels containing hops (to preserve freshness) and arrived having absorbed the character of both the oak and the hops.

This is the only IPA that has been matured in oak, like its predecessors, with the addition of hops to individual barrels. Innis & Gunn Indian Pale Ale is available exclusively in Canadian liquor stores and in Waitrose in the UK. We are only producing 64,000 bottles, so don’t miss out!

REV SAYS: The warmest, softest, buttery and coddling hopped based ale you’ll ever have and it’s aged for 55 days! In fact, calling it an IPA is a misnomer along of the lines calling a limousine a taxi. 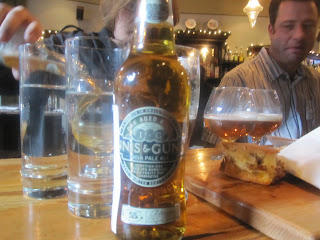 THEY SAY: Warming Scottish beer with natural hints of ripe fruit, vanilla, and caramel. Every ingredient we have used to brew this beer has been selected for its intensity of flavour. Large amounts of pale ale and crystal malts impart the caramel fruit character, strength and body. The WGV, Styrian and Goldings hops give the sherry like intensity and ripe fruit aroma. And the heavily toasted boubon-oak mellows the beer and provides a deep, complex, oaky background. It’s the perfect antidote to the cold dark nights of winter, a beer to be sipped, savoured and appreciated.

REV SAYS: Wow. Just wow. This beer spends 61 days aged in an oak barrel and is made with out any traditional winter warmer spices. It’s like watching a stunt man punch someone. It looks like it hurt but no one was actually harmed. 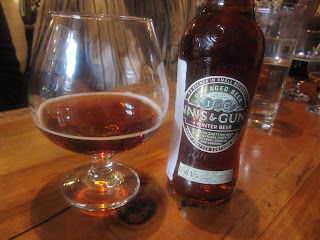 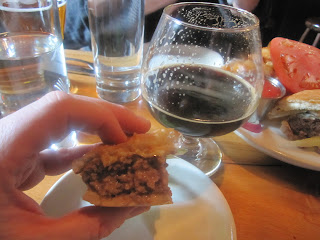 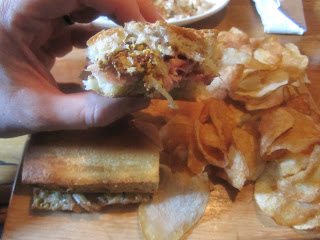 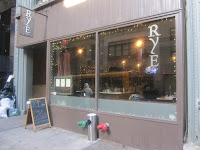 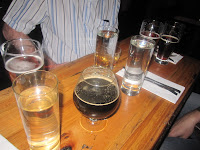 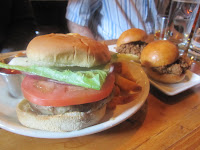 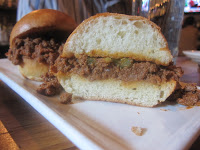 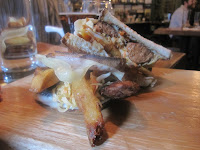 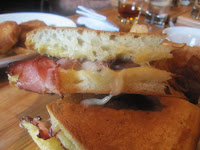 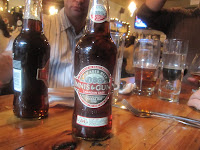 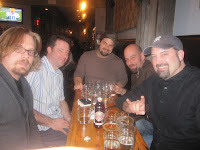