THE CONQUEST
With two successful craft bar crawl events in NYC under our belts at Thrillist Rewards, it was time for a third. What better way to follow up the fun we had in the “EVILL” and in “WillamsBEERg” than by making this even hotter by moving to Hell’s Kitchen!!?!??!

The concept is simple. Along with a lot of help from S.K.I. Beer, one of NYC’s premier craft beer distributors, we bring several hundred of Thrillist Rewards nearest and dearest subscribers to experience a new neighborhood. While there, they get to visit a list of different bars and restaurants 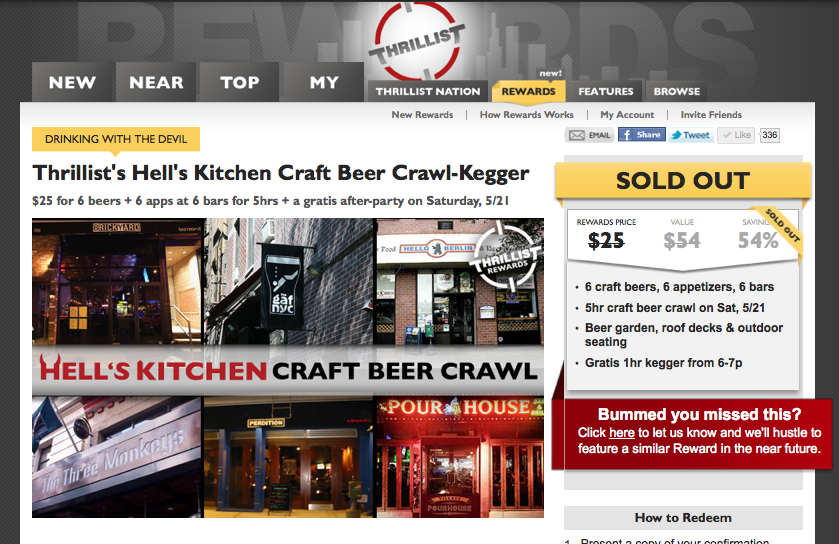 For only $25, purchasers would receive 1 – 8 ounce pour of craft beer redeemable anytime on Saturday, April 9th, from 1 to 6 pm. All tickets sold out in advance and Rewards buyers could look forward to a craft beer at all of the following great places; 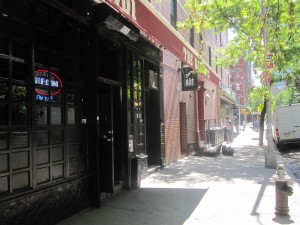 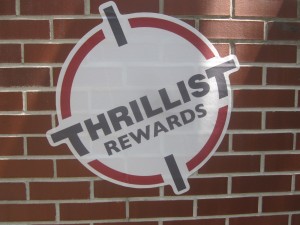 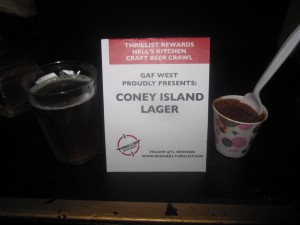 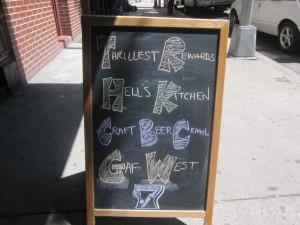 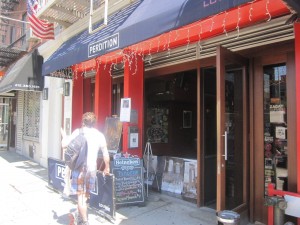 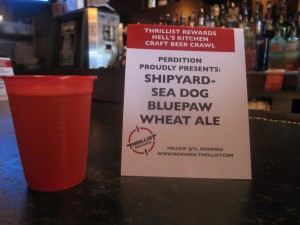 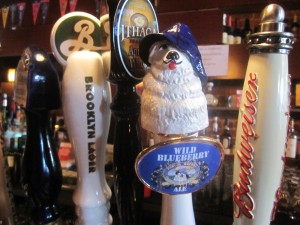 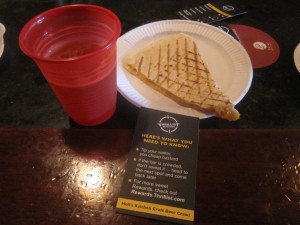 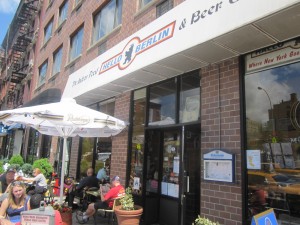 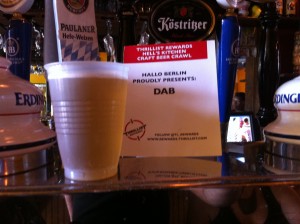 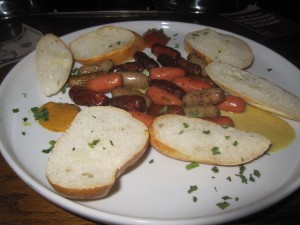 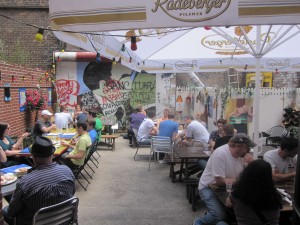 Beer: Founders Centennial IPA
Bite: Unfortunately their kitchen broke down so they couldn’t serve Hot Wings. Instead, everyone got a 2nd Beer! 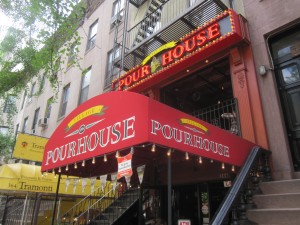 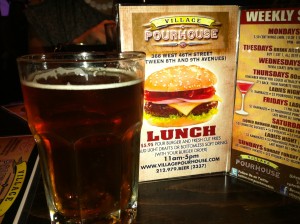 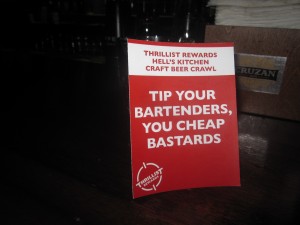 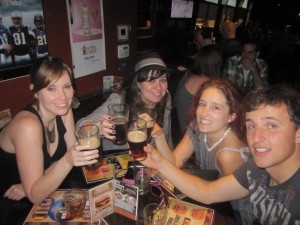 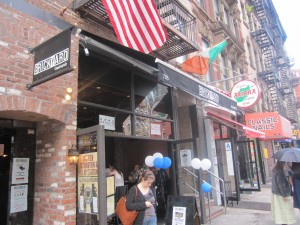 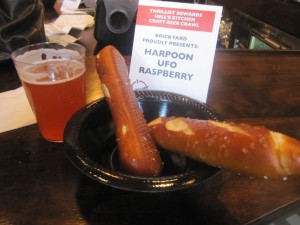 THE BURGER
BAM! All good things come to those who wait, or in this case, tasty Burgers come to those in Pursuit of eating 31 Burgers in 31 Days for National Hamburger Month. Not that we were underfed in anyway, in fact a bite here and bite there on one of these Thrillist Craft Beer Crawls is usually just enough to keep gas in the tank. But when we decided to stick around and buy a round of drinks at the Brickyard Gastropub, I remember back to the 9th Avenue Festival a week prior and how much I enjoyed their Mini Burgers. Well, much like an itch, if you think about it enough, you’ll have to scratch it and once the idea of Mini Burgers was in my head, there was no getting them out.

“WHO WANTS SOME MINI BURGERS!??!” I yelled out and of course, no one told me no. We ordered a trio Lamb Mini Burger and a trio of Beef Mini Burgers:
“South of the Border Burger” – Mexican Seasonings, Pepper-Jack Cheese, Avocado, Pico De Gallo and Chipotle Ketchup
“Blackened Bleu Burger” – Blackened in Cajun Seasonings, Caramelized Onions and New York state Bleu Cheese
“Western Burger” – New York state Cheddar, Applewood Smoked Bacon and Smokey BBQ Sauce.
To be honest, I didn’t eat them all as we all played a bit of the bite and pass game. Plus, I was admittedly feeling the effects of the beers so my judgment was slightly…unfocused, if you will. I do remember the Lamb Minis being tangy and delicious. 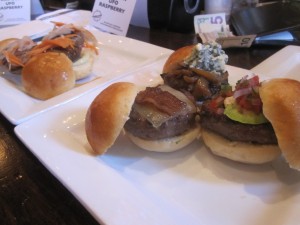 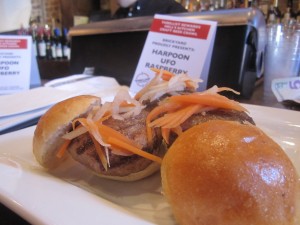 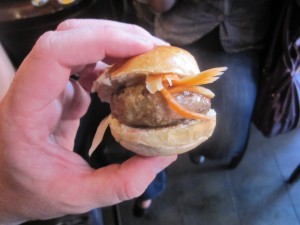 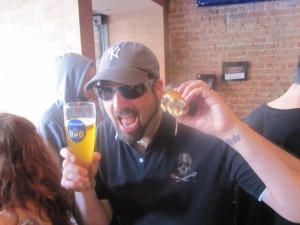 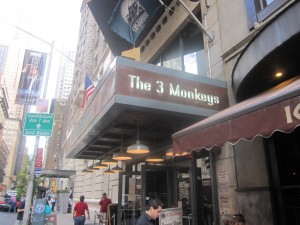 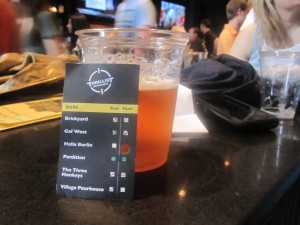 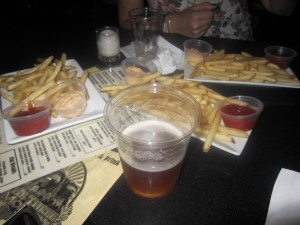 THE KEGGER
We tried something new on this version of our Thrillist Rewards Craft Beer Crawl. Usually we have an after party for those still in the mood and this crawl was no exception. However, we did change up the party. This time around we threw a kegger at both The Gaf and The Three Monkeys. Thrillist Rewards subscribers who bought a pass to the crawl were invited to drink Harpoon Belgian Pale Ale at both locations until the kegs went dry.

I started at The Three Monkeys where as soon as the clock struck 6 pm, signaling the beginning of the kegger, everyone started to applaud and cheer. Halfway through, my friends and I high tailed it over to The Gaf for the 2nd part of what I was I calling “The End of the World Keg Party.” at 6:59 when Pete and Pat from The Gaf announced the keg had kicked, the entire room cheered and applauded. It was a really great way to meet a bunch of new people, try a bunch of new beers and visit a bunch of cool bars all in one neighborhood. 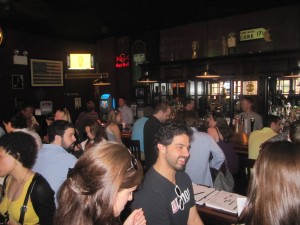 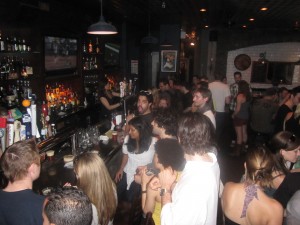 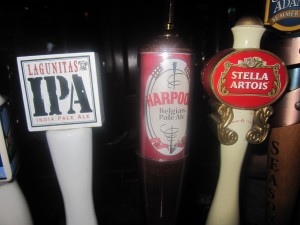 Looks like a ton of fun doesn’t it? That’s because it was! If you aren’t signed up for Thrillist Rewards yet, do it now ya punk so ya don’t miss out on all the fun. In the meantime, head up in to the “The Neighborhood” as us locals call it and enjoy these awesome bars.