That Burger Tent Takes Over Idle Hands and Billy Hurricanes

When I was a kid my Dad convinced me that about the coolest thing a man could do is own a bar and serve Beer and Burgers. When I turned 16 years old my Pops and I decided that one day we would own that exact bar as Father & Son. Unfortunately my Dad passed away on September 11, 1999 and I am proud to say that on September 16, 2010 I made part of that dream come true when some friends and I opened the Bourbon, Beer and Rock bar, Idle Hands in NYC’s East Village. Now a full year later, on the eve of our 1 Year Anniversary celebration, it brings tears of joy to my eyes to announce that the 2nd half of our dream has now come true.

As of September 8, 2011 my good buddy Dan Peterson is opening his Brooklyn Based Burger biz, That Burger Tent at Idle Hands and Billy Hurricane’s.

Here is the official announcement from Idle Hands:

On the ever of celebrating our 1 Year Anniversary with a slew of awesome Bourbon, Beer & Rock events, we got our very first birthday present. We are proud to announce that as of Thursday, September 8th, 2011 you will be able to get Burgers EVERY DAY at Idle Hands and Billy Hurricanes! We have teamed up with That Burger Tent of Brooklyn who will be taking over the kitchen and serving an all new expanded menu. Dan Petersen of That Burger Tent is bringing his proprietary blend of Pat LaFrieda meat along with Pat LaFrieda Hot Wings! Yes you read that correctly, the NYC King of beef also has Hot Wings and we’re excited to be serving them. That Burger’s menu

rounds out with Portabello Mushroom Burgers, Breakfast Sandwiches, Fries and Tots. Rev, our beer sommelier and Burger junkie have put together a very special menu of suggested paired beers to go along with That Burger’s selections so come on down and get fed! You can also expect special off-menu Burgers and beer pairings based on our selection of rotating beers.

This ones for you Bones. 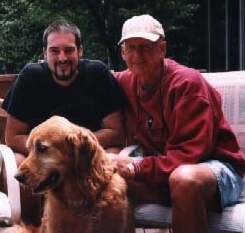