George Motz, the man behind the burger bible “Hamburger America,” and film of the same name, along with co-creator Harry Hawk, organize and run the NYC Food Film Festival. This multi-day event combines their mutual love of food and film to create a unique twist to the standard film festival. According to them; “Through documentaries, features and short films, the Festival showcases the best, and the most memorable, of the world’s favorite foods. Along with a heaping helping of mouth-watering films, Motz, Hawk and company serve up the food that guests are watching on the screen for a multi-sensory, full-bodied experience.” The motto of the festival, “taste what you see on the screen!”

Of all the food events I have ever attended, this was far and above the most unique one of all of them. Remember the last time you were sitting on your couch watching TV and a commercial or a TV show was on where they showed you an amazing piece or plate of food? You immediately started craving it and wished you were eating it right then? Imagine if in that very moment someone handed you that food item and let you eat it while you were still watching it on the screen? Talk about instant gratification right? Well, that is EXACTLY what the the Food Film Fest is all about. While you are in your seat watching a movie about a food item, you are handed it and eating it while you’re still watching it!!

I took a ton of photos, hanging with with great people, eating and drinking great stuff but for the sake of timing and story telling, I am only going to show you photos of what we got to taste while we were seeing it on the screen.

I can’t post all 28 movies from the Festival but here’s a little wrap to give a you a little preview.

THE EVENTS & THE FOOD SERVED

“Cheers To Burgers and Beers!”

Enjoy burgers from Chef Brett Reichler and others. Taste dozens of craft brews, meet the brewers who make them and try Ovenly’s Beer Cupcakes + more. For a full review and more photos, click here.

Taste what you see on the screen; Grass-Fed Burgers from Burger Maker, Sweet & Savory snacks from Ovenly & Beers from the Blue Point Brewery. 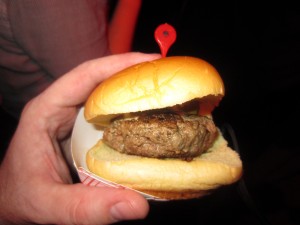 Taste what you see on the screen; Blue Potatoes in Creama, Beef Curry, Anticuchos (Beef hearts marinated and grilled) & more. 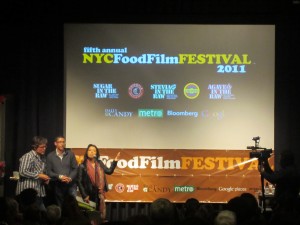 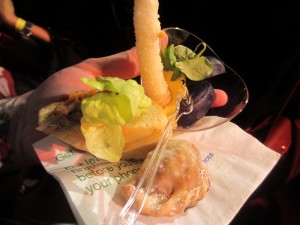 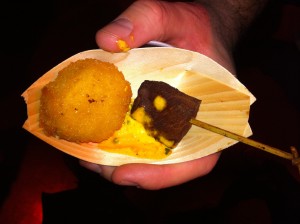 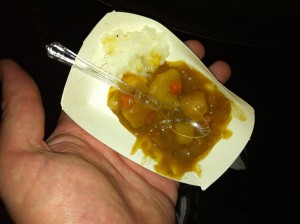 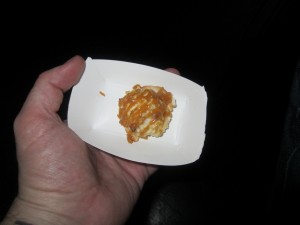 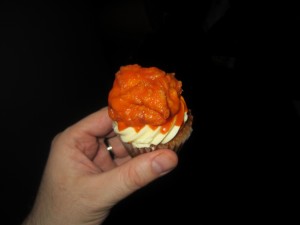 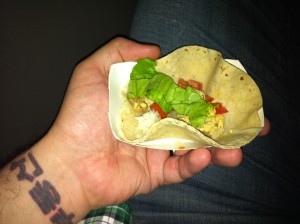 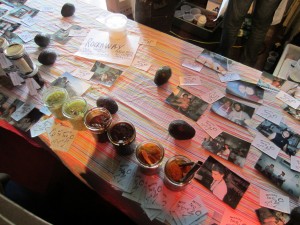 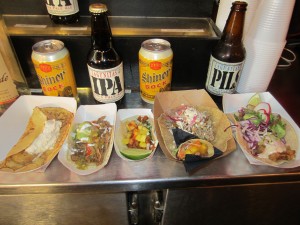 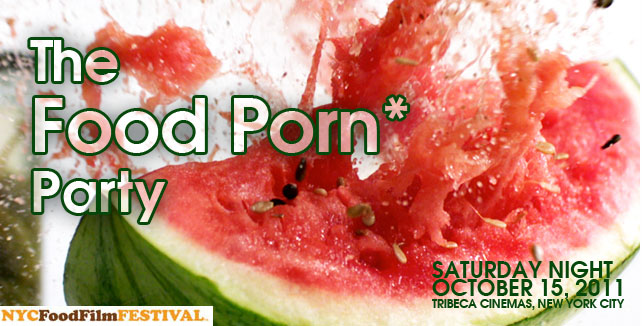 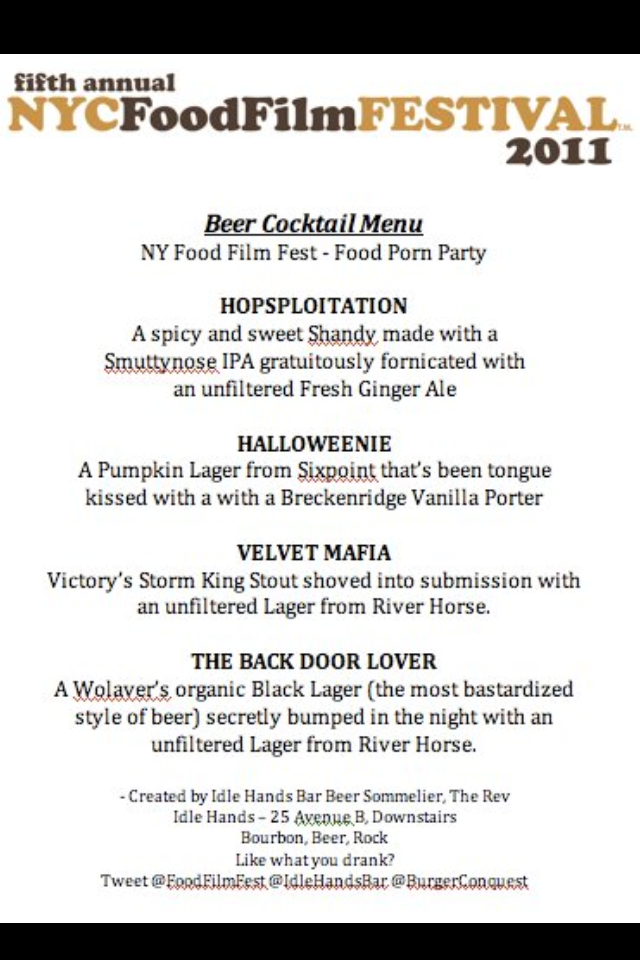 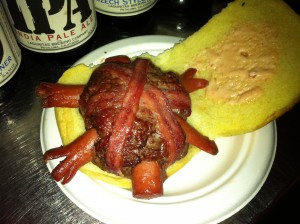 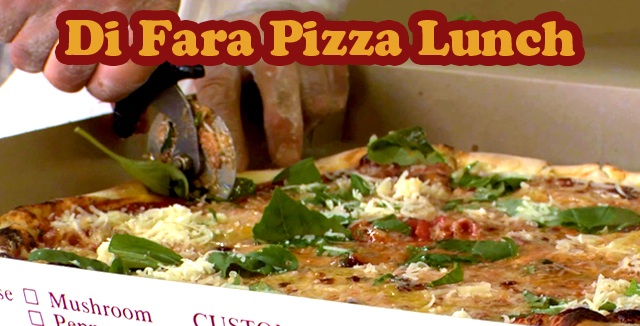 Domenico DeMarco has made every Di Fara Pizzeria pie himself for 50 years in Brooklyn…For one day only, come have a slice in Manhattan, as you watch Emily Mackenzie’s brilliant documentary: The Best Thing I Ever Done.

Taste what you see on the screen: Di Fara Pizza & An Choi’s Banh Mi. 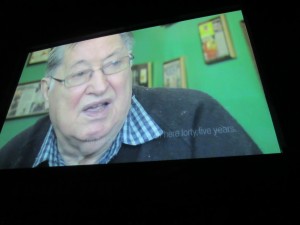 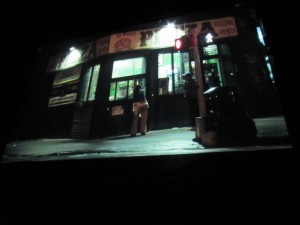 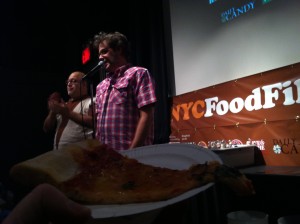 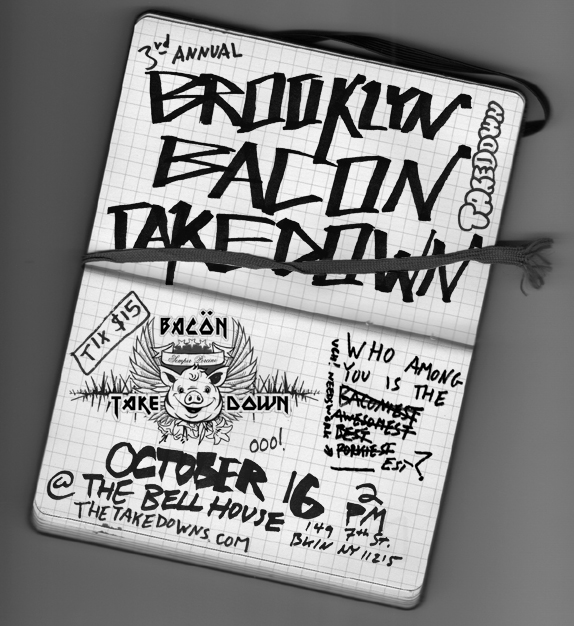 The Bacon Takedown was the only event of the festival to happen offsite. For this crazy Bacon filled bonanza, we hopped over to the Bell House in Brooklyn. This is the 3rd year the good idea in bacon of a takedown is happening! It is a proud thing to eat 20 local bacon recipes, and to shrewdly deduce who is champs! And it’s an especially proud thing to hang with these cooks- the funnest good people ever. And your jaw will go SLACK at the bacon OPTIONS!!!

Taste what you see on the screen; Bacon Candy. 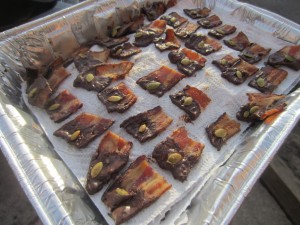 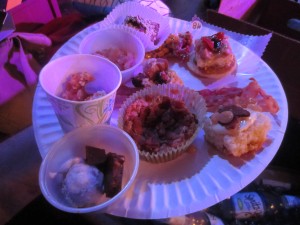 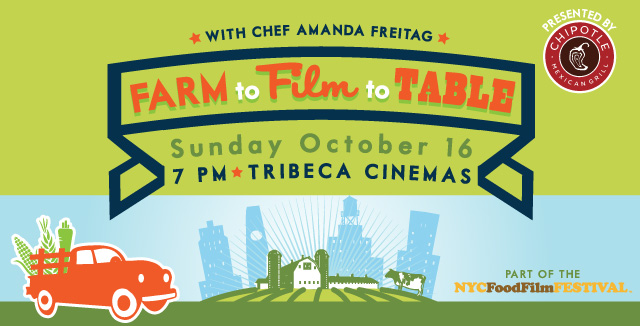 Farm to Film to Table

Taste what you see on the screen; Vegetable Soup, Molasses, Ronnybrook Milk & Cookies, Spinach Frittata with freshly picked Herbs from the Original Truck Farm. Plus, tastes of a Farm Fresh Harvest from Chefs Amanda Freitag, Neal Cain, Brad McDonald of Colonie, and Chipotle. 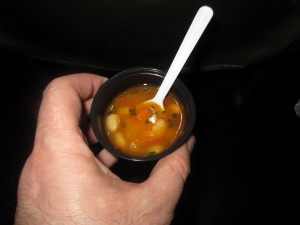 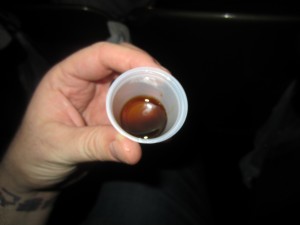 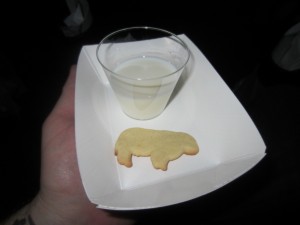 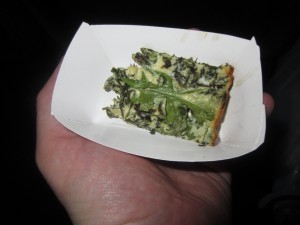 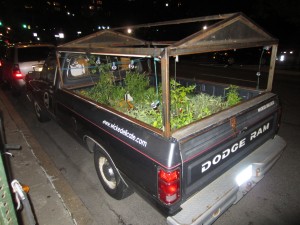 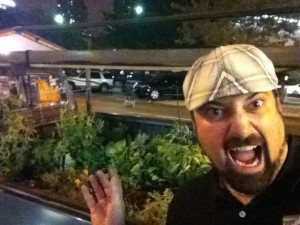 Thanks to George, Seth, Harry, Nicole, Amy, Joanne and everyone else who helped make this such a special weekend.