I’m out every night. Whether it’s at a lounge, restaurant, event, club or my very own Bourbon, Beer & Rock bar, Idle Hands in the East Village, I love NYC and I want to experience all of it. I eat and drink and then I write about my consumption adventures or as I sometimes call them, eatcations on this blog, Wingoffs.com & SteakClub7.com. Today I met a man who does the same thing but there’s one big difference between what we do. 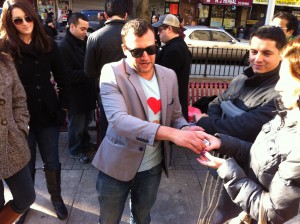 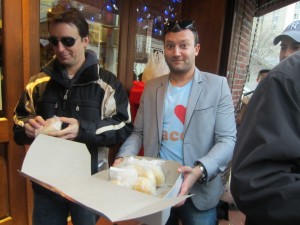 Josh Beckerman is a foodie. He is also an entertainer and more specifically, a magician AKA The Foodie Magician. The NY Times recently published an article about Josh’s slight of hand trickery that manifests himself while he out man-feasting around NYC. You can read more about Josh’s food exploits on his blog, NYCFoodie.com. Or you can get off your tailbone and join him on a Chinatown walking & eating food tour filled with tasty bites, hidden gem knowledge and magic tricks. 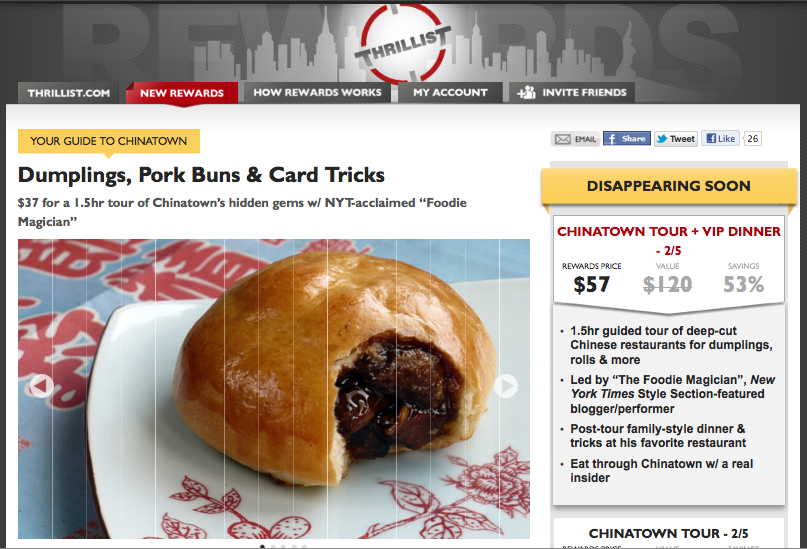 Brought to you by the folks at iadventure, tickets are still for sale via Thrillist Rewards but they’re disappearing fast.

For only $37 you can “Join the Foodie Magician as he leads you through Chinatown as only he can, stopping off at personally-selected restaurants where you will sample their signature dishes, such as dumplings and scallion pancakes at Vanessa’s Dumpling House, Pork Buns from Mei Li Wah Bakery, Almond Cookies from the Nom Wah Tea Parlor and Spring Rolls from Shanghai Cuisine.  See Chinatown through the eyes of the Foodie Magician as he shares jokes, quirky knowledge about all the sights and of course, plenty of magic along the way.” 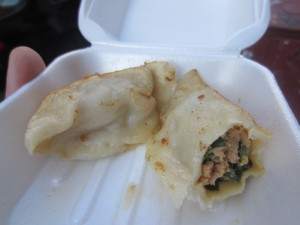 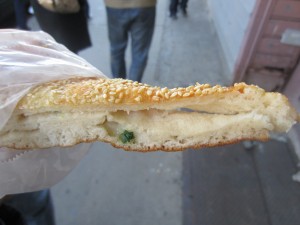 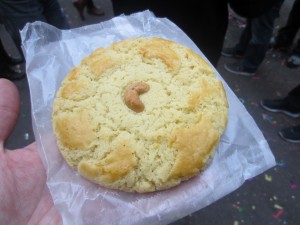 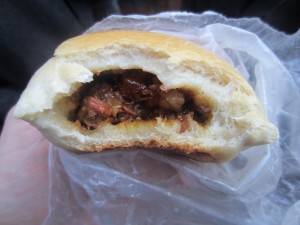 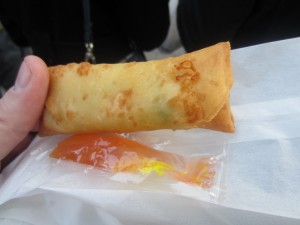 But why stop there? For an additional $20 ($57 total) “Following the conclusion of the tour, VIP Ticket holders join the one and only Foodie Magician for a private dinner at his absolute favorite Chinatown destination, the West New Malaysia Restaurant.  Enjoy Beckerman’s craft during this intimate gathering while sharing various family-style plates of traditional Malaysian fare. ” 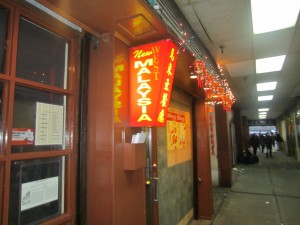 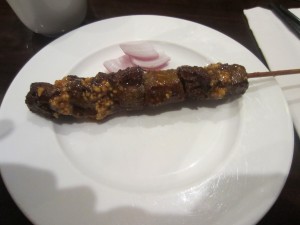 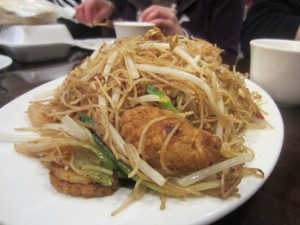 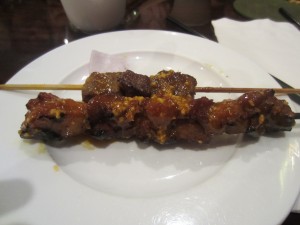 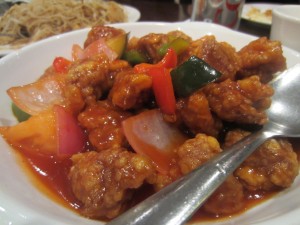 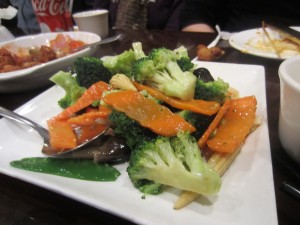 While you could easily cut and paste the above and find your way around Chinatown to eat these goods, you’ll miss out on all the jokes, tricks, mind reading, slight of hand and of course, Josh’s fave, off-the-beaten-path, do’s and do not eats of the neighborhood. He knows his way around town and unless you want to be eating a rabbit out of a hat, let Josh show you where to find all the best Chinese eats.

If you’re smart, and hungry, you definitely have to be hungry, you’ll stick around for the VIP dinner and more tricks. It’s here that Josh, using extreme mental powers, bent the hell out of my quarter with his fingers. He also busted out for the 2nd time on the tour, his signature mind game: the ability to guess ANYONE’S favorite NYC restaurant. I watched him do it twice and it was amazing! 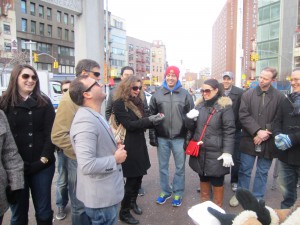 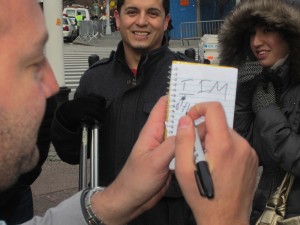 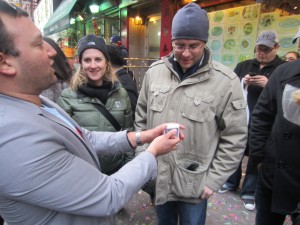 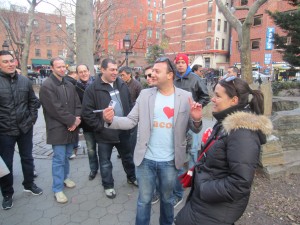 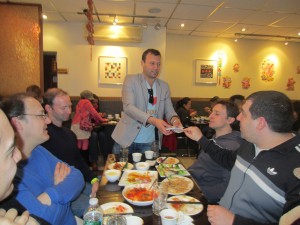 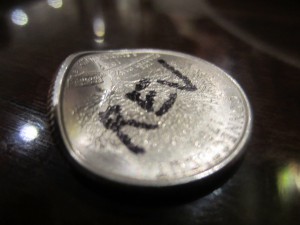 Our group happened to be very lucky as today was the 13th Annual Chinatown Lunar New Year Parade & Festival. The streets were filled with parade goers, decorations, dancers, games and all kind of fanfare. While we were standing out side of the Mei Li Wah bakery a gigantic dragon appeared on the balcony above us while children cheered him on from below all while parents set off Chinese New Year confetti poppers. In all the 15 years I have lived here, I’ve never experienced the Lunar New Year Parade and I can honestly say, I’d only go do it again if I was with Josh. 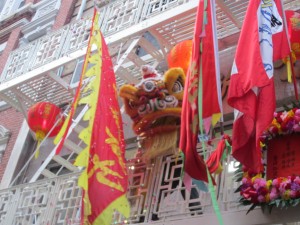 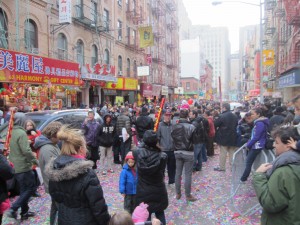 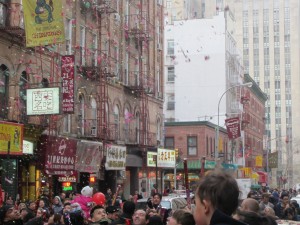 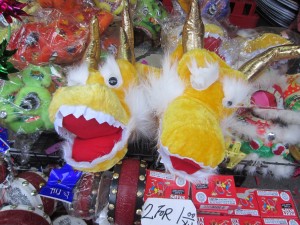 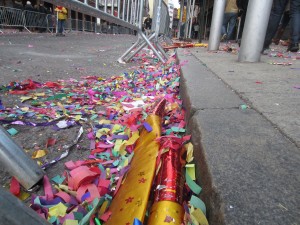 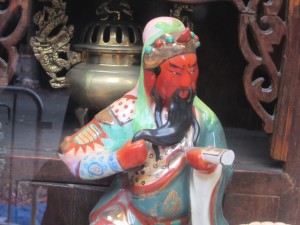 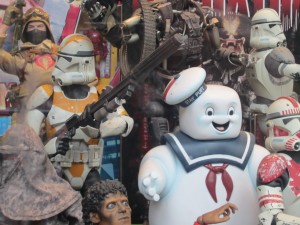 I have to say, for all the years I have lived in and around NYC, I have never experienced anything more fun or tasty like this since I got here. Josh is a riot and his tricks are truly amazing. The food is incredible and his knowledge of the local eateries is unending. Lastly. let me tell you, those Mei Li Wah Roast Pork Buns are the best 他妈的 Roast Pork Buns I have ever freakin’ had and they are only $00.80 freakin’ cents!!

“BUT REV!! THIS IS A BURGER BLOG!!” I know, I know. Because I always make a big deal about not going OT (off-topic) even when I have something awesome to tell you about that’s non-Burgery. With that in mind, here are some photos I took from the Chinese Lunar New Year Parade. 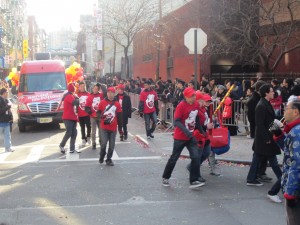 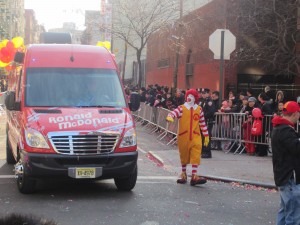 Did you see it? Yeah? We good? No reverse palm trick here! Not enough? OK! I didn’t have to guess (it’s in the NY Times article) but in case you were wondering, Josh’s fave Burg’ in NYC to make vanish? The Lamb Burger at the Breslin. 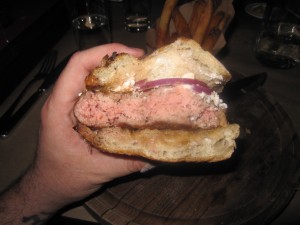 Get your tickets to the Foodie Magician’s Insider’s Guide to Chinatown Walking Tour before the vanish into thin air. Then tell Josh Beckerman the Rev sent you.

Hint: When Josh guess your favorite restaurant in New York City, the answer is That Burger at Idle Hands & Billy Hurricanes!

Want to see the rest of the 200 photos I took of the tour? Click here and you’ll be magically taken to the Burger Conquest Facebook page where you’ll find them. VIOLA!