THE CONQUEST
I’ve been to Steak ‘n Shake once before and I didn’t like it. Take a breath.

You back on board? OK. I’ve said this many, many times and 100% of the people I’ve admitted that too have looked at me like I just told them that Zombies are real. (MFZAR by the way.) It was about 10 years ago, I was on the way from the Milwaukee Metal Fest en route to the Chicago airport. I was incredibly hungover when we pulled over to eat there. The Fries were burnt and terrible. So was the Burger and it was also incredibly greasy as well. Since then, every time somebody told me how much they love the 75 year old Midwestern Burger chain, I looked at them like they told me that Van Halen WASN’T referring to Hamburgers in the song “Everybody Wants Some.”

I maintained this despite all the funny looks. When Jim from Steak ‘n Shake was introduced to me by my brothers in the Burgeratti, it was the first thing I told him. Having said that, I told him, like I tell you now, I am definitely willing to give it another shot. Then this arrived in my mail… 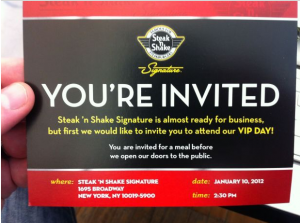 Gus Belt opened the first Steak n’ Shake in Normal, Illinois in 1934 with a desire to bring premium Burgers and Shakes to the hungry people. Gus, so determined to serve the freshest possible Burgers he could, actually ground the Beef in sight of the restaurant guests. Since then, the flat griddled sensation has grown into more than 500 stores. It’s a diner style restaurant, most of which have a drive-through for a sit-down & on-the-run service. Most of them are open 24 hours a day and maintain some of the cheapest Burger prices in all the land. Gus passed away in 1954 but his legacy lives on and now…it’s in NYC!

The NYC Steak N’ Shake opens to the public at 10 am on Thursday, January 12th, 2012. It’s located right in the heart of Midtown, directly next door to the Ed Sullivan Theater. The Manhattan location is more of a to-go concept, sans drive-thru, seating only 24 at a time and will close every day at midnight. Their regular menu has been reduced for the NYC to only a few Shakes, Fries, Steak Dogs, Shakes and the “Original” Double Steak Burger which is only $3.99 with Fries! However, there are 3 very important additions which can NOT be found at any other Steak ‘N Shake: Beer (in suds from Brooklyn Brewery), Wine & the all organic “Signature” Steakburger. It’s a fresh made 6 oz Beef Patty ground from cuts of 100% organic Rib Eye and NY Strip Steak. The Burger comes cooked medium well, as opposed to the well-done searing method given to the thinner patties form the “Original.”

THE BURGER
So how did it live up? It was awesome. All the hype is completely deserved. While I thought the Original was good and loved every seared and salty bite, I definitely preferred the Signature. Everyone thought I was crazy but as Seth Unger, Josh Ozersky & James Kenji Lopez-Alt pointed out, I didn’t grow up eating the Original like they did. Nick Solares however agreed with me; the Signature, for being a fast food Burger was juicy, succulent, delicious and actually cooked medium well. Look at the picture, there’s a little pink in there! I absolutely loved the melted slice of savory and creamy American Cheese as well as the very sturdy yet soft Bun.

The Steak ‘n Shake Signature Burger is definitely one of the freshest & tastiest Fast Food Burgers I have ever had.

The Fries were much better than I had remembered. They had a real Potato flavor with a softer inside to a crispier outside. I had a Peanut Butter Cup Shake and it my friends, was no-freaking-joke! I’m not much for sweets but this place respects their namesake by offering one hell of a good Shake.

While there, I met Kenneth Faulkner, VP of Operations for Steak ‘n Shake. As part of Ken’s job, he oversees R&D for the company. He’s been with Steak ‘n Shake for more than 30 years and has seen it all. When I told him of my original visit to Steak ‘n Shake, he replied “Oh Yeah. The Racine, WI store. That one’s been shut down a long time ago.” Amazing, truly amazing. I couldn’t have been more impressed. Funny to think though, the one time I had this historic Burger was at the one location that had to be taken away. HA!

I was able to snag a back to take back to the office which is all the way in Soho. That’s 7 Subway stops for those of you counting. Way out of a standard delivery range and generally longer than you would travel with hot Food in a take away situation. I’m happy to report that they Burgers maintained their structure, flavor and were still warm, thus answering the question, can Steak ‘n Shake offer to go Burgers. HELL YEAH. 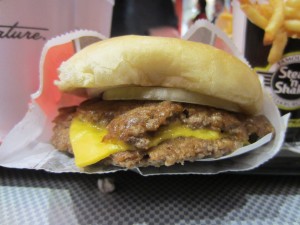 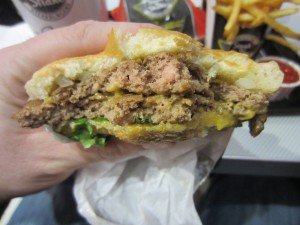 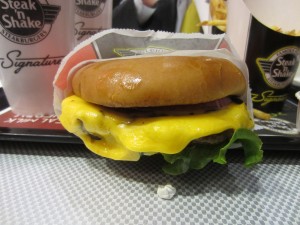 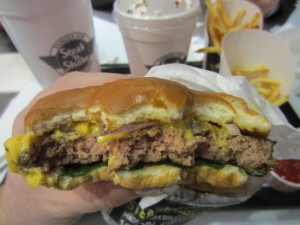 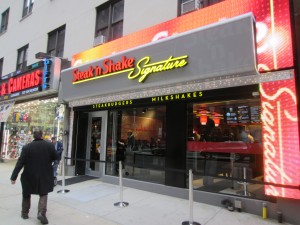 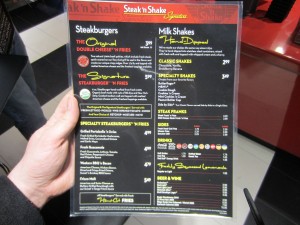 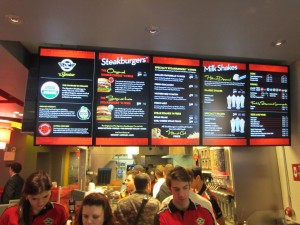 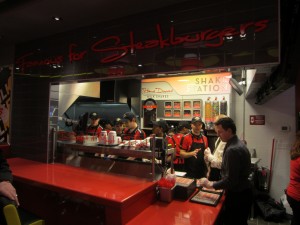 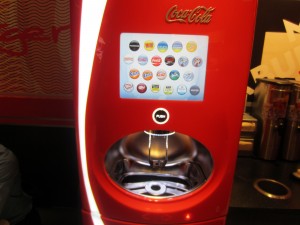 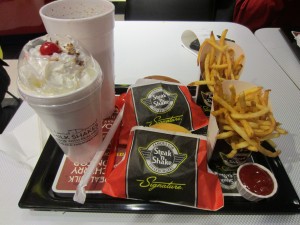 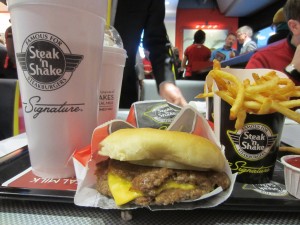 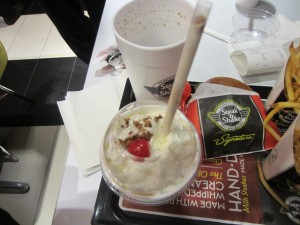 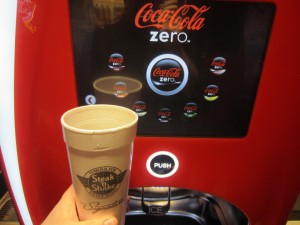 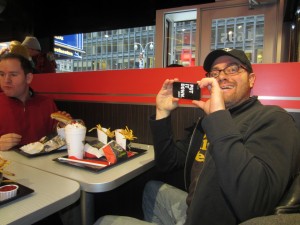 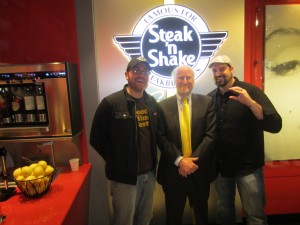 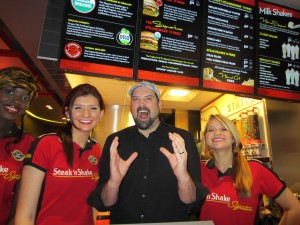 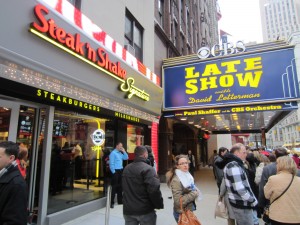