It’s the month of May and that means good-bye April showers, hello May cook-out Powers!! That also means the start of  National Hamburger Month! Here in the Big Apple we are getting ready to take part in New York Burger Week from May 13-20, 2012. It’s going to be 7 glorious days of awesome Burger events happening all over town. Make sure you are signed up to Thrillist Rewards so you don’t miss when tickets go on sale for the events on May 8, 2012. There’s no better way to usher in National Hamburger Month like having an outdoor Burger Cookout especially when it’s the Baldor Foods Burger Battle Of The Club Chefs! 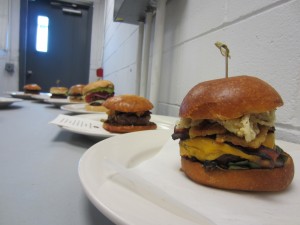 Baldor Foods, according to their website; “is built on sourcing the finest and the freshest seasonal product from around the globe and from local farms right here in the northeast region of the United States.” They are a large foods distributor serving the greater New York Area. If you live in the city and are at least somewhat alive, you’v surely seen their trucks all over the place bringing in fresh foods to your favorite restaurants. From the interactions I have had with them, I can only tell you that these people are passionate about fresh food and getting it to the best of restaurants and stores. This year, on April 30, 2012, the day before National Hamburger Month begins, let’s now call this New Burgers Eve, threw a massive Burger Competition outside of their culinary stadium in the Bronx.

From the press release: 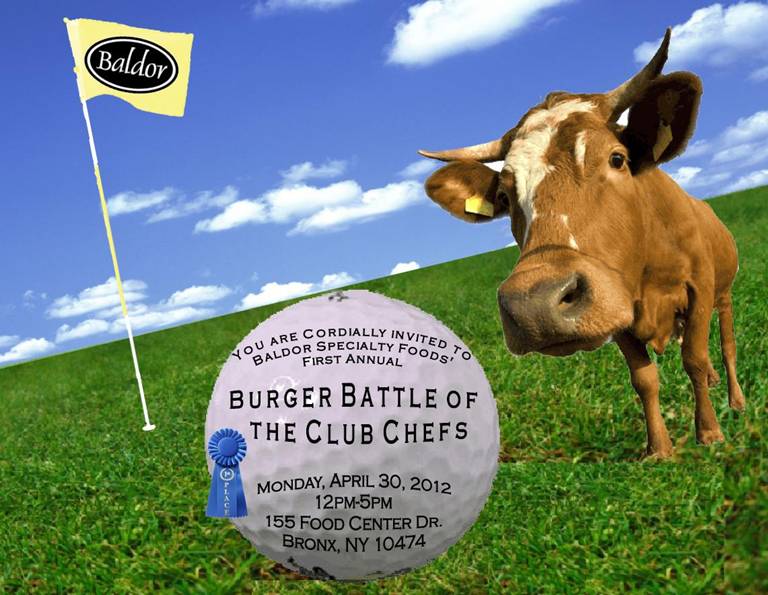 Judging honors will go to a panel of seasoned food professionals and Burger aficionados:

The event is being generously sponsored by Great Northern Beef, Five Spoke Creamery, Patriot Pickles, Eli and Ali Tomatoes, Guida’s Dairy, and Mann’s Packing. Each producer is donating $500 – $1000 towards a grand prize purse for the winning “burger – meister” – to be donated to the charity of their choice.

Four to six griling stations are being set up outdoors in our parking lot along with a PA system and displays of both Baldor and vendor products, weather permitting.

This event promises to be a day of music, mingling, food and fun, with the irresistibly sweet smell of smoky barbecue wafting through the streets of the Bronx. There could be no better prelude to summer.”

I was lucky enough to be invited to attend and act as a documentarian for this amazing event. Upon arrival I was ushered into the judges room. I sat while I watched Josh, Melissa and Mark effortlessly chow through 6 intensely crafted Burgers made by some of the top club Chefs in the area. 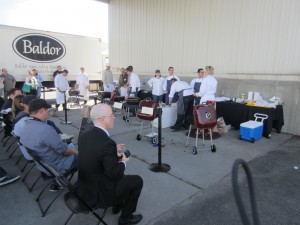 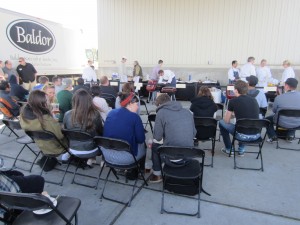 It was a blast watching them discuss the culinary aspects of each Burger that came across their plates. Josh constructed a very intricate mathematical judging system of categories for each of them to rate all of the club Chef’s Burgers. 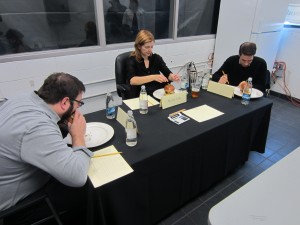 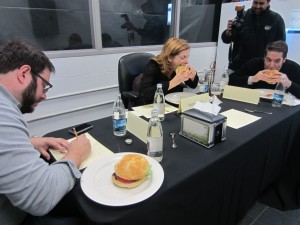 While the judges sat meticulously writing down details of each of the Burgers they ate, attendees of the event enjoyed a selection of Food & Drinks from the event’s sponsors. This included one of my New York City faves, Esposito & Sons Sausages!! 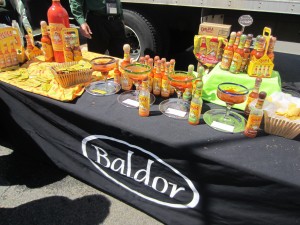 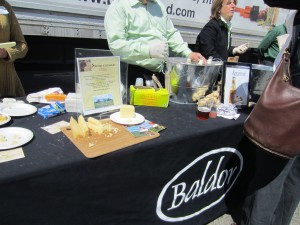 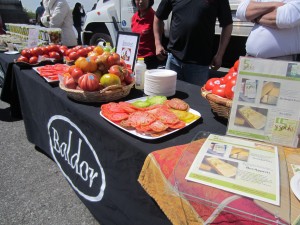 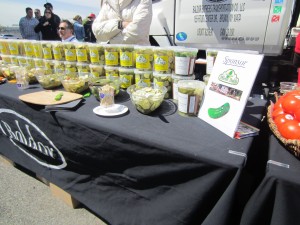 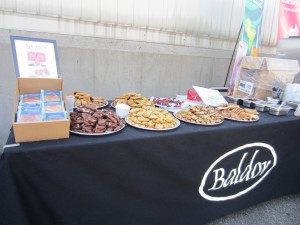 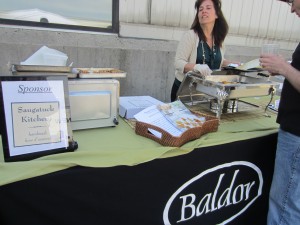 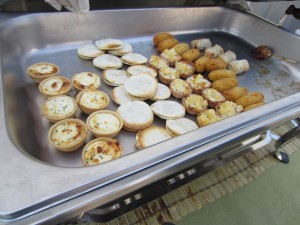 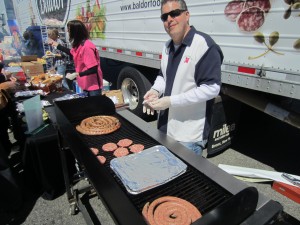 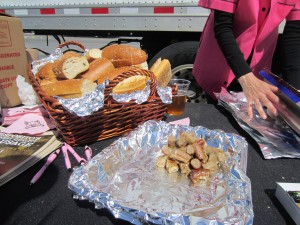 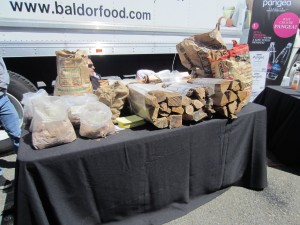 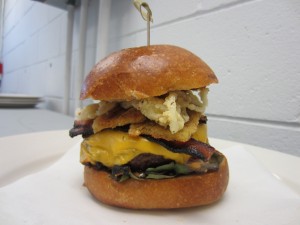 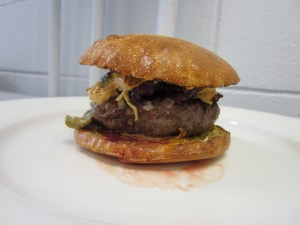 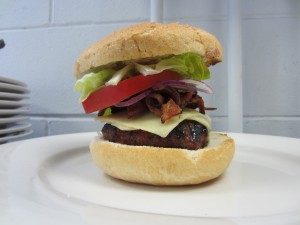 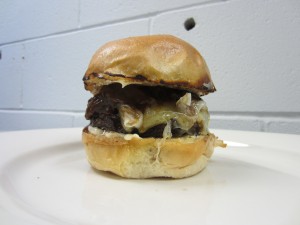 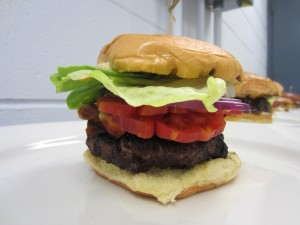 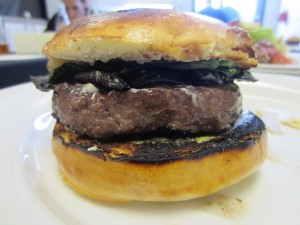 A bonus of sitting in the judges room was getting to try each of the Burgers myself and I can tell you this, they were all delicious and picking one over another was no simple task! After much deliberation, Josh, Melissa and Mark emerged from the judges room prepared to hand over the results. Announcements of the winners were mdae by Baldor Food’s own John Magazino. 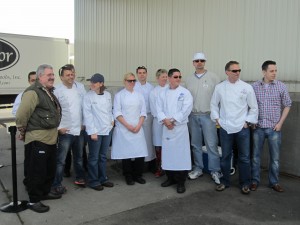 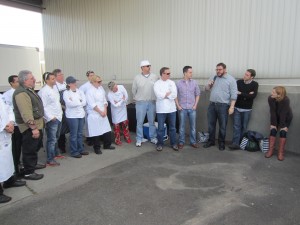 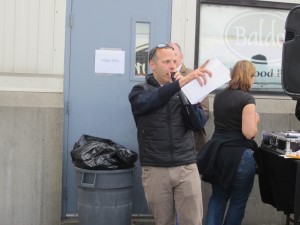 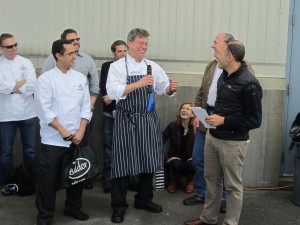 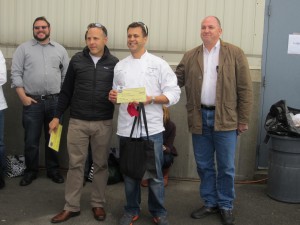 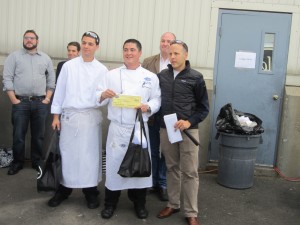 Congrats to all the Club Chefs, Baldor Food and the judges on a spectacular and fun way to kick off National Hamburger Month on Ne Burger’s Eve!

Not included in the judging competition, but a sandwich that everyone agreed was one of the best things served, was the Esposito and Sons Grilled Sausage Patty on a squishy roll with Onions and Peppers! 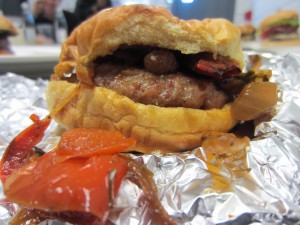 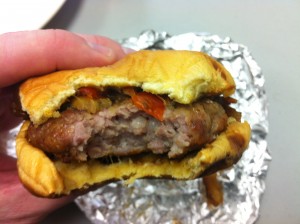