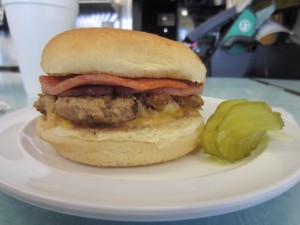 THE CONQUEST
Most people won’t leave their neighborhood, let alone their block for lunch. Maybe their too busy, maybe they don’t care or maybe there’s just as good an option around the corner as that place everyone is talking about across town. Totally possible, especially here in New York City. There’s a great Taco, Sandwich, Pizza, Chinese, Salad, Steak, Thai, Cupcake, Indian, Burger, etc spot in nearly every neighborhood of this town. But like I said in my review of Mark Burger on St. Mark’s Street, in a town filled with just about every option to every type of business available, there is one massive, gaping hole that deserves to be filled and that’s a PROPER Hamburger Slider.

A Slider is a form of Burger made from a thin Patty that is flat griddle along with Onions, whose steam helps to cook the Burger. It’s served on a Squishy White Bun with or without Cheese and Pickles. You probably see the word “slider” on menus all the time and what’s actually served is a Mini-Burger. It’s a common misperception that really, Really, REALLY pisses me off, along with a number of other Burger fanatics fighting the good Slider fight. As a native Michigander, I proudly claim homestate rights to this magical form of tastiness. But I don’t live there anymore and being that there aren’t any of them in the city, I, along with my Slider obsessed pals, Seth, Artie from Food Film Fest, George Motz from The Learning Channel’s Burger Land the  & Hamburger America and Mike from Edit Beach, have to go to the Slider’s second home, NJ to get them. Which is exactly what we did for lunch on this sunny Friday afternoon.

After the turn of the century in the early 1900s, the Meat packing industry suffered massive set backs due to uncleanly practices. As US businesses tried to work around this, fast serve Burger restaurants started to use the word “White” in their name to evoke a sense of cleanliness to potential customers. The most famous of which is White Castle. In NJ, a string of short order diners popped up under the name White Rose System. They served a simple luncheonette style menu but really made them sought after were their Sliders. In Linden, NJ you’ll find Rich Belfer still running a White Rose System built in the 60s that he bought from Jack Hemming, its original owner. While the menu these days has all sorts of short order food, it’s still all about the Slider and after numerous TV shows, the world knows that Rich has some awesome Hamburgers waiting for you.

THE BURGER
George ever being the true Burger purist and friend to Rich, has his own special preparation of the Burger that Rich immediately asked us if we wanted once we walked through the door. Sliders are 5 for $5 at the System but you can ask for the “bigger version” which is essentially the same as the $1 version but with a large Patty thus increasing the Beef to Bun ratio. There’s a little glass window on the customer side of the grill that allows you to watch Rich perfectly steam up a thinly-sliced Onion covered, perfectly smashed and seared fresh Beef Patty, the way it’s supposed to be done, on a steamed soft White Squishy Bun. There is nothing like a Slider and nothing like one made by Rich at the White Rose System.

I had to remind myself to slowly and calmly eat my Burger, remembering to enjoy each and every bite. This was of course after I, along with everyone else, snapped off a bunch of photos which is pretty common place with this crowd but still gets a chuckle from the locals. Just as I was enjoying the last bite, Rich came over and asked “so George, do you want me to make the other special Burger for everyone?” Before George could answer I jumped up and said “YES YES YES! What is the special Burger? I’M IN!” It turns out the “special” Burger is actually called a “Jersey” Burger and it’s a Slider topped with grilled Pork Roll or as it’s also called, Taylor Ham. It’s a prepared Ham product that was created in Trenton, NJ and despite it’s local popularity, it’s almost impossible to find outside of the New Jersey and Philadelphia area. If you’ve never had it, you’ll never understand but it’s sort of kind of not really but I guess close enough to Canadian Bacon. It’s primarily eaten for Breakfast with Eggs and Cheese. However, if you’re at the White Rose System, you can get it flat griddled and on top of a Burger. If you’re a fan of Pork Roll, you know how damn freaking awesome this is and you’ll want to get your ass out to the White Rose System right away to get one, or 5, for yourself.

So rent a car, get on a bike, check public transit routes, lace up those sneakers, hire a helicopter, get a scooter or whatever the hell it takes to get you to Linden, NJ. The White Rose System has the classic kind of delicious, proper made Slider that defines the Sandwich.

Damn it. I want one right now. 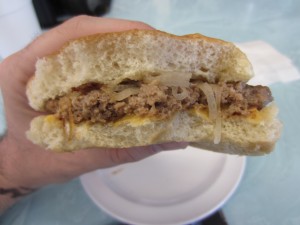 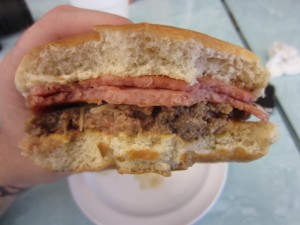 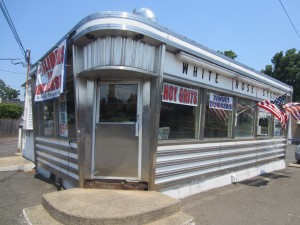 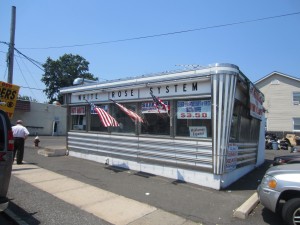 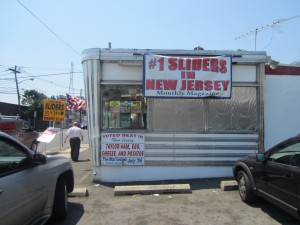 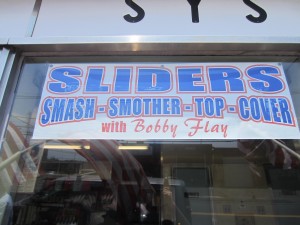 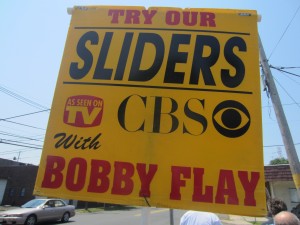 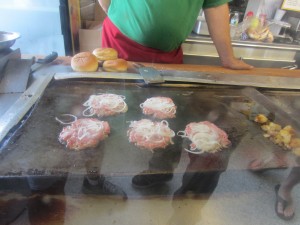 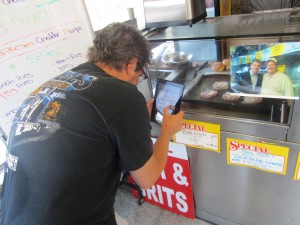 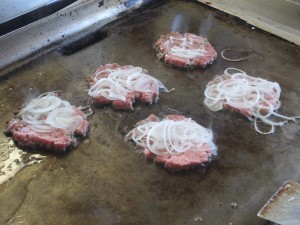 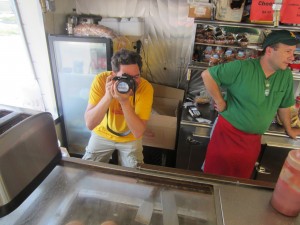 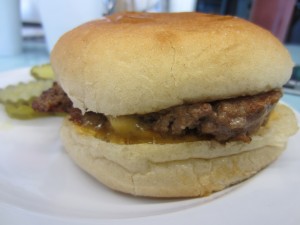 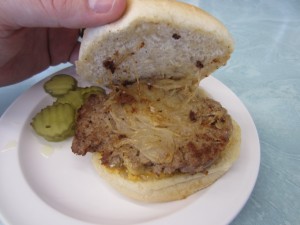 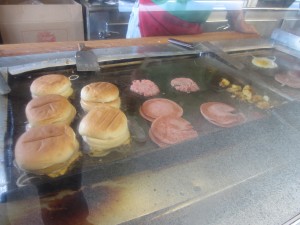 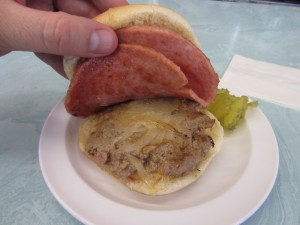 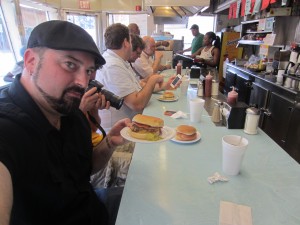 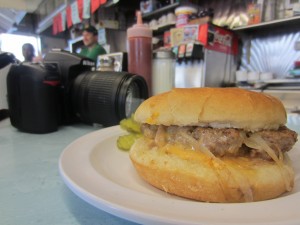 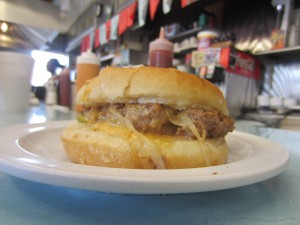 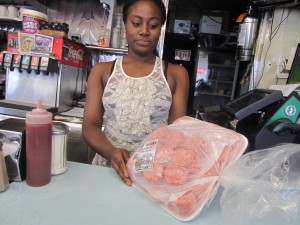 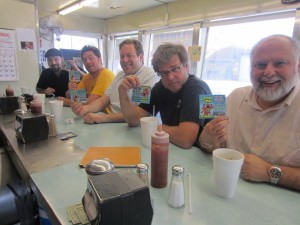 The White Rose System scores a 0 on The Rev Meter.