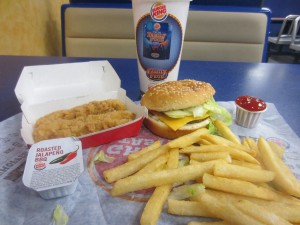 THE CONQUEST
Yes, I went to Burger King. Yes, I am writing about it. It’s not the first time either, that was back in 2010 & then again at the Burger King Whopper Bar in 2011. I make no bones about it, I love all Burgers and that includes fast Food Burgers. I was raised on a steady diet of the Golden Arches and I even worked there for 18 months when I was 16. In fact, check the site and you’ll find reviews for Wendy’s, White Castle (many), In-N-Out (many more), Jack in the Box, Halo Burger, Steak ‘N Shake, Sonic Drive-In, Carl’s Jr., Del Taco & Five Guys Burgers & Fries. Truth be told, I love em. Like Ted Moseby explains to Barney in the 2012 season finale of “How I Met Your Mother,” they can’t all be legen … wait for it… dary. If they were all legendary, then none of them would be because we wouldn’t know the difference.

But this post really isn’t about the Food at Burger King. It’s about WHY I went to Burger King. My Bank places relevant & targeted competing offers to try out similar merchants to ones I’ve already been to. It happens right on my online bank statement. For example, let’s say you ate lunch at a restaurant near where you work and you pay with your Bank of America card. The next time you login into your account online, or open the app, you’re going to see something like this: 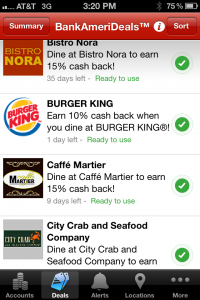 Then the next time you go to that competing restaurant and pay with your Bank of America card (or one of the other 400+ banks they work with), you’ll get a cash back reward on your next statement. It’s far and above the most powerful local marketing tool that’s ever been created.

On the back end, it’s handled by a company called Cardlytics. I know what you’re thinking. “How come I haven’t heard of Cardlytics?” Answer: they only power the platform for the banks. Each bank calls it something different but the one you’ll hear the most about is Bank of America’s “BankAmeriDeals.” Here’s an exceptional article on AdAge about Cardlytics that discusses the platform and how beneficial it can be to local businesses.

This video sums it up pretty well too:

P.S. If you are reading this blog and not a “How I Met Your Mother Fan,” then you’ve never seen “The Best Burger in New York” episode.

THE BURGER
So how was it? Mine was actually a little cold and dry. It wasn’t great. I do love the BK’s Chicken Strips though. I won’t lie about that. But that’s not the story here. You’ve either eaten at BK or you haven’t and you either love it or you dont….OR YOU’VE NEVER BEEN THERE AND YOU’LL GET A CASH BACK REWARD IF YOU DO!!! It was one of the first BankAmeriDeals that popped up in my account and me being the Burger guy, I figured it was the appropriate place to start. 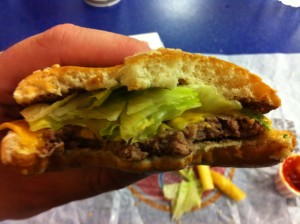 BankAmeriDeals / Cardlytics ability to spend my money elsewhere?
10 out of 10 Ounces
-Rev

Then a few days later … BAM!! Right there on my statement, Cash Back from BankAmeriDeals. 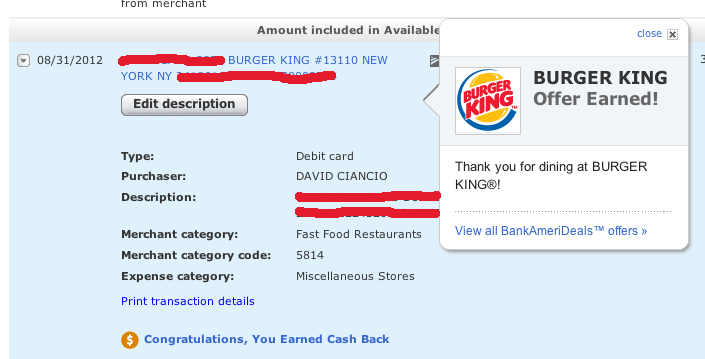 But that’s not all! Guess who is the lucky winner? It’s me! DING DING DING!! I won a free Southwestern Burrito from the BK Family Food / Feud scratch off game. 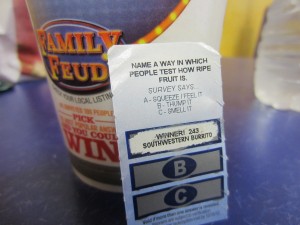 The one thing I can’t figure out? Why this Burger King, which has many cool scenic NYC pictures hung up, decorating their walls, has one of a Sabrett’s Hot Dog stand?!??! 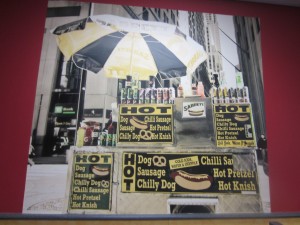 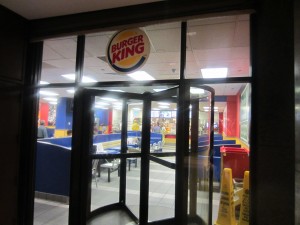