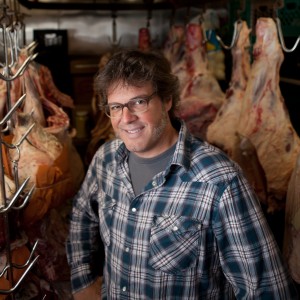 George Motz is America’s foremost hamburger expert, the host of Travel Channel’s Burger Land, the director of The Food Film Festival, and author of Hamburger America, a guide to 150 great hamburger joints. He has also eaten more burgers in more places than you.

Favorite style of Burger: Smashed on a White Squishy Bun

Burger that haunts your dreams at night: McDonalds!

What is the one Burger you’ve always wanted to try but still have not: There are MANY, but to name a few – Mos Burger in Japan, Fergburger in New Zealand, Ono Char Burger on Kauai, W&M in Honolulu, Bates Hamburgers in Detroit,….I could go on..

The secret to making a great Burger: K.I.S.S….simplicity is the downfall for most. Look to history – new ideas rarely work.

Under no circumstances whatsoever, what should NEVER be put on a Burger: Donkey Sauce

If you could eat any Mythical Creature which would it be: either braised Ewok short ribs or prime rib of Sasquatch.

If you could have a Burger with anyone alive, or dead, fictional or real, who would it be and where would you take them: I’d take my Dad to the Apple Pan, and then to Irv’s..

Name one Burger in LA that for once, people should get off a plane and go eat instead of In-N-Out: Irv’s, because she was in danger of closing AGAIN, thanks to high rent. Get there before you’ll regret not getting there.

Please use this space to talk about or plug anything else you want: Burger Land airs Monday nights on Travel! Changes to new time slot starting April 29th, 9pm.

**Editors’s note: Be sure to watch for a special guest appearance from Me, The Rev on the NYC episode when I got to introduce George to the Burgers at Korzo.

4 Responses to The Cattle Call – George Motz from Burger Land