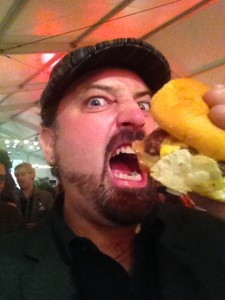 1,828 days ago, specifically, Friday, October 16, 2008, 5 friends went out for a burger at Arthur’s Steakhouse in Hoboken, NJ. On that day, my Glorious Pursuit of Delicious Burgers began. That means it’s Burger Conquest‘s 5th Burgerthday!

If you’re doing the math, that’s one Burger every 2.76 days and if there is any day worth upping the average, it’s the New York City Wine & Food Festival Blue Moon Burger Bash.

I started this blog as a joke. It was a reason for my friends and I to get together, eat Burgers and have a laugh. The impact it’s had on my life has proven it to be more than some measly laugh. Whether it’s working with The Food Film Festival, being a part of Get Real Presents, co-owning Idle Hands Bar, helping the guys from the Grill ‘Em All Truck on the path that lead to their first brick and mortar location or my biggest Burger accomplishment to date: the 2nd Annual NY Burger Week, Burger Conquest has turned me into an expert burger taster, at least according to The Learning Channel and George Motz.

It happens every year on the Friday of the Festival and features Burger after Burger from Chef after Chef, competing to be named the best of the best. This year’s Burger Bash featured 27 Burgers and try as you may, there’s little chance of you trying each one. Each person is given 1 token which they can use to vote for their favorite Burger. At the end of the night all the tokens are tallied up and the “People’s Choice” award is given to one talented Burgermaster. It’s a ridiculously fun and tasty event and the best part is, the proceeds from the Burger Bash go to benefit the Food Bank For New York City who help to feed the city’s hungry.

PEOPLE’S CHOICE WINNER
This year Chef Josh Capon from Lure Fish Bar and Burger and Barrel along with Guy Fieri from Guy’s American Kitchen & Bar tied each other to win the highly coveted 2013 People’s Choice award. This makes the 4th year in a row that Chef Capon has brought home the victory. 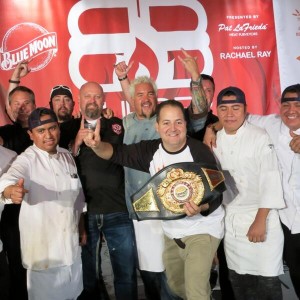 Photo of the victors from my food lovin’ friend Megan Murphy – @ThisGirlCanEat on Twitter. 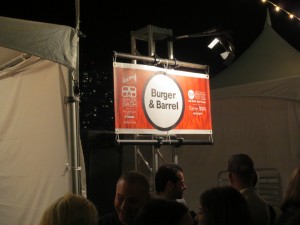 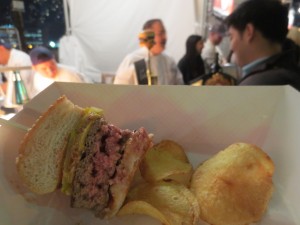 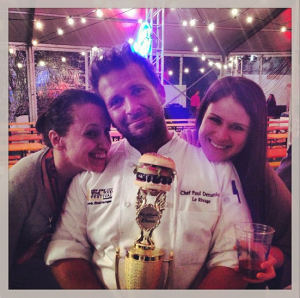 Photo of Chef Paul and team from my Burger Bashin’ Bud, Seth Unger – @condimented on Instagram. 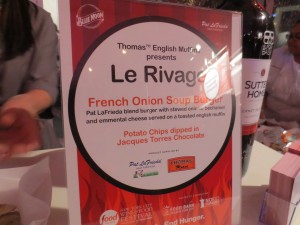 THE BURGERS
The night was filled with fun, friends, music, entertainment, drinks and of course, lots of tasty, tasty Burgers. Here’s what I was able to try. 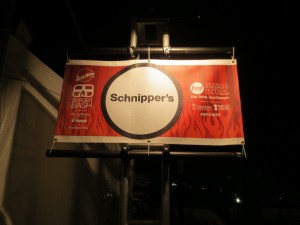 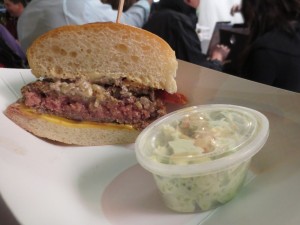 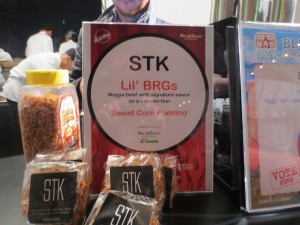 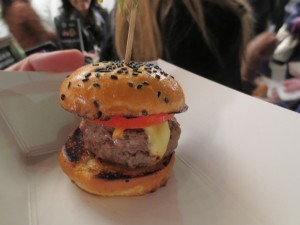 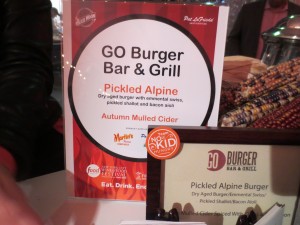 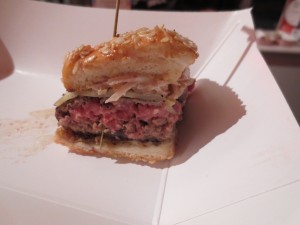 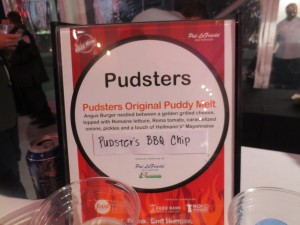 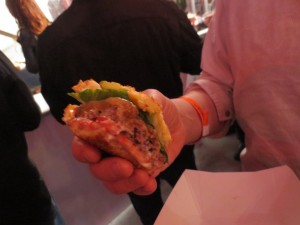 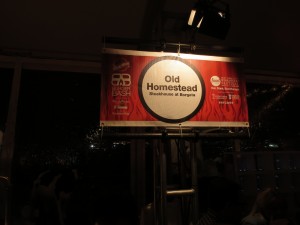 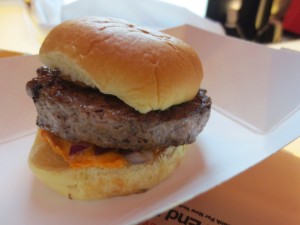 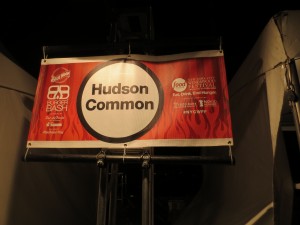 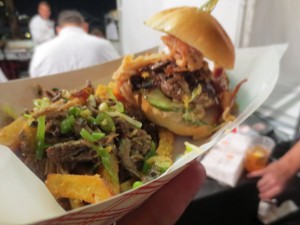 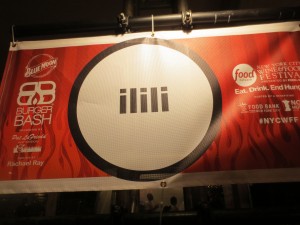 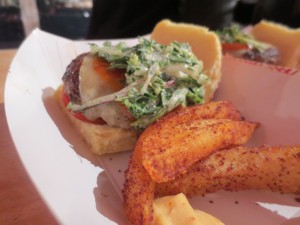 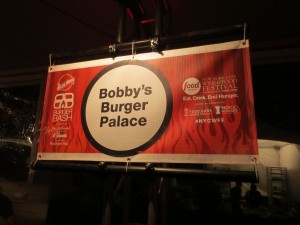 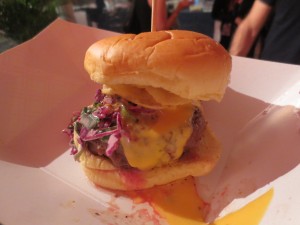 Thank you to the people at Bullfrog & Baum for spreading the Burger love.

Thanks to Megan and Seth for the photos of the winners. 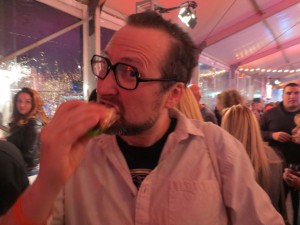 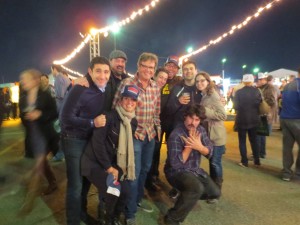