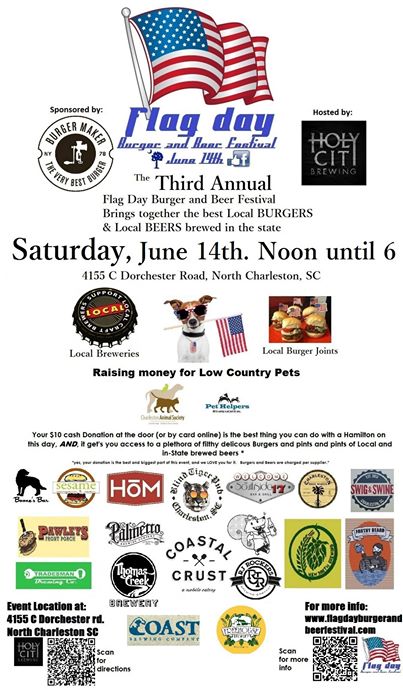 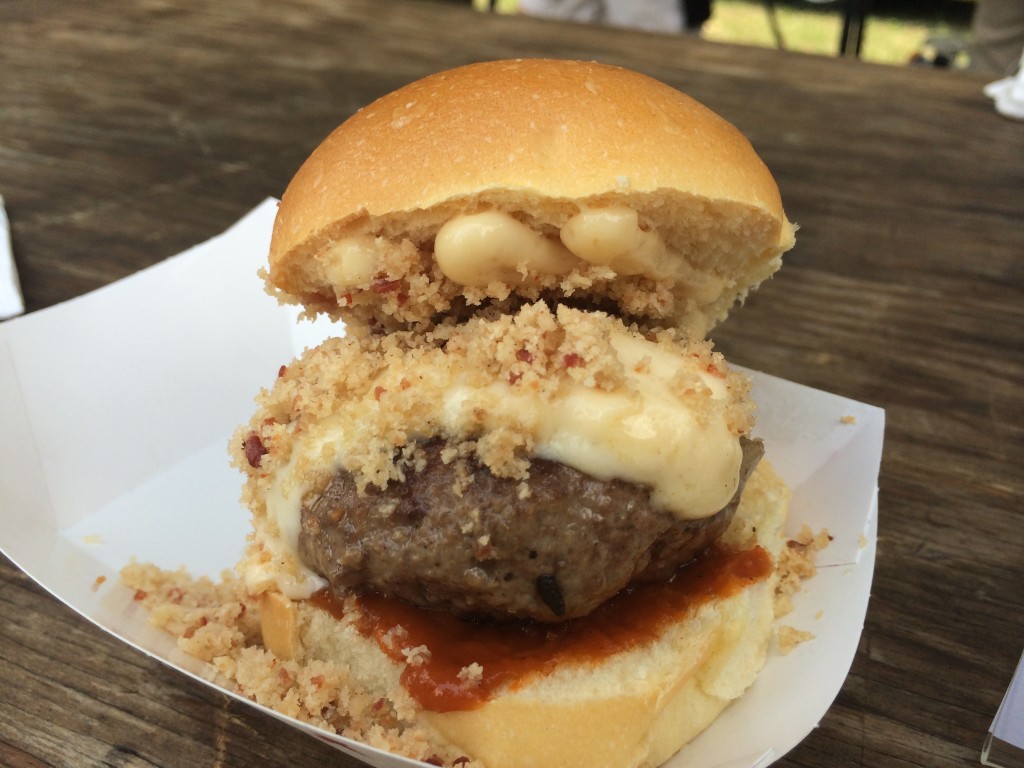 While talking “Burg” with Chef Shay he mentioned he had his own annual Burger Festival. It takes place every June 14th in Charleston, on Flag Day, to commemorate the adoption of the flag of the United States. The event centers around local Burgers from a number of Burger-centric restaurants and local brews from Holy City and other breweries. The proceeds of the event are donated to a local no-kill, non-profit 501(c)3 Adoption Center for animals called Pet Helpers. Burgers, Beers, America and super cute Pooches? There was no holding me back from getting involved from Shay’s Flag Day Burger and Beer Festival!

As you know, I work for Burger Maker, a family owned and operated ground Beef processor. We have the highest-quality and freshest to market Burgers in the business. One of my roles at the company is to help cool events like this to be a success. A couple of phone calls later and it was official, we were happy to be sponsoring the event.

The Third Annual Flag Day Burger and Beer Festival will be held on Saturday, June 14th at Holy City Brewery.

THE BURGERS:
Each participating restaurant was allowed to sell as many different kinds of Burgers as they wanted along with any sides. They were all given access to choose any Burger Maker product offered to make them.

Once you paid to be in the festival, you could go from tent to tent and purchase as many of them as you wanted to try. Most were priced around $4-$5 so overall, a very affordable experience considering what you were getting. Beers were available in the same manner as well as inside of Holy City. I tried my best to have as many Burgers and different Beers as I could but I am only one man! Below are the Burgers I got to personally enjoy. 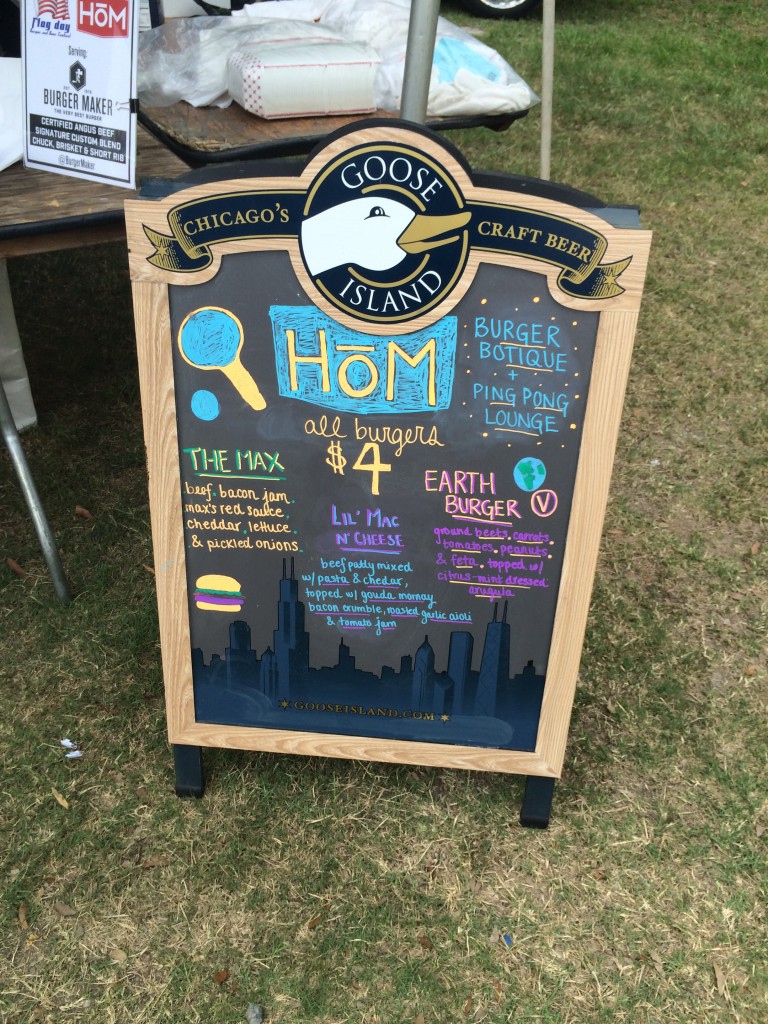 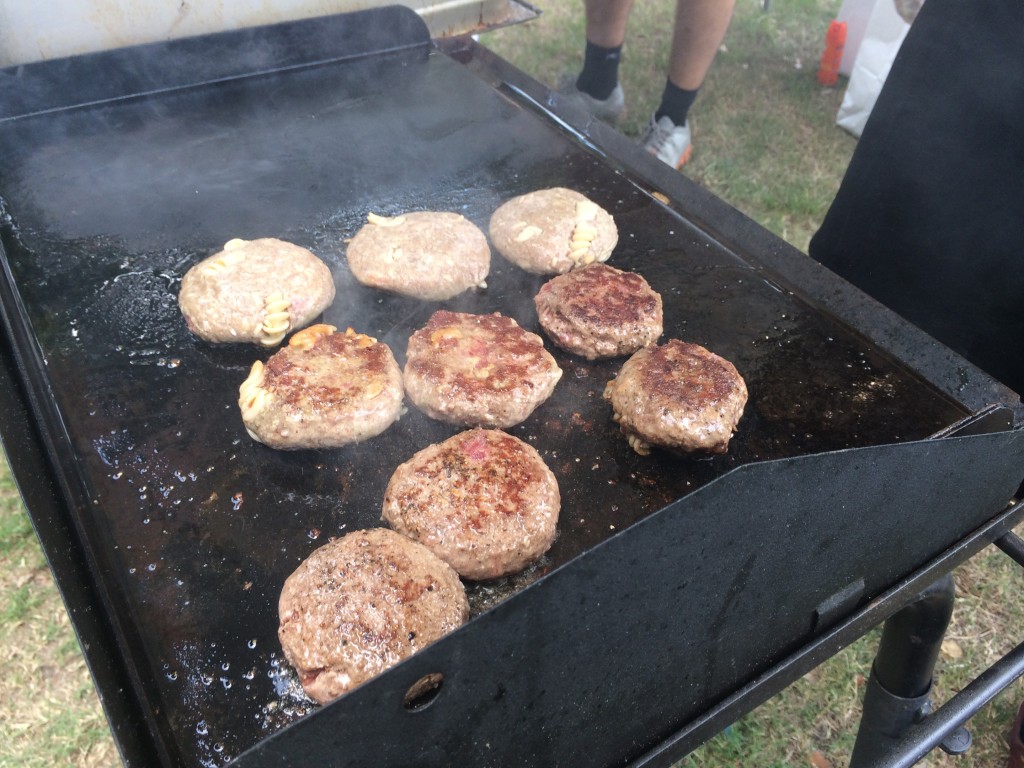 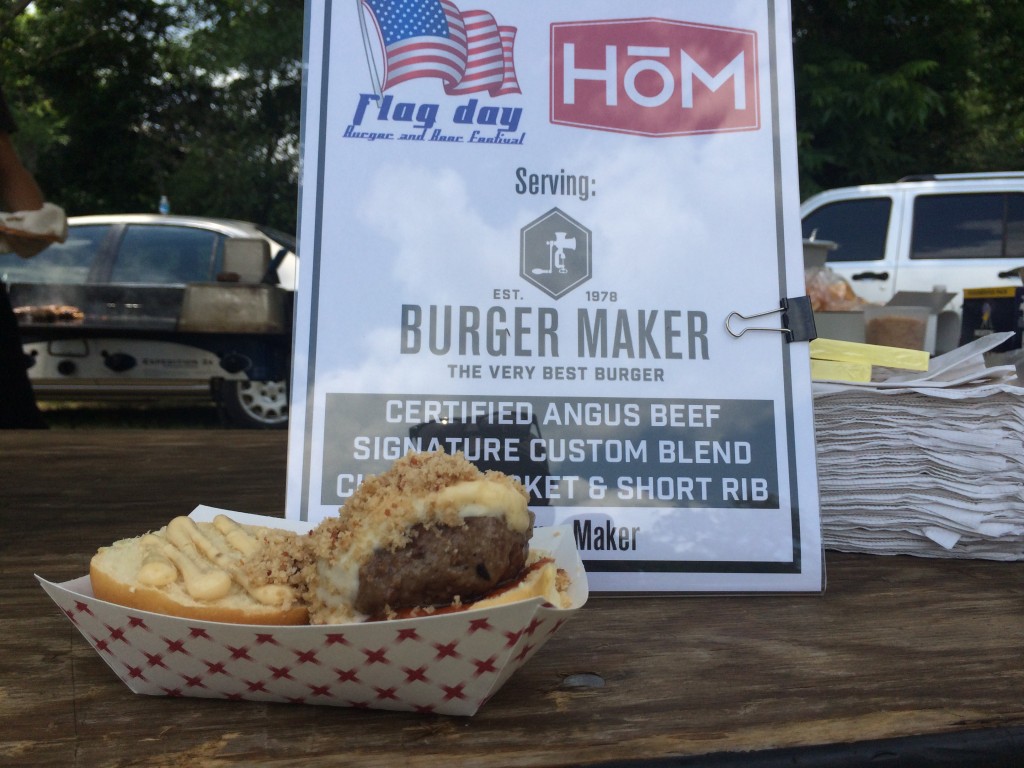 They also used our signature custom blend of Chuck, Brisket and Sirloin for another Burger but it had Shrimp on it and I don’t eat shramps. 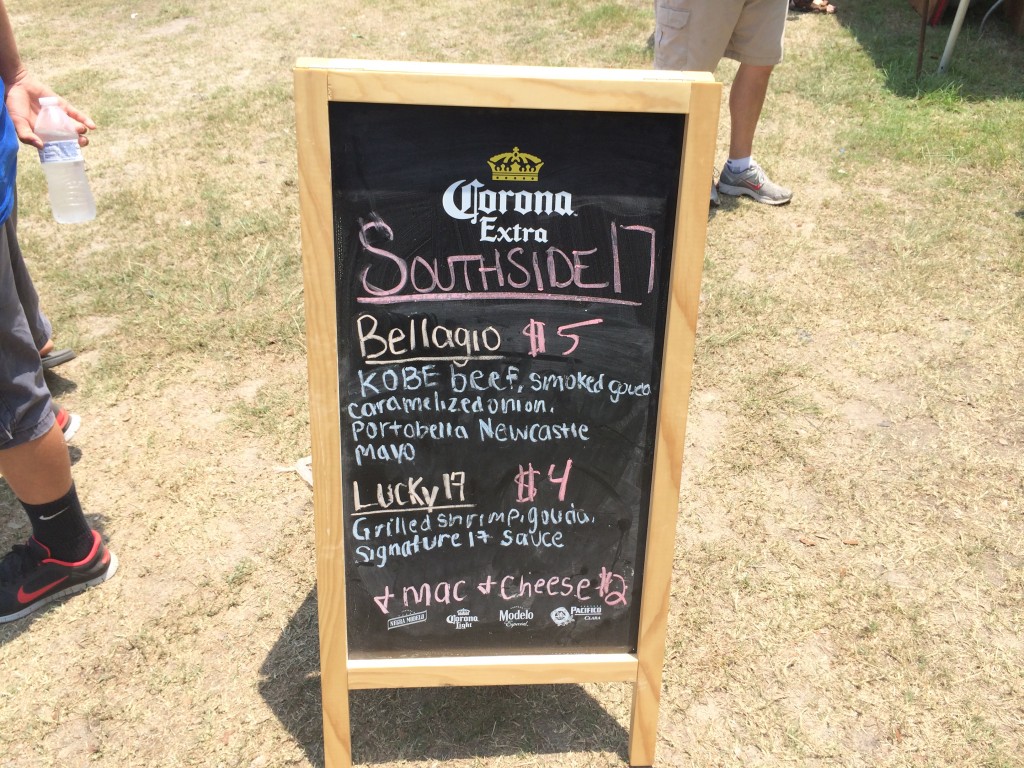 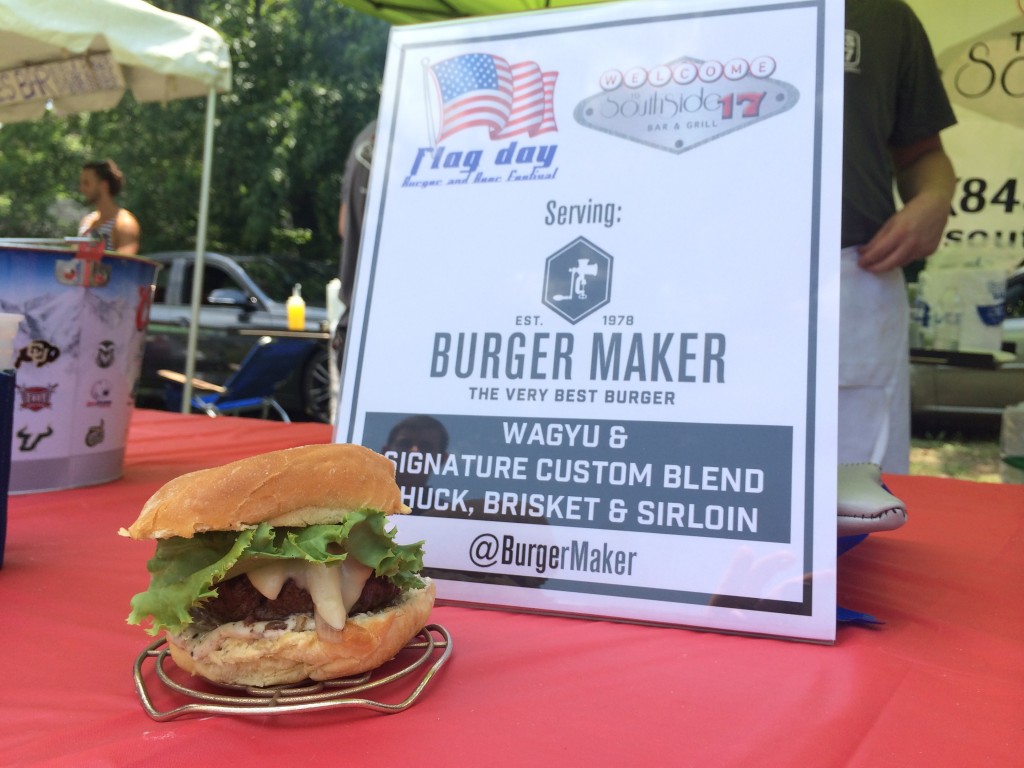 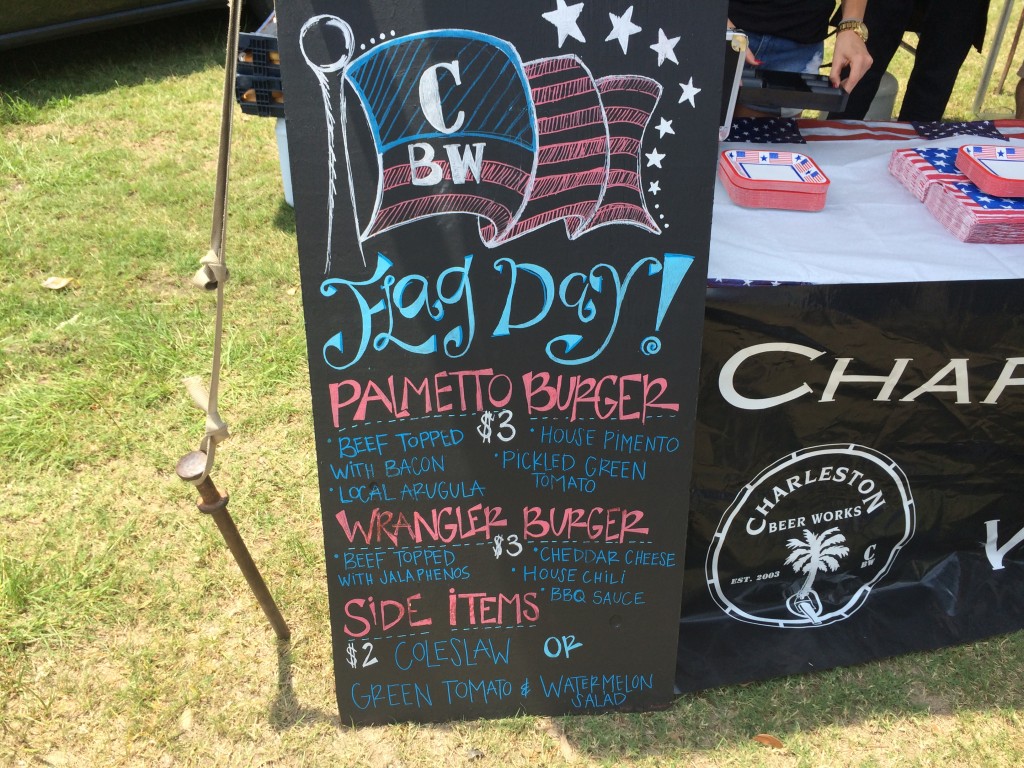 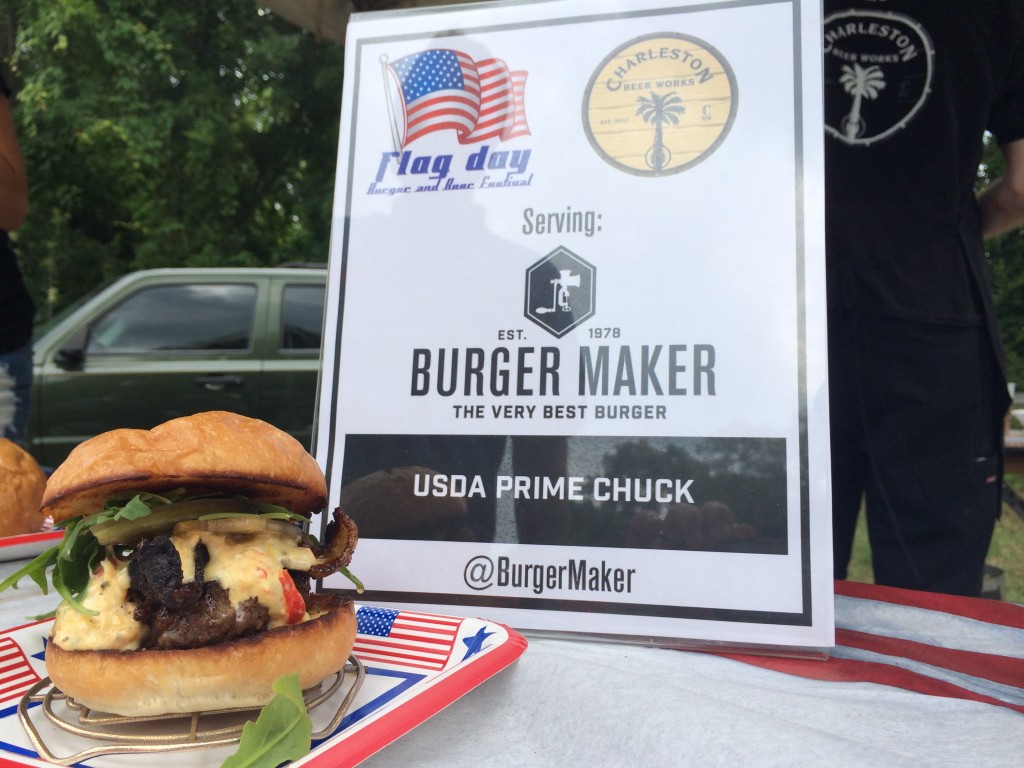 Unfortunately due to an over-full stomach and a torrential downpour that cut the festival a little short, I was not able to eat all of the Burgers available. Really bummed out I didn’t get to try “The Memphis,” from Sesame Burgers & Beer. It was made with Burger Maker’s Certified Humane, All Natural Ground Beef and topped with Bacon, Banana and House Made Peanut Butter! 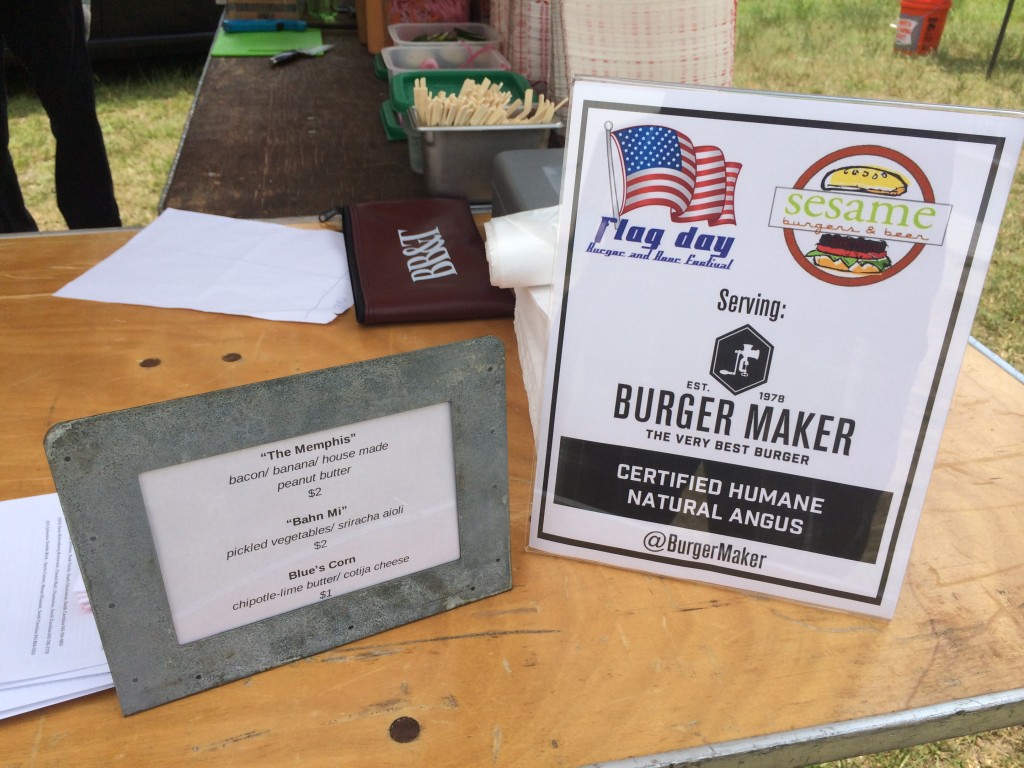 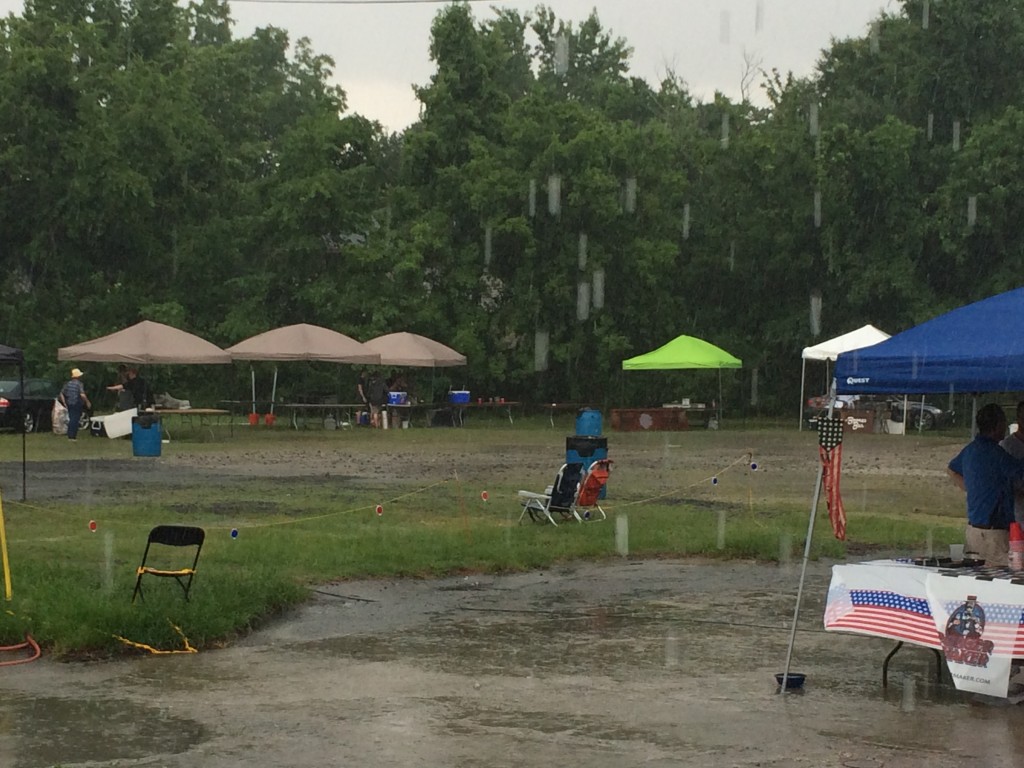 THE BEERS
There were a lot of tasty Beers served at the festival, especially with Holy City offering their full line up in the tasting room. I’d have to say though, my favorite of the day was one that Holy City made just for the event: Old Lightning Smoked Scotch Ale. Here’s the story directly from the Brewery:

To celebrate the “Burger” part, we’ve brewed a low ABV, smoky Scotch Ale, chock full of body and with just enough smoky character to complement your grilled patty of choice. The original idea was to name this beer for the one the first cows in the Angus breed line, Old Granny. Fortunately, our trusty brewer Tim “Manuel Fantastico” Bettencourt did what he always does: he made things fantastic. He related the story perfectly, but changed the name from Old Granny to Old Lightning in his version. Makes sense. 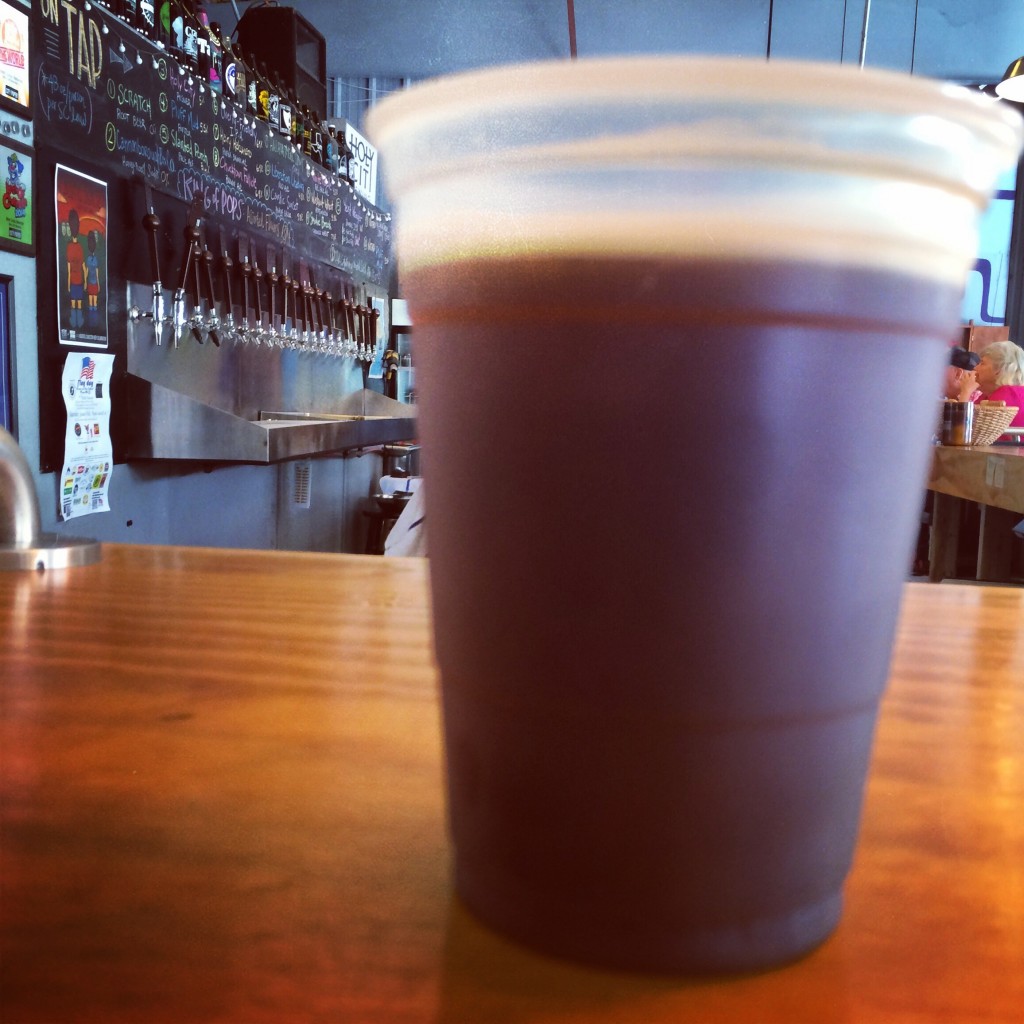 Another personal fave was Holy City’s Hall & Oatmeal Stout. A Stout is not exactly the style of Beer you want to be drinking on a hot day in the sun but damn it was good. 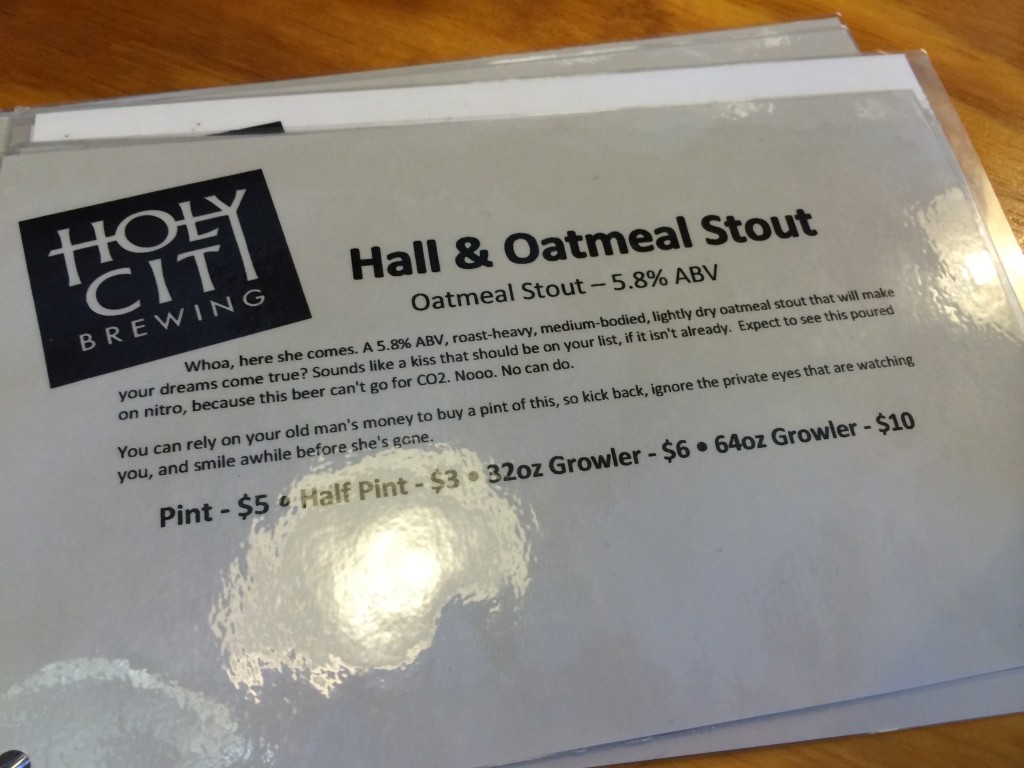 Also worthy of note, Palmetto Brewery’s American Red Amber Ale. Not many Breweries would choose an Amber to be their flagship Beer but when it’s this smooth and malty, it absolutely makes sense to me. 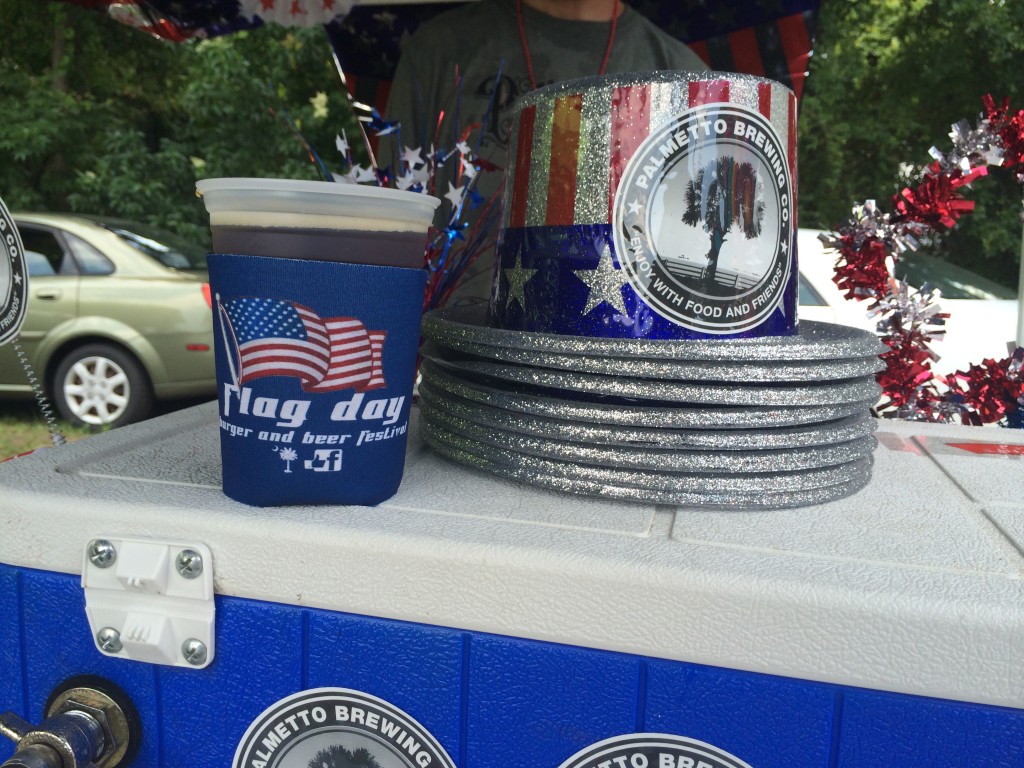 Of course one of my favorite parts about the Beer portion of the event was carrying them around in my limited edition Flag Day Burger and Beer Festival / Burger Maker co-branded Beer koozie! 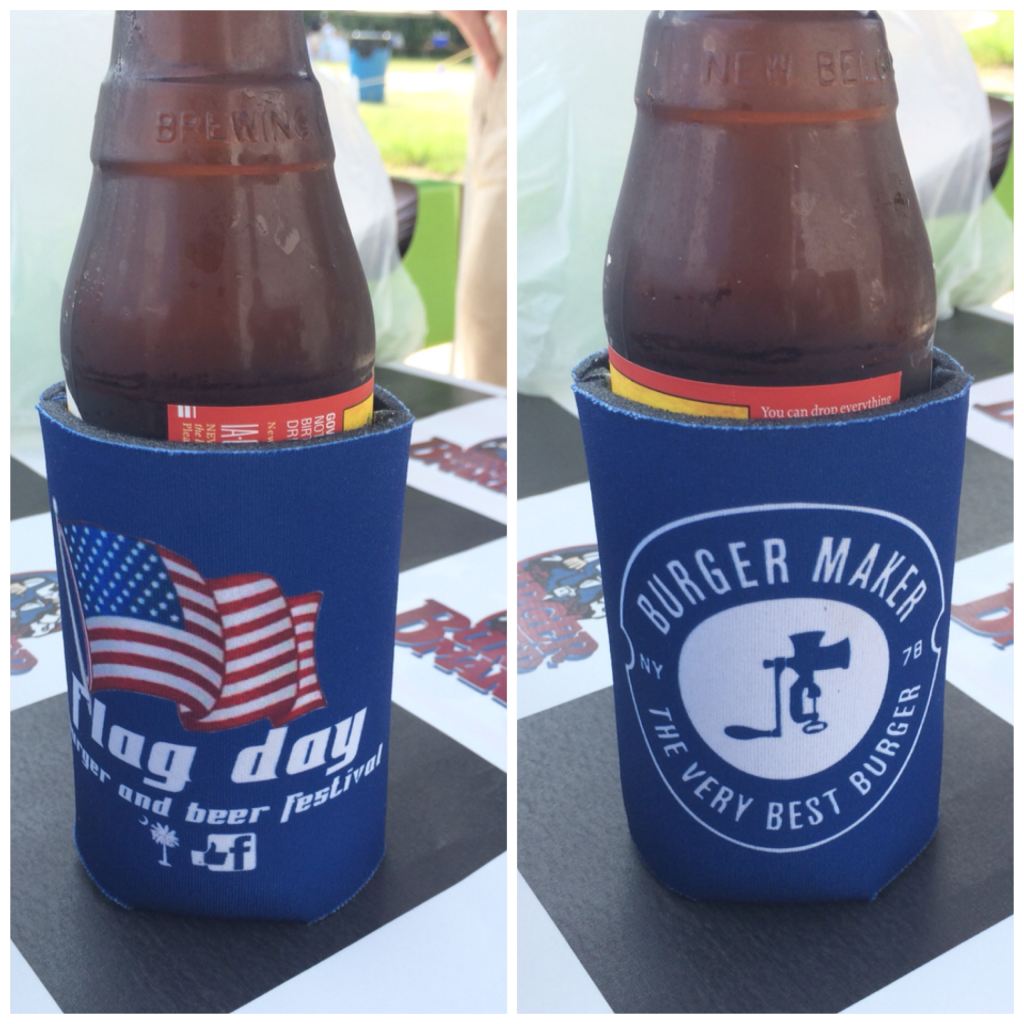 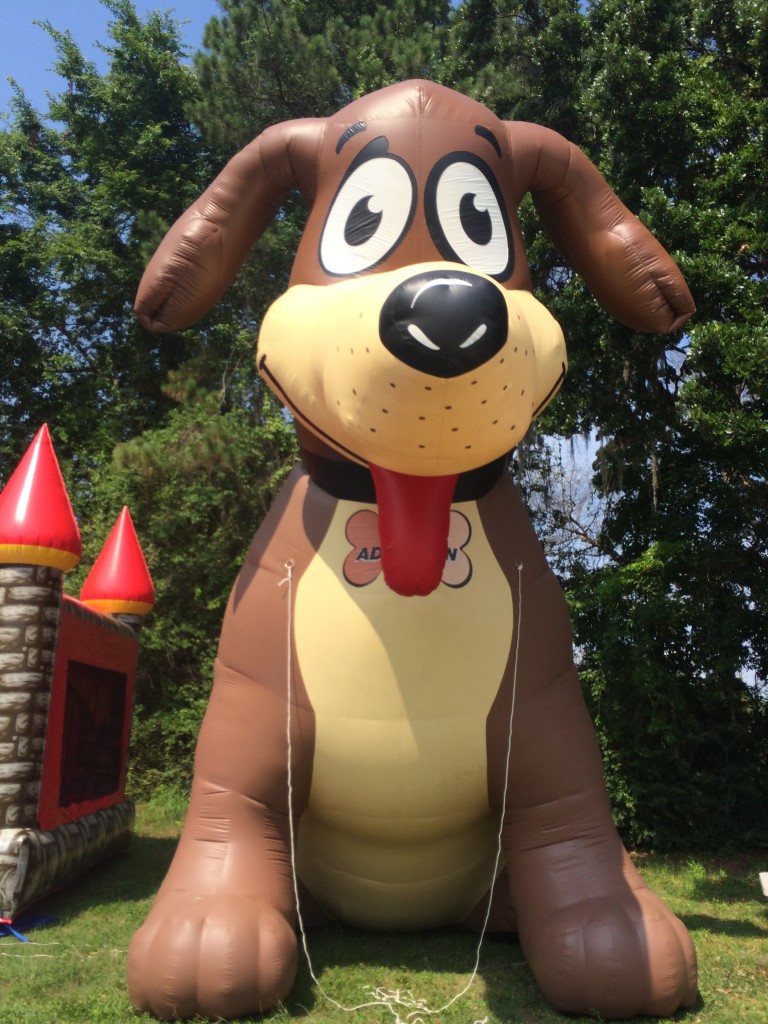 The other reason I didn’t get to sample all the Burgers was a welcome distraction in the form of dogs. Pet Helpers brought with them a number of canines who were looking for a new home. The dogs were around all day and available for petting, playing and of course adoption. I swear if I lived in the area, all of them would’ve come home with me. 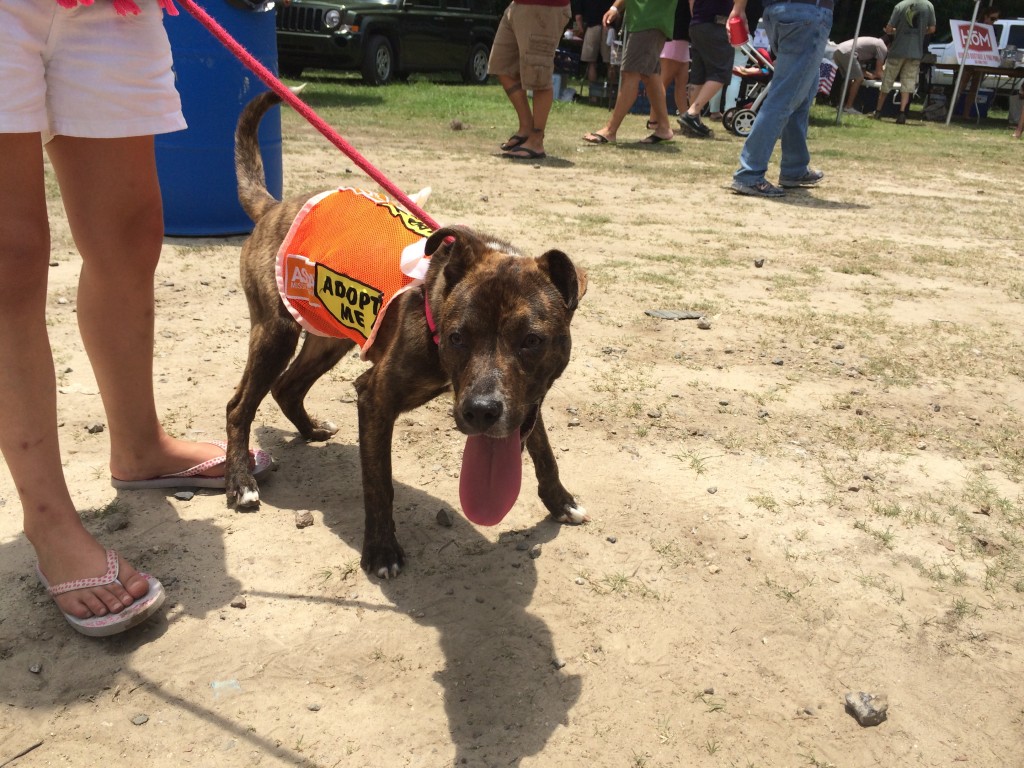 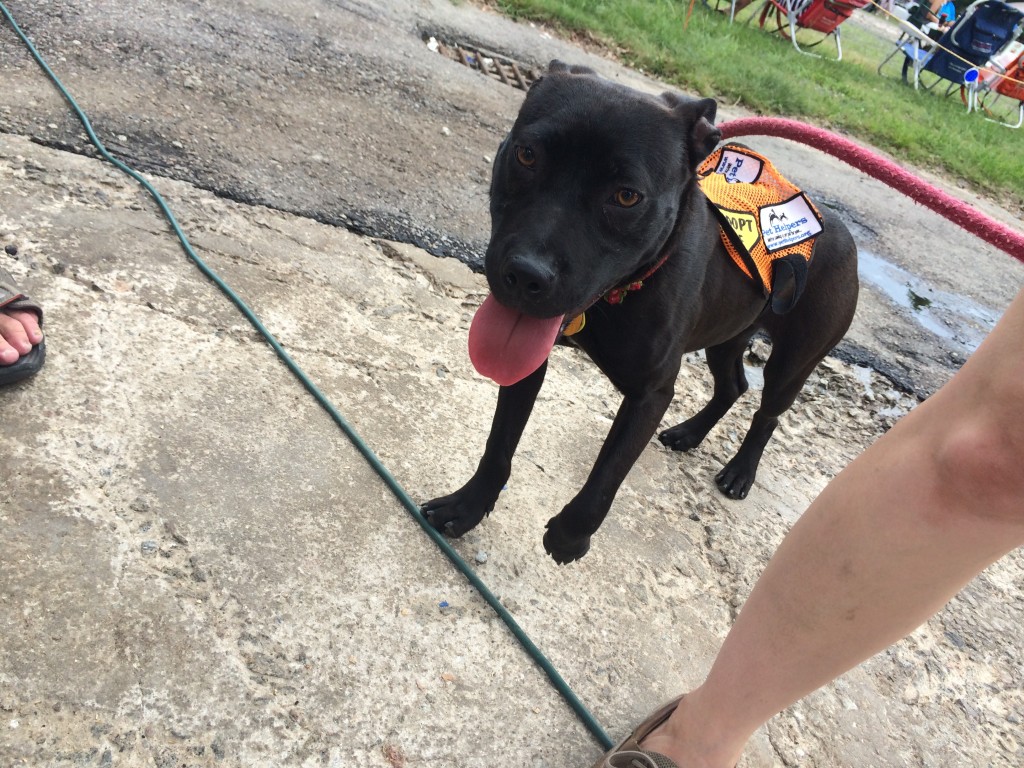 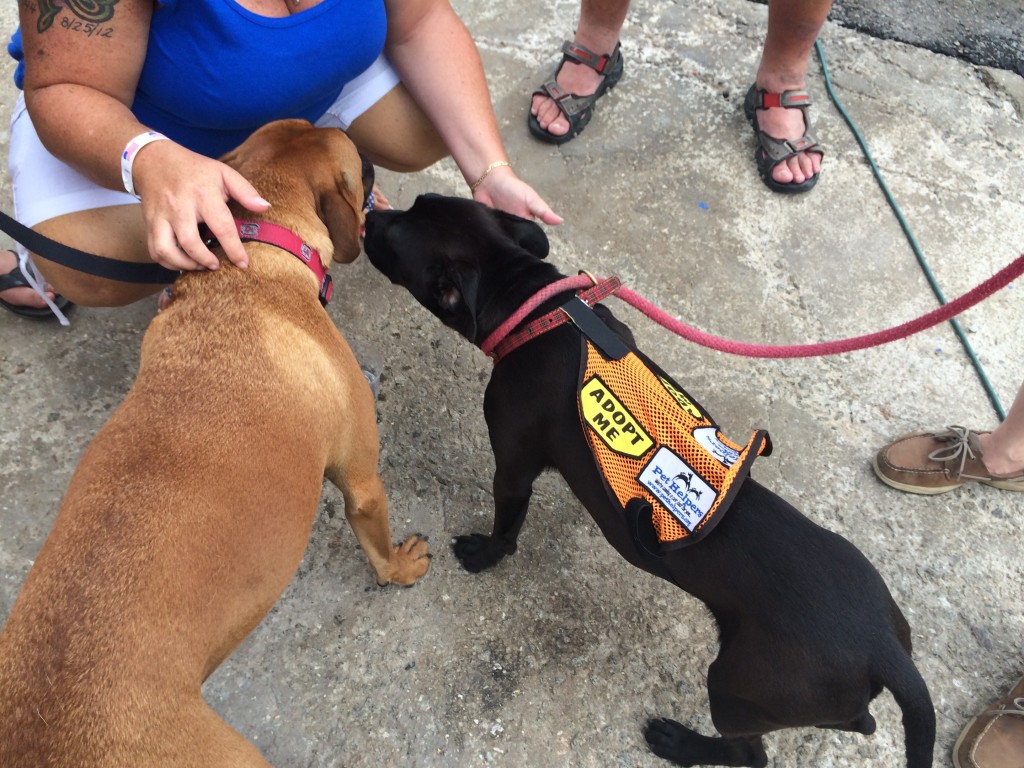 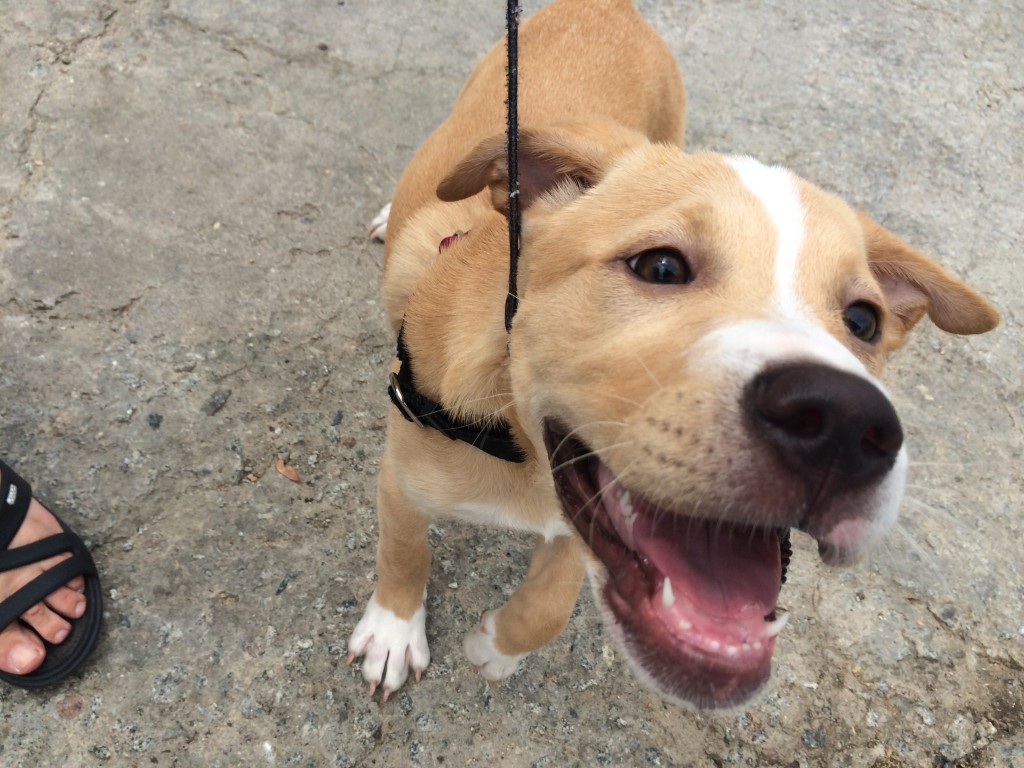 Please take this dog home! It’s hard to play favorites when all the pooch buddies were so damn adorable and friendly but McGriddle was definitely my fave. I chased him around all day for extra petting and hugs. He’s super friendly, loves to play and these huge paws that just scream “I AM SO DAMN CUTE AND LOVEABLE.” 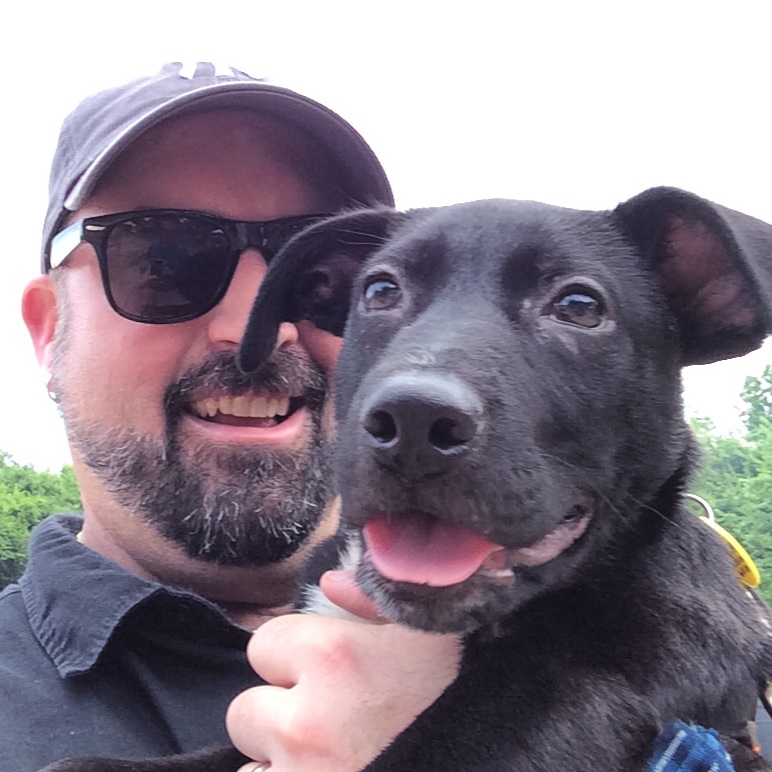 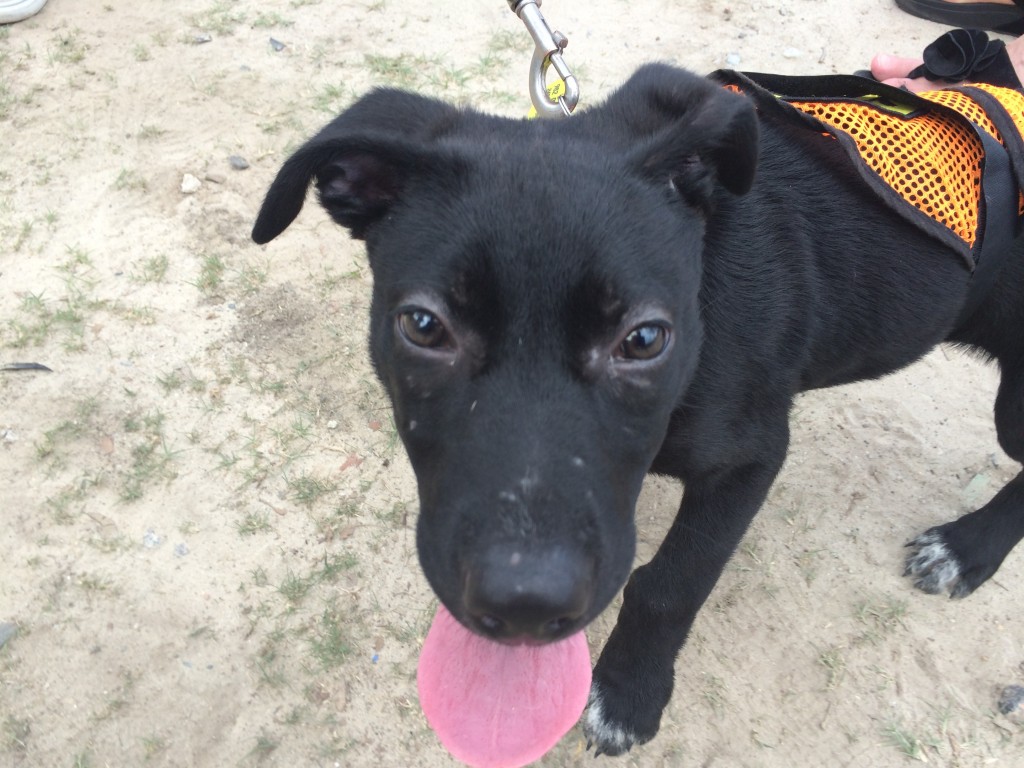 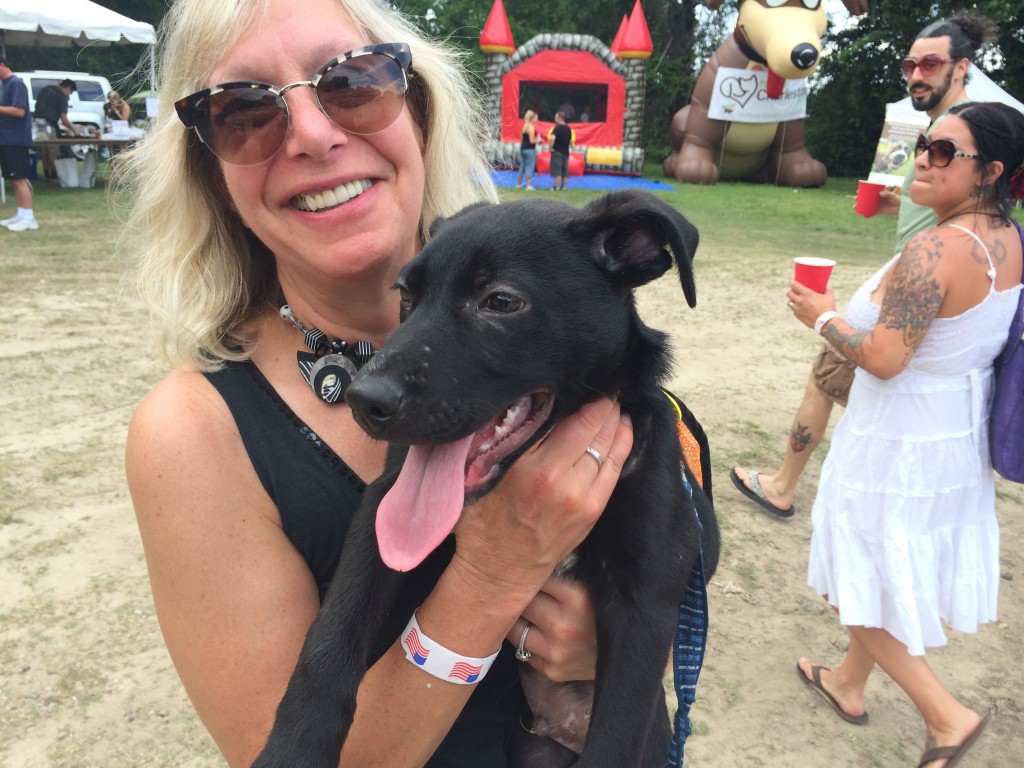 THE HEROS
The Burgers were great. The Beer was delicious. The dogs were super fun. But the real heroes of this event were Chef Shay MacDonald (center) and his lovely fiance Carrie (right) who ran, organized, coordinated, promoted, set up, tore down, worked the door and did  just about everything else for not only putting on an amazing event but more so for helping to raise thousands of dollars to help pet adoption. You are both an inspiration in every way. 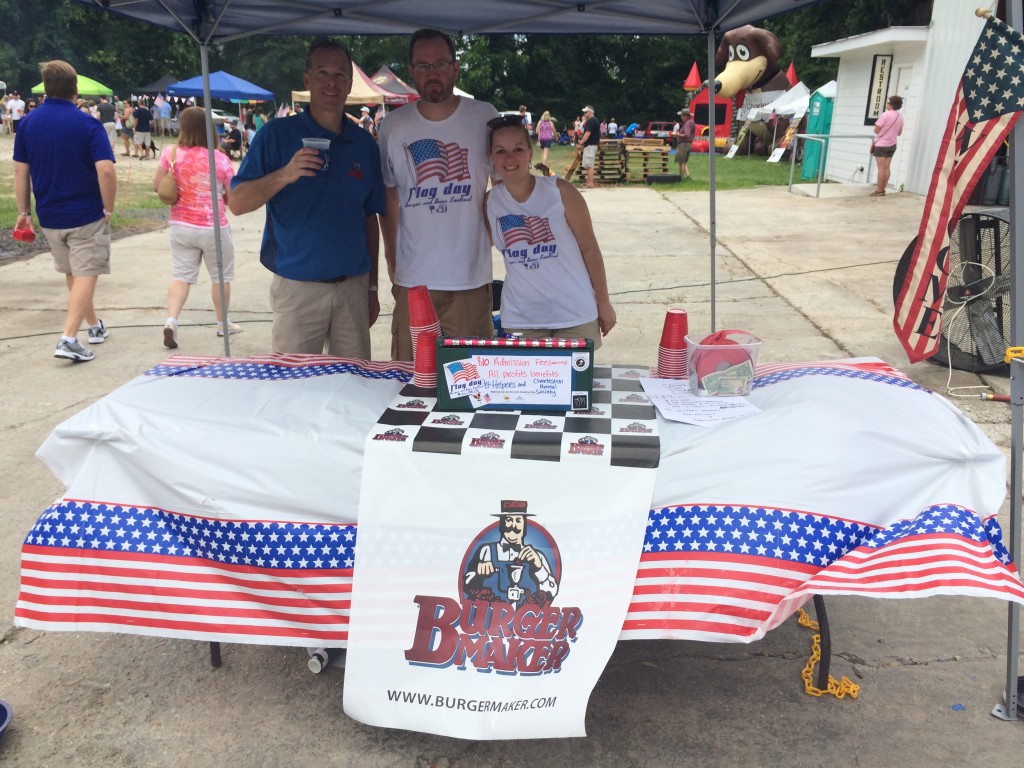 Thank you to Shay and Carrie for letting us be a part of this fantastic event. When can we start working on 2015? Thank you to everyone at Burger Maker, especially John Jernigan for the hours and hours spent getting fresh ground beef to the restaurants and Chefs. To Joel, Chris and everyone at Holy City, you are awesome and that’s not the Beer talking. We’ve worked together on 2 events this year and not only are you the nicest darn people but your Beers are mega tasty. I’ll place a pre-order at Idle Hands Bar now for Follicle Brown when it’s ready for NYC. To all the Chefs and Restaurants who used our Ground Beef, we hoped you liked it as much as we do. Pet Helpers – you are amazing people with an amazing cause. Pets can’t advocate for themselves and I’m thankful that people like you exist who will. To all the attendees of the 3rd Annual Flag Day Burger and Beer Festival, how many times in your life will you be able to claim that you saved pet’s lives by eating Burgers and drinking Beers? I hope you had as much fun as we did. Thank you.