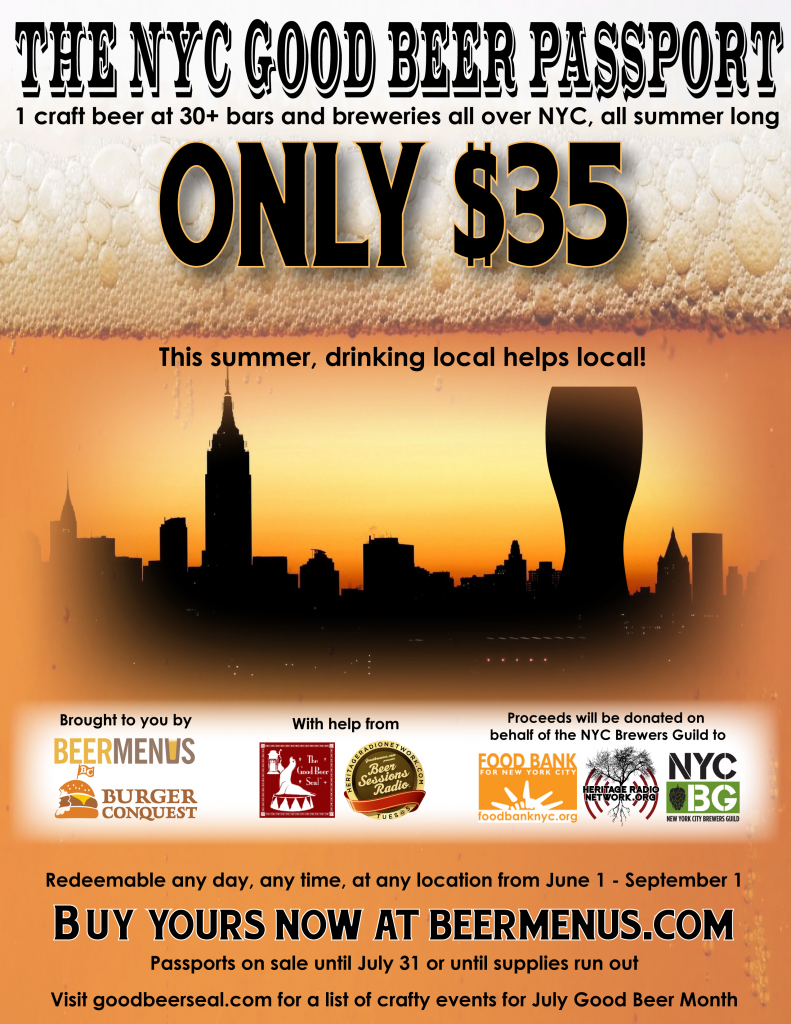 BeerMenus and Burger Conquest are working together with the Good Beer Seal to present “The NYC Good Beer Passport” in support of July Good Beer Month.

By purchasing a passport you’ll get one full craft beer or a flight of craft beers (where flights are offered) at every location participating. You can use them any day, any time from July 1st through September 1st, 2014. While you’re out enjoying the passport, remember to drink local and try beers from the New York breweries!

Your purchase of the The NYC Good Beer Passport, on behalf of the NYC Brewers Guild, will in part go to benefit the Food Bank for New York City, as well as the Heritage Radio Network, home to Beer Sessions Radio.

When purchasing a NYC Good Beer Passport, choose the location where you would like to pick up your passport. Passports are available for pick up from July 1st through August 1st, 2014.

View The NYC Good Beer Passport 2014 in a larger map

FOURSQUARE
Here’s a list of all the locations on FourSquare. Thanks to Nic Barajas for putting it together.

Bars, breweries. beer stores & restaurants interested in participating in the passport, please reach out to Rev Ciancio before June 20th at therev@yeahmanagement.com