The Best Burgers In New Jersey – According To You

The Best Burgers In New Jersey – According To You

New Jersey plays an important role in the Burgerverse for many reasons but as it relates to this blog, that’s where the Burger Conquest began back in 2008 at Arthur’s Tavern in Hoboken. As a state, it also claims it’s own Burger style in the form of a NJ Slider, a smashed Patty, flat griddled with Steamed Onions & Cheese served on a White Squishy Role. Some (me) may claim however that the style belongs to Michigan but let’s save that for another discussion.

I recently relocated back from inside the walls of NYC, the known center of the Burgerverse (according to extensive research that I made up for the sake of this post) back to Jersey City. I quickly realized that I have no idea where the best Burgers are in the Garden State. So I took to the blog and asked you to send me your suggestions. Which by the way, you can still submit suggestions via the Best Burger in NJ form. 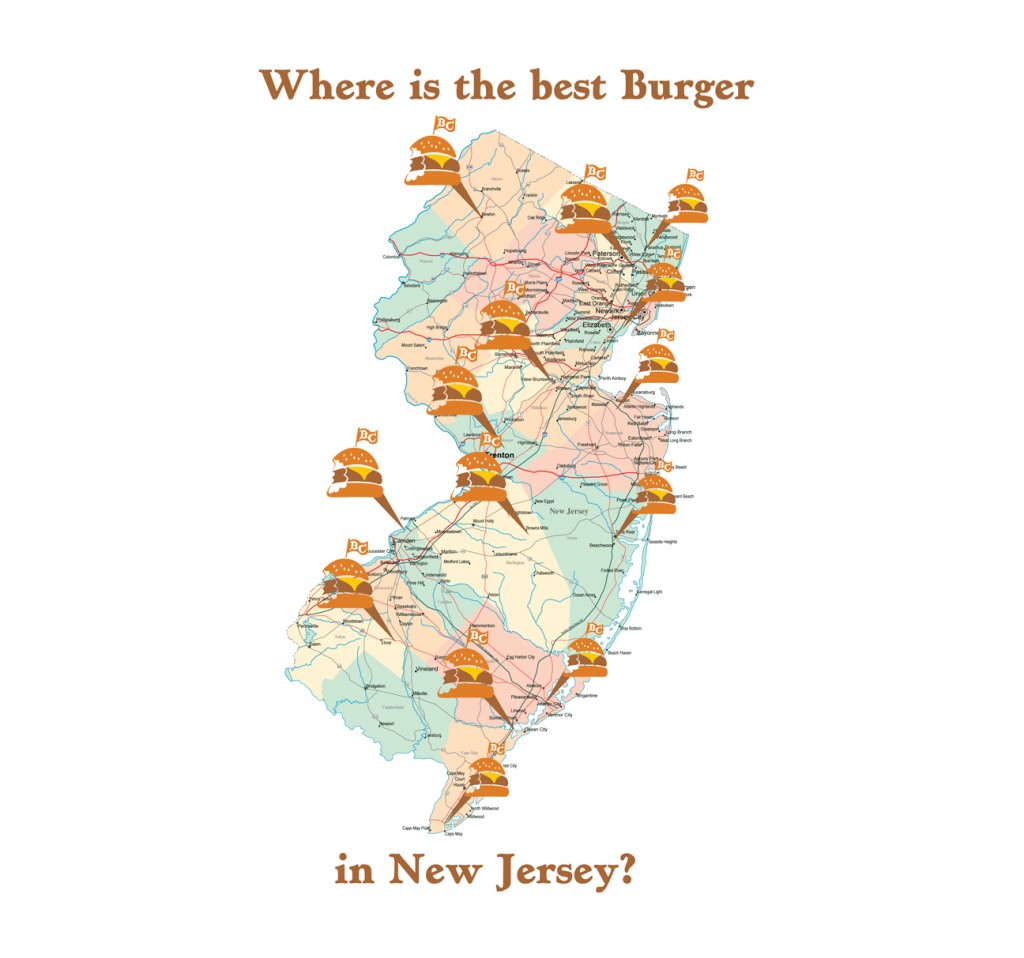 That aside, it’s been about a month so let’s reveal the results.

The 10 Best Burgers In New Jersey – According To You

Here’s a map of the Best Burgers in New Jersey.

And now that New Jersey has spoken up, it’s time we hear from the Burger fanatics in Westchester and Rockland Counties. Submit suggestions via the Best Burger in form.