The Sandwich You Need To Eat Before You Die, That Might Make You Die

Have you ever a “Fat Sandwich?”

They were invented in New Brunswick in 1979. The original was called the “Fat Cat” and was 2 Cheeseburgers on a long roll topped with French Fries. 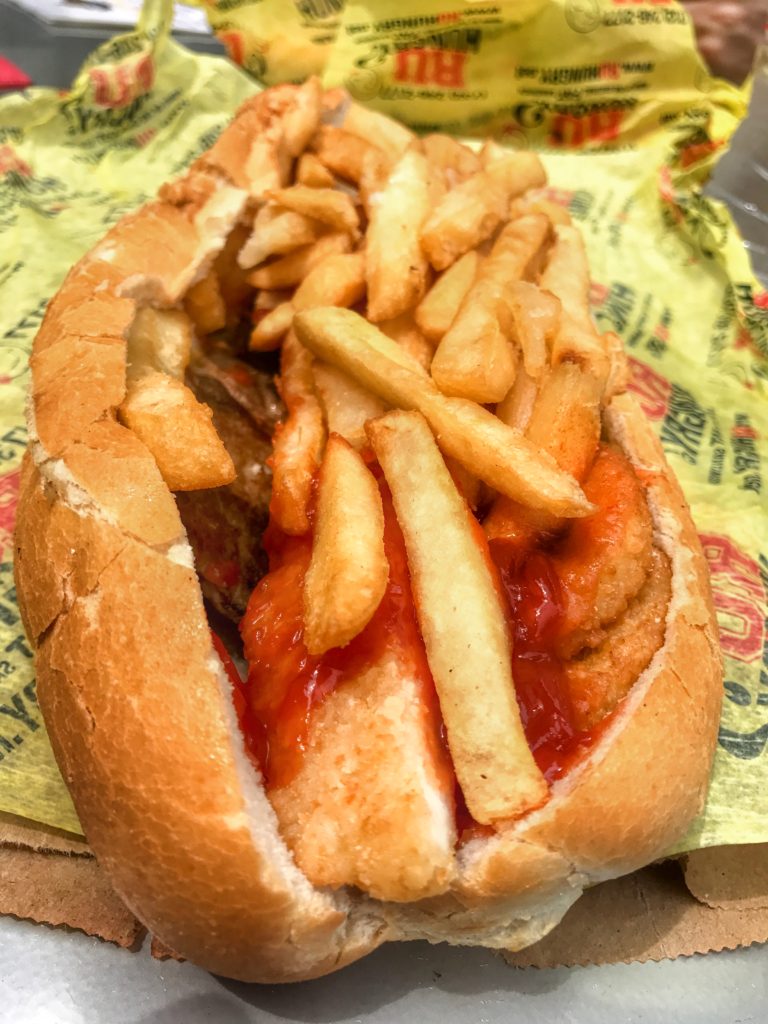 Fat Sandwiches were made famous by the New Brunswick “Grease Trucks” (they have their own Wikipedia page!), a gathering of food trucks located on campus where students, teachers and locals could get fresh, hot food.

Each of the truck owners tried to outdo each other by coming up with crazier and crazier versions of the sandwiches. Some fraternities on campus have their own Fat Sandwich. Yours truly once won a contest and had the “Fat Reverend” added to a menu at Jimmy’s. It had grilled roast beef, hot sauce, white sauce, mozzarella sticks and french fries.

The trucks have gone through a number of controversies which ultimately lead to their mobile demise. Several morphed into brick and mortar stores like Jimmy’s Grill & Specialties (formerly Sunshine Truck) and RU Hungry?

The tradition of Fat Sandwiches lives on and you can still get one if you are curious to taste what Maxim Magazine‘s called the best sandwich in the nation or what Sports Illustrated named “number one post game activity in the country.” 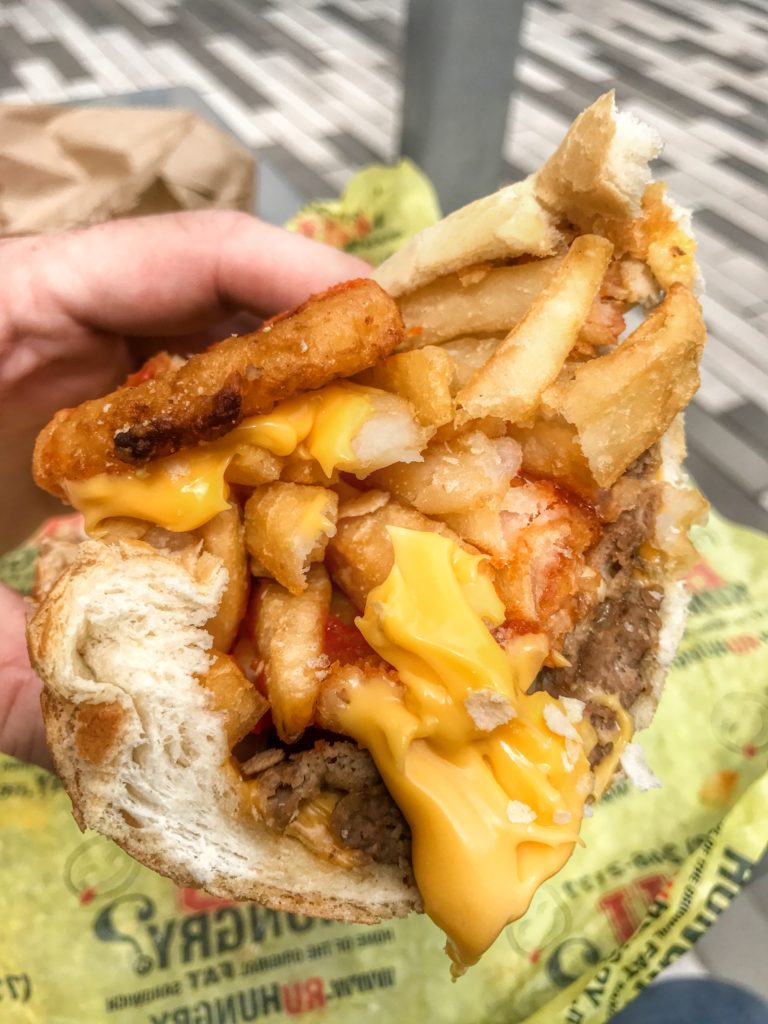 This is the Fat Russian from RU Hungry. It’s a Cheesesteak, Burger and chicken fingers topped with onions rings, lettuce, french fries, hot sauce and ketchup. You need to eat this.