THE STORY
Wildwood Barbecue, a part of the B. R. Guests restaurant family serves, as they call it “multi-regional American Barbecue.” That means you can get Texas, St. Louis, Memphis or any other style they decide to slap on some meat. Pit Master “Big Lou” Elrose just picked up the Gourmet Award for his ‘Big Lou” burger at the Josh Ozersky run “Feedbag Burger Summit.” (as judged by our friends over at BOTM.) So, when friend’s Sam and Mark suggested we have a meeting over a burger, Wildwood was the first choice on my mind!

THE BURGER
We started off with an order of the “Bottle Caps,” which are Beer Battered Jalapeno Slices and an order of the boneless chicken wings in Frank’s Red Hot Sauce. The wings were really good and I may suggest this place for the next Wing-Off, even though we already know the secret of their sauce! Thankfully they don’t “put that shit on everything” as the Bottle Caps may have taken a #2 spot next to Mozzarella Sticks as my favorite fried appetizer. I at least 2 dozen myself, dipping them in the creamy dill sauce that accompanied.

Upon inspection of the menu, I toiled with the idea of getting the Wildwood 1/2LB Burger but settled on Big Lou’s Burger; “Seasoned with Wildwood’s Traditional Tangy BBQ Sauce, Jack Cheese, Bacon, Caramelized Onions & Sautéed Mushrooms, French Fries.” I skipped on the shrooms and just as I was taking my 2nd bite, Big Lou himself came over to say hi and ask how our meal was going. After a few funny stories about t-shirts, he wished us happy eating and disappeared into the back. The burger was cooked to a perfect medium-rare and covered in all kind of tasty fixins! The BBQ sauce was the dominate flavor and the cheese just seemed to be over powered by the bacon, onions and burger. The patty itself was one of the juiciest / greasiest I have ever had but let’s not kid ourselves, this one was meant to be messy. I definitely enjoyed it although as odd as it may sound, the sandwich overall was a little lacking in the saltiness category. Go figure.

With all the effort put into sauces, rubs, spices and toppings I was surprised to find the fries were pretty standard and left a lot to be desired. Once sprinkled with the house rib rub,they took a massive jump in improvement. Little did I know they offered tater tots, otherwise you know I woulda been all over ’em.

Next time we’ll have to rip into some of the ‘cue but I guess that would be a different blog. 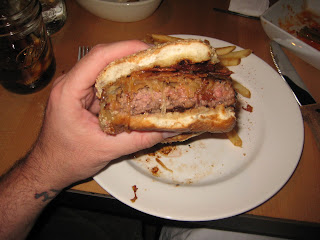 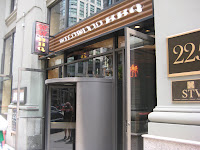 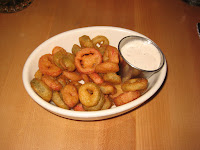 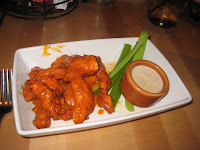 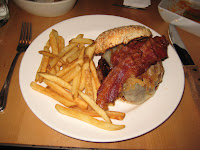 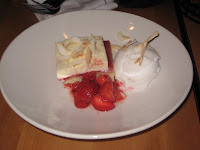 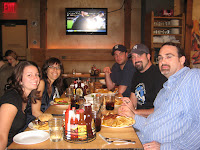