THE STORY
Portland is widely known as a hipster haven of art, culture, food, outdoor activity and micro-brews. Buds and Miller Lites are few and far between…thank god. Nicknamed “Beervana” this region of Oregon claims the home of 14 different kind of hops inside the Willamette Valley. Take a walk around and you won’t travel more than a few blocks without bumping into a Portland brew pub. One of the more interesting and unique brew chains is McMenamins. Opened in 1974 by two brothers, the McMenamins now have 55 different spots where you can sip their malted beverages, try some others’, eat some food and see some entertainment. Some of them even have hotels in them and one in question, became the perfect spot to quench the thirst and hunger of a 15 mile bike ride around “Beervana.” But this isn’t a beer blog…Originally we planned to visit the World Famous Stanich’s for a burger but much like us, they were on summer vacation. 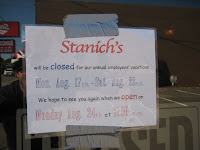 With my frustration came along a deep need for a beer and we headed immediately to McMenamins White Eagle Hotel. Housing Portland’s oldest bar, the White Eagle is also known as “The Rock ‘N’ Roll” hotel. With nightly live music and a hotel, this bar has come a long way since its inception as a social club for Polish immigrants. Choose the outdoor beer garden or the large oak filled dinning are and get ready to eat and drink.

No sooner had Cara and I took a seat the bar when Breck, the knowledgeable, friendly and humorous bar tender asked to take our order. After suggesting a damn tasty McMenamins Hammerhead, he asked if we wanted to see a menu. Before placing them in front of us, he informed us that if we waited a whopping 3 minutes, it would be happy hour and everything would be cheaper. Tick, tick tick…

THE BURGER
Honestly, I had not planned on having a burger but after I read the following, I could feel the tide changing. “Third-pound Country Natural Beef patty with lettuce, tomato, red onion, pickles, & secret sauce on a traditional bun. Served with your choice of fresh-cut fries, tater tots, small mixed green salad, or cup of soup.” Breck suggested Wilbur’s Jumbo Deluxe with bacon, Tillamook cheddar and a fried egg. I was sold. He then took one look at me and suggested “you know what makes that burger really good? A dollop of peanut butter!” I looked up at him and asked “Are you inside my head?!?!?!?? I’ll take one medium rare with tater tots.”

When the burger arrived, I almost pee’d my pants. It looked divine. Breck then informed us that the we were about to bite into Oregon all natural free range country beef. The bun to burger ratio was perfect and the warmth perfectly held in all of the tasty toppings. Holy god damn Christ! This was one of for the books!! The warm peanut butter ran down my chin while the cheese and egg mixed with the beef to create a taste sensation like no other. One would think the toppings would over power the patty but the all natural beef has a very distinct, almost gamy flavor. It’s subtle but you can definitely pick it up. Unfortunately it was a little over cooked but I can over look it. The sweetness of the Widmer Bros Witte I ordered provided a fantastic balance to the salty overload of my sandwich. As I “ooohed” and “ahhhed,” Breck laughing told me the place used to have a speak easy and a opium den. Maybe that’s what made the burger so enslaving. 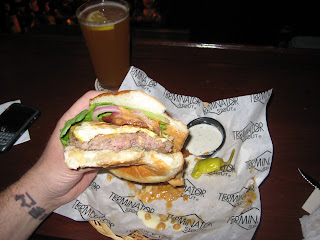 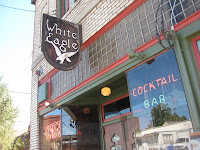 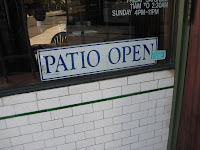 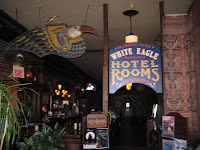 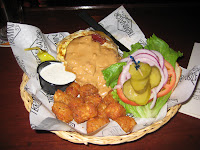 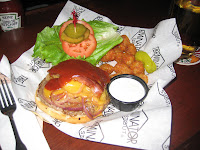 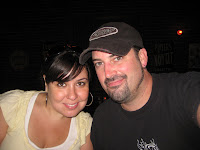 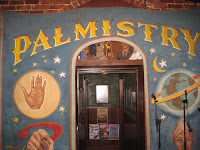