THE STORY
If I had a nickel for every time I got an email that read “I am coming into town, let’s get a burger,” I would buy the Shake Shack. If I had a nickel for every time our good pal Aaron Wolff from the band Solitary Sun sent the same email, I would have only a nickel! Hell yeah Aaron, we will definitely go out for a burger with you!!!! Aaron was coming into town as he is filling in vocals for Burnt By The Sun on their upcoming European tour and needed to rehearse with the band.

Adam had been telling me for sometime that former Wing-Off contender, Croxley Ale House had a great burger and was worth getting. Known more for their wide array of craft ales and hot wings, Croxley is a fave for beer snobs and sports fans, but isn’t really on the burger map. Aaron, Jackie, Adam and I are all part-time beer snobs and with a free happy hour wing buffet, how could we possibly go wrong?

THE BURGER
I asked the bartender if the burgers were fresh or frozen and although his working knowledge of the ales was pretty impressive, he did not know the answer to the question. But after a few rounds of tasty craft beer and even more tasty wings (I had one plate but Adam elected to ONLY eat wings) we said “WTF” and ordered up some burgers. Jackie opting for a left turn move got a turkey burger while Aaron and I went with the 1/2 LB “Big Ben Burger.” Want to make in an Angus burger for only $2 more? “YES PLEASE.”

I was skeptical at first but quickly proven wrong. The Croxley Big Ben Angus Burger is big, beefy, juicy and has a real nice flavor even if it was cooked past my request for medium-rare. It’s served on a tasty bun that holds up throughout the sandwich. With some very green lettuce, red onions and American cheese, this burger proves to be a good’un. Opt for onion rings, sweet potato or my fave, Cajun curly fries instead of regular. Why not, you are worth it!

If you’re cravings call for wings and a burger washed down with a craft beer, Croxley is the place for you. 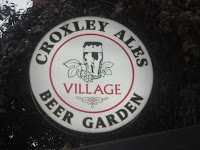 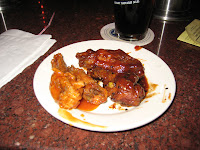 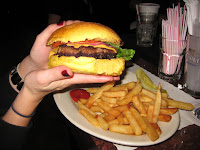 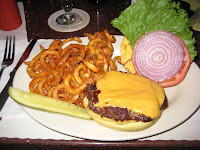 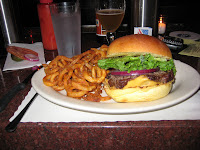 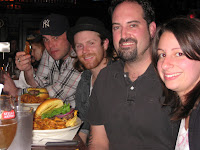