THE STORY
I love burgers but I also love a good story and sometimes I place value of the story a little higher than I should. This is the first time it’s failed me and I have to admit being REALLY angry with myself. Let’s start over.

Party chain restaurant TGI Friday’s promoted self-proclaimed #1 fan “Woody” to be a spokesperson for the restaurant. He challenged them to give away free burgers if he could get 500K fans on his facebook page. They succeeded and yes indeed, fans received a coupon for a free Jack Daniel’s burger at the TGI Friday’s of their choice. Pretty respectable if you ask me. Unfortunately I was not able to make it out on the allotted days for the coupon redemption but somehow, even though I live in NYC, the capital of food, I ended up at a TGI Friday’s location 3 times in the month of October. The first 2 times, I did not get the burger because I knew I wouldn’t be happy with it.

In the fall, to celebrate the Halloween season, Cedar Point re-fashions the park for “Halloweekends.” During the events, several rides and walk-ways are turned into haunted houses and fright zones. The entire park is dressed with skeletons, graves, ghouls, ghosts and other things reminiscent of Halloween. It’s a really, really fun way to enjoy the amusement park, even if you are a big fraidy-cat like me and have to use your wife as a shield from the baddies.

To tie the whole story together, I was dying to talk about how much I love Cedar Point on the blog. I’ve gone nearly every year since I was a kid and the place holds a very special spot in my heart as it’s where my love of coasters began. However, this is a burger blog and I am always very careful not too go too far off topic or as they say in the blogosphere, “OT.” If I can involve a burger, then the story happens. When Lara suggested we eat at the TGI Friday’s on site at the park, it dawned on me how to talk about Halloweekends on Burger Conquest, eating the Jack Daniel’s burger.

THE BURGER
The TGI Friday’s is located in The Breakers Hotel, the only hotel on property. Located just behind Soak City (the water park), you can enter via the hotel or from the beach front. Even though the beach front on this very, very cold and rainy day was destitute, the restaurant was jam-packed. Rather than wait the 45 minutes for a table, we plopped down at the bar and placed an order. After a very delicious appetizer of fried green beans, (way to go TGIF. You figured out how to make really healthy food absolutely terrible for you!) the Jack Daniel’s burger arrived.

The patty was bland, flavorless and cooked to a dry well-done state. The bun was hard and had an unnatural flavor for a sesame seed bun. Neither of which are the worst part! I love drinking and Jack Daniels is definitely a fave but the so-called “Jack Daniels Sauce” at TGI Friday’s is disgusting. It’s has an odd chemical sweetness which leads me to believe that there is no JD in it all. It’s probably just fructose and chopped onions. It’s a huge let down to know a company that is world famous for their whiskey would endorse such a bad product. As I ate the burger, I just got more and more upset. It’s entirely possible that the burger was actually better than I am describing it but because I am still so mad that I ate it, the story is over ruling the burger.

The biggest let down? I took an AWESOME video of us riding the Magnum-XL coaster and accidentally deleted it. So even though I sacrificed my palette for a good story, I still failed the mission. Listen, go to Cedar Point. It’s awesome and there is no place like it on the planet but don’t get the Jack Daniels burger at TGI Friday’s. 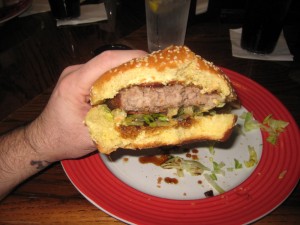 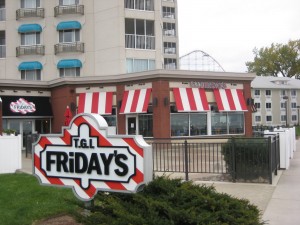 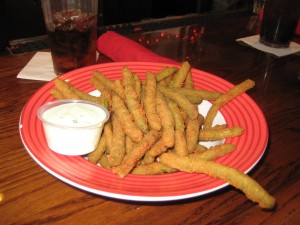 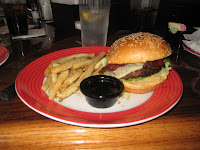 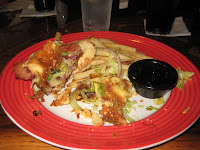 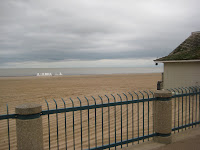 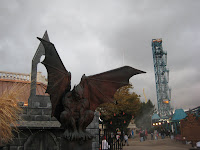 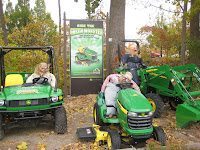 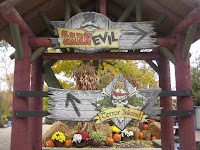 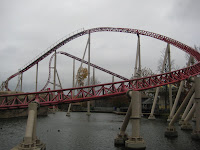 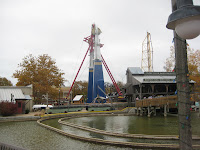 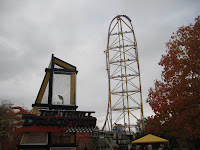 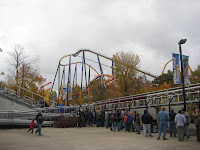 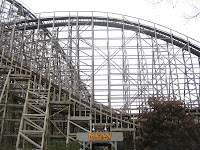 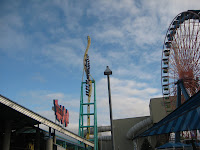 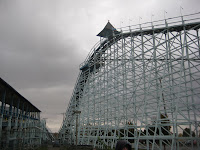 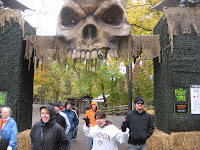 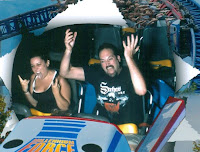 6 Responses to TGI Fridays at Cedar Point – Be Afraid, Be Very, Very Afraid.