THE STORY
In honor of the Yankee’s 40th trip to the World Series, we bring you the 4th in a series of burger reviews from Yankee stadium. That’s one burger per game victory needed to become the World Series champs! First, let’s revisit:

My business partner Mark so kindly offered Adam and I tickets to see the Yanks take on the Minnesota Twins for the Divisional Championship play-offs. Last time we sat in the Legend Seats. These tickets were in the section just behind them but came with complimentary entrance into the Audi Club. You can find it all the way at the back of stadium on the H&R; Block Suite Level. It’s a long walk from the back but you pass all the numbered suites along the way. I stopped at suite #23 to take a picture (see below) as that is the jersey # of my all time fave Yankees, Don Mattingly. The views from the Audi Club are spectacular as you look down the 3rd base line. Beer selections are good and you can opt to dine there although we just wanted to get our swerve on with a couple of brewski’s.

As the game was about to start, we made our way down to the seats with a brief stop at the Arthur Ave Deli for Chicken Parm Sandwiches (see below). With 3 previous Burger Conquests at the stadium (and many other digestions) under my belt, I had not planned on another burger until I saw one listed on our in-seat service menu. Who am I to say no?

THE BURGER
You gotta love it when you don’t even have to get out of your seat to order food and drink, which is what makes the lower tier seats at the ball park appealing. The burger arrived in a cardboard boxes emblazoned with the Yankee’s logo. Upon opening the box you discover a burger wrapped in Yankee’s wax paper. It’s like the team gave me a burger for X-mas! I tore off the paper and sunk my chompers in. The bun was fluffy and had a distinct buttery flavor which I enjoyed. The burger, complete with a slice of cheese, reminded me of a fast food burger ala McWendy’sKing but it was the bun that set it apart. The thin patty was clearly grilled cooked to a well done state. I would’ve preferred a little more greasiness /juiciness to the patty but overall, this is the best burger available to the public in Yankee Stadium and it comes with very tasty bag of Utz Potato chips! 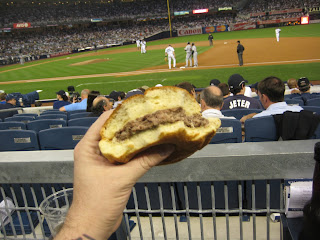 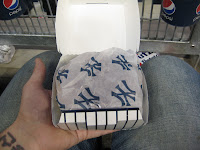 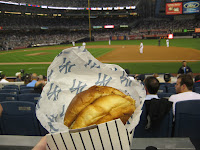 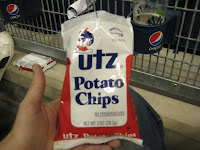 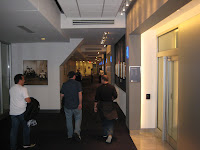 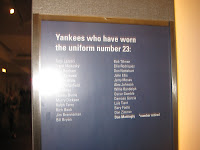 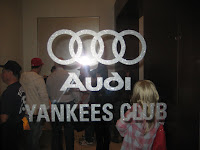 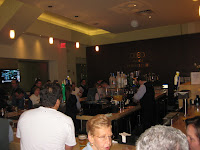 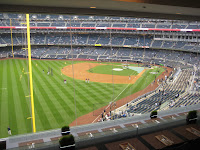 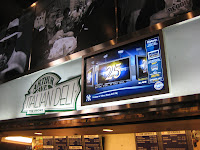 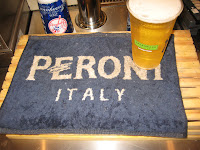 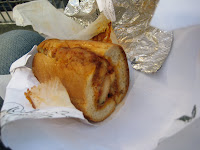 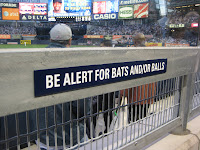 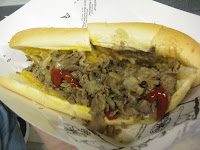 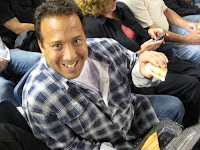 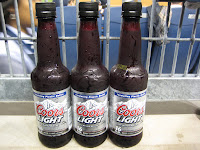 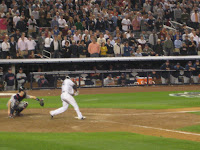 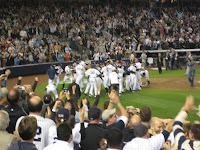 To thank Mark for once again hooking up some awesome tickets to the game, here are some more pictures of his snake-like unlock-able jaw eating prowess. 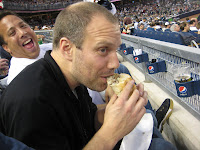 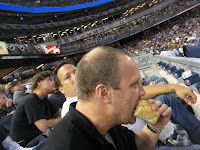 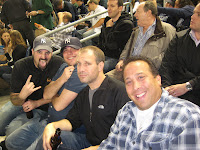