THE STORY
1 Year ago today, I was happily wed to my beautiful wife Cara. To celebrate the wonderful year we have spent together as husband and wife, we took a short trip to Orlando to have some fun at Universal Studios and Islands of Adventure. On the day of the wedding, I took all the wedding guests who had traveled from out of town out to eat a burger at the Iron Horse in Westwood, NJ. It was and still is the most attended Burger Conquest yet. So how to celebrate both of these events 1 year later? A Burger Conquest for 2!!

I really hadn’t planned on eating a burger while there. I had planned on riding The Incredible Hulk, Spider-Man, Dr. Doom, Dueling Dragons, The Mummy, Jaws, Men In Black, The Simpson’s Ride and the Hollywood Rip Rockit Roller Coaster. If you have ever been to Universal, you already know, no attention to detail is spared. When you are walking around Seuss Landing, everything, even the trash cans are themed to the island. In Jurassic Park, the food stands and restaurants are dinosaur themed. Even posters advertising the Universal Express Pass in each section of the park are themed to that Island or ride.

That’s not all! Find yourself bored to tears while waiting for your favorite amusement ride? Not at Universal! Even the lines are built as part of the attraction. While waiting for the Amazing Adventures of Spider-Man, you’ll stroll the newspaper offices of the Daily Bugle. That’s the newspaper that Peter Parker (the man behind the mask) works when he isn’t web-slinging across the city. Funny videos help entertain and teach you the rules of each ride. It’s pretty unbelievable how much detail has gone into the planning of the park.

But I digress.. When I happened upon a sing outside Confisco’s at the entrance to the park, that said “Specialty Burgers,” I began to reconsider.

THE BURGER
I had high hopes when the EXTREMELY friendly waitress asked how I would like my burger cooked, which of course was medium-rare. While I waited for the burger to arrive I sipped on what must’ve been the largest fountain Diet Coke I have ever had outside a 7-11. This is just a bad idea because if you put it in front of me, I will drink it…twice over.

The burger is served with a little pink plastic stick stuck into it, denoting that the burger has been indeed cooked medium-rare and on a sesame seed bun. I ordered mine with cheddar which much like the meat, was undercooked. However, in the world of cheese, this is no good. I can’t say for sure but I am willing to put a fiver that this burger was a frozen patty plucked from a stack that arrived in a large box. Thus being the case, a medium-rare cook is actually no good, especially if the burger has not been totally thawed. A let down indeed but honestly, not as bad as some of the other burgers I have had. As Universal is a MASSIVE corporation operating an amusement park serving thousands of hungry thrill seekers, one shouldn’t expect gourmet quality from the food.

If you want a delicious burger while at Universal Orlando, go here. 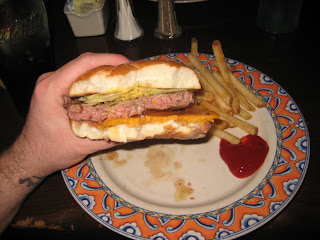 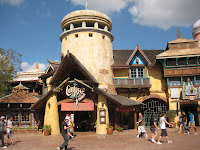 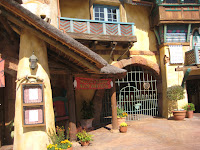 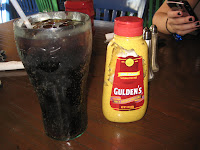 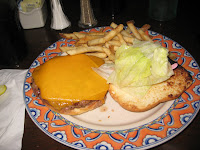 I’ll be very excited to return in 2010 when the Wizarding World Of Harry Potter opens (nerd alert.) 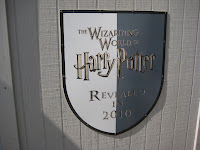 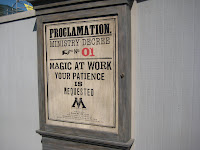 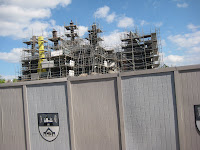 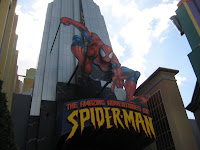 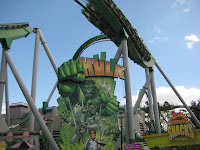 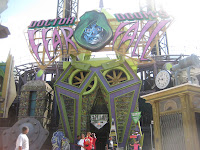 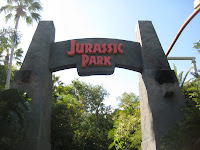 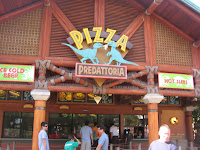 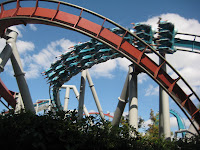 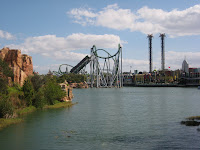 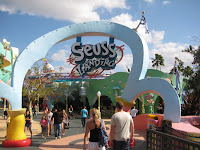 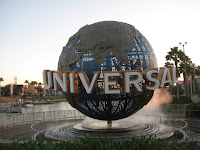 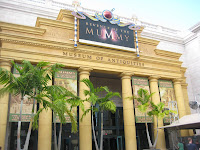 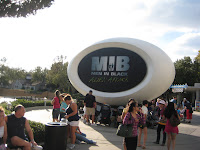 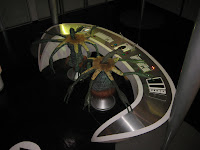 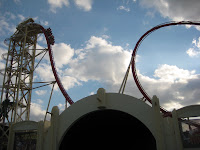 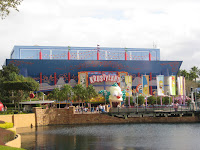 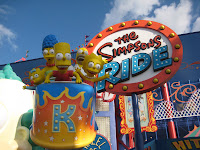 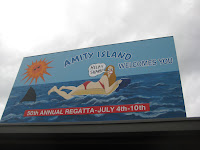 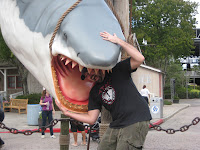 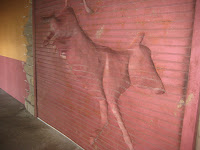