THE CONQUEST
Back in March, I was approached by the producers of Bobby Flay’s Grill It! TV show asking me to submit a burger recipe with a coinciding video of me grilling it. I went and created The Bourbon Soaked Bacon Beast! In less than 24 hours my video was already the #1 most viewed video on the site. Check it out for yourself:

For some reason unbeknown to me, I was not selected to be on the show but no worries, that would never stop me. Shortly thereafter the fantastic people behind the UK’s premier Hard Rock and Heavy Metal news outlet, Metal Hammer Magazine, approached me asking if I would create a burger for them. To celebrate the 30th Anniversary of the release of the “Back In Black” album from AC/DC, they were putting together a tribute album. They wanted to know if I could create an AC/DC themed burger to help pay tribute to the band and their anniversary.

I was tickled pink at the request and could not have been more honored to participate. I’m a huge, Huge, HUGE fan of the band and have even once filmed a personal tour of the famed grave site of lead singer Bon Scott in Fremantle, Australia.

I put together the recipe and called up my burger loving buddy Buckshot, the man behind Mosh Potatoes, the Heavy Metal Cookbook. “Mosh Potatoes” – Recipes, Anecdotes & Mayhem From The Heavyweights of Heavy Metal. 150 recipes from bands like Pantera, Megadeth, Testament, Overkill, Anthrax to Lamb of God, Devildriver, Shadows Fall, Hatebreed to Twisted Sister, Guns & Roses, Motorhead, Zakk Wylde, Dokken, Dream Theater to the new school of metal like Municipal Waste, Skeletonwitch and Moth Eater. These recipes will kick your ass. “Cook Out With Your Book Out” – In Stores on November 30th. 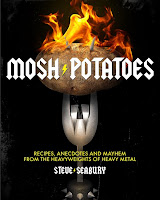 Buckshot was the man behind the camera for the Bourbon Soaked Bacon Beast and I knew that my AC/DC burger video would once again require his needs. He of course said “HELL YEAH BROTHER!” and with that we were off to create (drum roll please)… 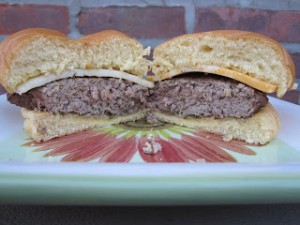 The cover of AC/DC’s “Highway to Hell” performed by Mutiny Within, which is available on the compilation. 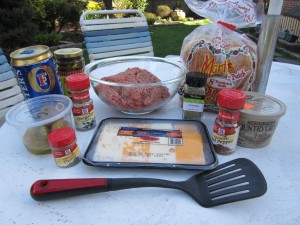 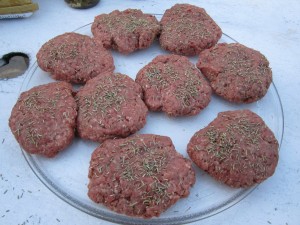 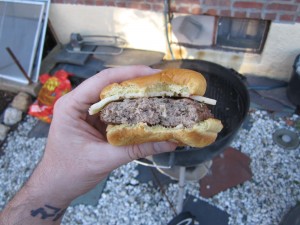 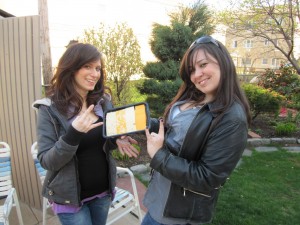 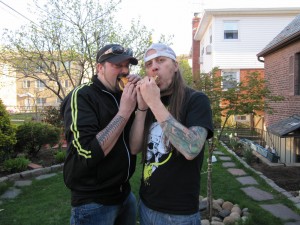 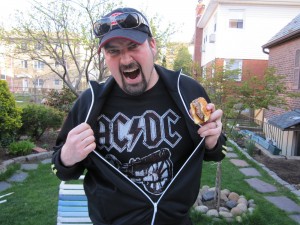 Thanks to Metal Hammer, Alex Milas, Buckshot, Mosh Potatoes, our 2 cheese techs; Lisa and Cara, Mutiny Within, Roadrunner Records and the almighty AC/DC.