THE CONQUEST
Some people party on the weekends, some people party on days that end in “y.” Some people party on birthdays and some people party on holidays. Some people like to party with their pants on and some people party because they bought new pants. Me, I like to party when one of my favorite bands come to town. My favorite way to party? BURGERS!!! So when, Iron Maiden, the band that made me love heavy metal, announced a tour in support of their new album, The Final Frontier, it was time to party up by chowing down.Tickets for their show at the world famous Madison Square Garden went on sale months ago and being members of the Maiden fan club, we were able to get the early jump on seats. Anticipation for the show has been growing since. Finally the day was upon us and everyone looked to me to set up a pre-show hang and that’s when it came to me. The last time I had got a burger near MSG was at Brother Jimmy’s but had regret afterward for not ordering from their Burger Shack. Since that time, Jimmy’s Burger Shack has started using ground beef from La Frieda meats, the gospel of beef here in NYC.Known for their good food meets good times vibes, Brother Jimmy’s is a great place to have a party. Their entire menu is made up entirely of backyard bbq meets tailgate meets bar food. In other words, its the kind of food that pairs well with drinking and hanging out with your friends. The Midtown location specifically offers food from both the BBQ restaurant and their burger shack, making it the perfect place for us to have a late “launch” before “The Final Frontier.”

A quick email exchange later and we had a reservation on the BBQ with the ability to order from the burger shack.

THE BURGER
They sat us at at table upstairs in the back room where we could be as loud as we wanted and shove as much food into our faces without upsetting or scaring off other patrons. Thankfully our wonderful server Noelle, was more than ready and excited to help us get our games on. In fact, her enthusiasm was directly proportionate to the amount of food and beer consumed!! Most of the party goers opted for Brother Jimmy’s Monday night special; all you can eat rib tips and hot wings with all you can drink Bud and Bud Light for 2 hours. That’s a hell of a deal but I wasn’t there for a Wing-Off, this was a Burger Conquest!

Nick and I got an order of the #3 “bacon”” – 3 mini 3 ounce burgers with bacon and American Cheese. They also came with pickles but I removed mine as quickly as I transferred the sandwich to my plate. Pickles are gross. How people can eat them, I will never know. After only the first bite, I recognized something about the burger. Had I eaten this burger before? I took a 2nd bite and figured out what it was that was ringing my bell. This tasty little number came across the gourmet version of a McDonald’s burger. It had that classic processed cheese food savory flavor with the tightly packed and salted beef flavor but 10 times better. Now don’t get me wrong, when it’s 230 am and you’ve had a few beers, McDonald’s is AMAZING. You know you agree so don’t be a hateburger. This burger was all that and more and without the need for the obligatory 6 pack prior. I ran the thought past Noelle and she said “we’ll take that as a compliment.” The smoky bacon was crisp and cooked just right, not too overdone, not too flimsy. It was an essential part of the burger.

With each beer, rib, wing and burger, we got a little louder, a little more excited and a little more rowdy. Our friend Sarah showed up and immediately placed an order for a burger which got my crave juices kicked back in. I asked Noelle if I could just have a “regular burger, you know with just cheese and lettuce.” The Burger Shack menu only seems to feature their special burgers and although they all sounded good, I really just wanted something simple. Noelle suggested adding the house secret sauce to liven it up a little. I’m no fool!! I hear “secret” and “sauce” and I think “WANTS TO EAT THIS!”

This time however, I went for the larger 5 ounce patty which comes on a soft potato roll (god bless you Brother Jimmy’s!) No sense in wasting a high end burger on a cheap bun, ya dig??!?! This burger was even better than the mini for 2 reasons, it wasn’t as well done as the mini and well, IT WAS BIGGER!! The gooey American Cheese managed to melt itself all over the burger ensuring that every bite came along with its salty goodness. The sauce added a nice sweet undertone to the sandwich with just enough smokiness to provide a flavorful hint. Used sparringly, as Brother Jimmy’s does, this sauce adds a unique element to the sandwich without totally over powering the flavor of the juicy and tender meat. The patty was packed tightly creating a very sturdy burger that did not fall apart while eating it.

Find any good food near MSG is a task rarely completed but now with this burger, the search is over. 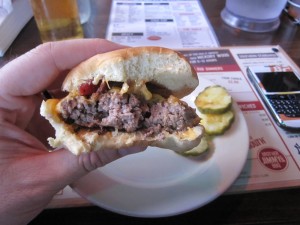 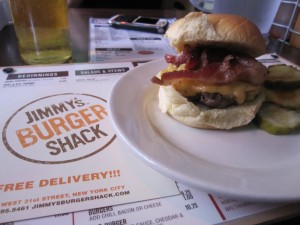 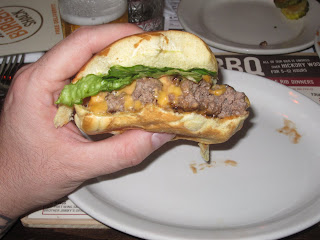 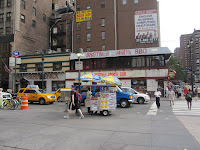 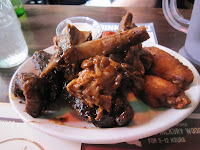 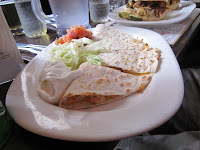 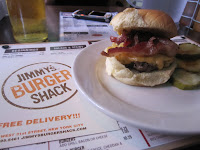 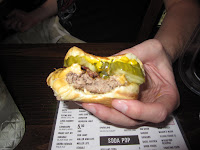 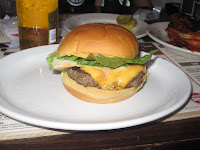 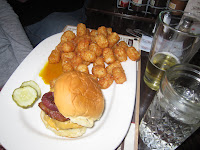 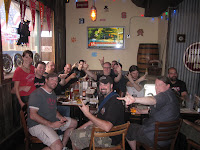 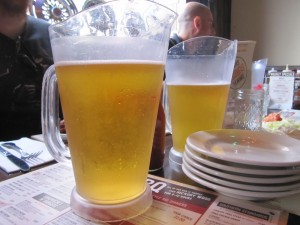 DREAM THEATER
With bellies full of beer, burgers and laughter, we paid our tab and moved across the street for the concert. The very talented and unique, Dream Theater play the only support role for the show. It was interesting watching an accomplished band play through a 20 year history of music in only 45 minutes but they were great. At the end of the set they came and thanked NYC for making their teenage dreams, playing the great Madison Square Garden, come true. 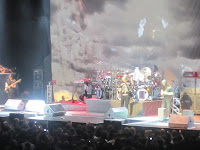 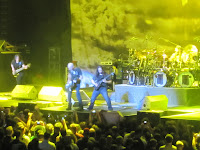 IRON MAIDEN
Ahhhhh the reason for the raging! Iron Maiden, as always, put on a blazing, red-hot and intense heavy metal display of awesome. Their set consisted primarily from records recorded in the latter half of their career with 3 all time classics as a closer. They even unveiled a brand new Eddie (the band’s mascot) from the Final Frontier. I know some fans were upset with a less than “best of” selection of songs from the band but I think everyone could agree, their performance was stellar! 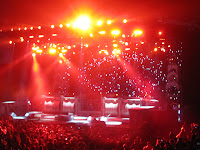 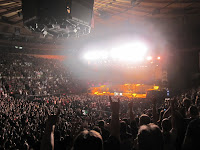 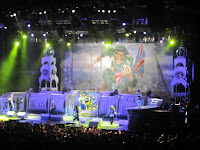 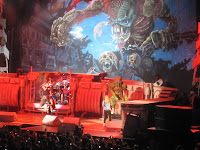 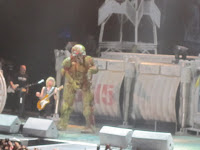 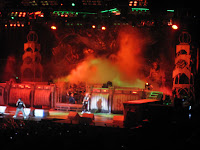