THE CONQUEST
Since opening in June of 2004, the New York Burger Co has been serving gourmet style fast food burgers to the great city in which it’s named after. Known for counter service and a whopping array of homemade sauces, purveyors Madeline Poley and Spiros Zisimatos are moving on over. Now, six years since opening, they have broke ground on a third location at the corner of 23rd Street and 10th Ave.

If that location sounds familiar, it’s because popular foodie site Eater.com listed it as #7 on their “New York’s Cursed Restaurant Spaces” top 10 list. Its a gorgeous location in a neighborhood quickly acquiring more and more apartment buildings. I live there myself and refer to it as “No Man’s Kitchen.” Instead of running scared of potential restaurateur curses, the latest New York Burger Co franchisees decided to have the location blessed by men of 3 different religions.

A Jewish Rabbi, a Buddhist Monk, and a Catholic Priest walk into a burger joint. The hostess walks up them and and asks “is this some kind of joke?”

The new location for the New York Burger Co is slicker and more dimly lit giving it more of a lounge vibe than a fast food joint. The menu has been revised and while it’s the same sandwiches, all the burgers have been renamed to pay homage to various Manhattan locations. While everyone thought this to be a simple ribbon cutting ceremony with the reward of tasty foods, it turned out to be a very unique occasion. As we were all snacking on burgers, fries, dogs and such, everyone was asked to gather at the front. A presentation was to be made and the 23rd St & 10th Ave location of the New York Burger Co was awarded as the first restaurant in NY to be certified humane!

Anxious to try the most humane burgers in NYC, Brad, Tina, Bram and I took a seat and waited for the passed silver platters to come by our table.

THE BURGER
As this was my first time at a NYBC, I wanted to try as much as possible, which, thanks to the small sized portions offered, was exactly what I did. Here’s a quick break down on what we sampled.

Beef Chili – Gotta give the team credit here, behind handed a warm cup of chili upon entering the restaurant on what was an extremely cold and windy night, was a genius move. Good and chunky with a nice but not angry kick. 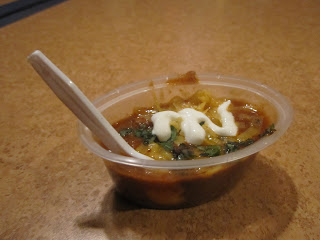 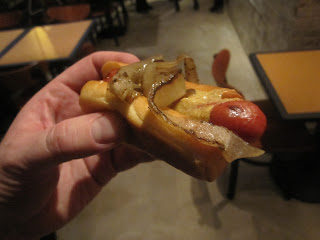 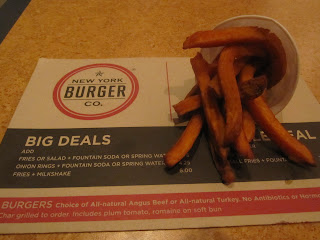 Chicken Minis – No weakness to this breading, it has a serious crunch. Be sure to dip into the Chipotle Honey sauce which is tre awesome! 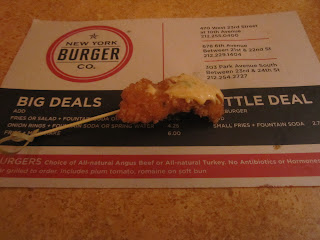 Flatiron Burger – The bun a little on the bland side but holds together well to support the patty and toppings. Really juicy beef, tangy sweet BBQ style sauce and a very nice use of black pepper in the seasoning. Could’ve used more poblanos but then again, this was a mini-burger which doesn’t leave much room for toppings. 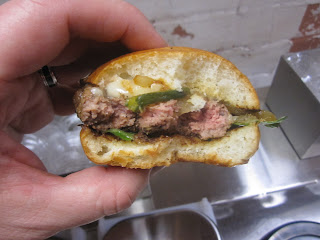 Tribecca Burger – The fresh avocado tasted great but needs to get room temperature before serving. The blue cheese topping is SO creamy and good. The best part though, Cherry wood smoked bacon! It’s cooked just right up to the point before it would be considered by some to be burnt and it’s is delicious! This is the winner. 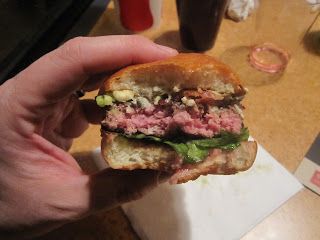 Chelsea Burger – By my standards, overcooked but then again, we weren’t ordering, just sampling from passed trays. Some people like their burger this way and to them I say, if you want to live your life losing out, that’s your call. But, it’s your life to live. However, the combination of cheddar and bacon can never be denied. 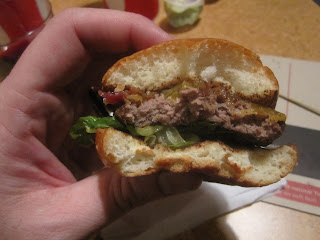 Sauce Bar – Dipping fans, your prayers have been answered! The 23rd St & 10th Ave location of the New York Burger Co has their very own Sauce Bar. Be sure to get yourself a little of each for the fries. The basil pesto sauce is like none other. Worth the trip alone. Also good; Chili Ketchup, New York Burger Sauce and the Creamy Horseradish. 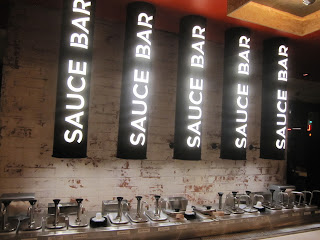 Fountain Soda – If you love fountain soda like I do (thank you suburban upbringing local to a 7-11) you’ll be happy to know that they offer server yourself soda which includes, and big kudos for having it, Coke Zero! 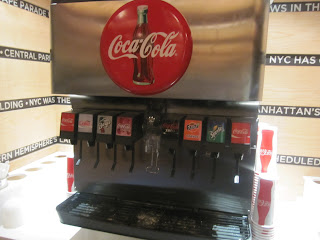 Remember when you were 11 years old and when your parents took you to 7-11 you would get a Big Gulp with a little of each soda in one cup? Where I come from, that’s called a “Soda Suicide.” Bring back your teenage curiosity and try a little of each sauce on one burger, I call this “Suicide Sauce.” 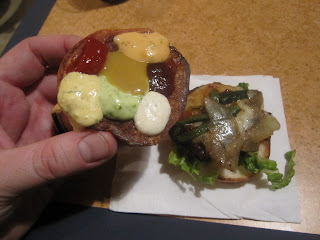 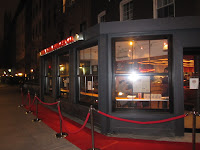 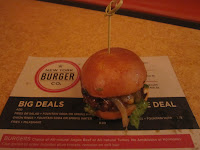 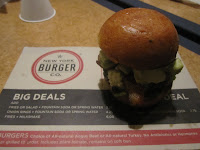 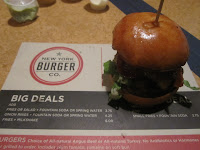 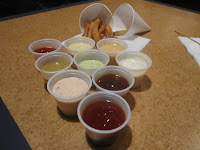 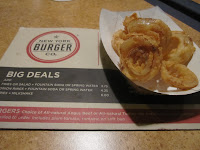 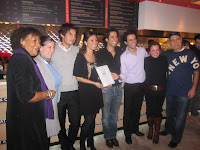 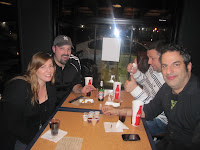