THE CONQUEST
On October 17, 2008, a group of friends went out for a Burger, a beer and some rock and roll. That unassuming evening at Arthur’s in Hoboken, NJ was the catalyst that launched the very site you are now reading. I started this blog because I wanted to share my love of Burgers with the world and create an excuse to eat them with my friends and colleagues. Since then, I have eaten and cataloged another 374 Burgers eaten. But there are two people who have had more Burgers with me than anyone else. The first, my wife Cara Lynn Shultz, who is about to release her novel, a super natural teen romance called “Spellbound.” The second, an attendee of that first Conquest in 2008, my Burger -lovin’ buddy Jackie P.

Jackie and I worked together for nearly a decade in the music business until last year when she relocated from NJ to another Burger-mecca, more commonly know as Los Angeles. Together they are two of the greatest people the world has ever know and easily two of my favorite people to break Burger with. Jackie hit me up to let me know that she and her super rad BF Matt, were coming into town and she wanted to get together. I let Jackie know that her visit was conveniently timed with National Hamburger Month and it was instantly decided that we would be getting Burgers together. To add to the excitement, Cara had just returned from a writers conference where she received the very first copy of her book. Being that it was Cinco De Mayo, we had triple reason to celebrate.

But first, a quick history lesson. Here in the U.S. of A, Cinco De Mayo, usually means a rush of folks into local Mexican restaurants to mass consume tequilas and beer, much like all other holidays, we make it about drinking. However, Cinco De Mayo is a day that commemorates the Mexican army’s unlikely victory over French forces at the Battle of Puebla on May 5, 1862. It is not Mexico’s version of an independence day, which some wrongfully believe. So keeping that in mind, choosing the right burger for the occasion was pretty easy.

Since Jackie’s departure for LA, one Burger has been added to my “TOP BURGERS IN NYC” list, Chef Josh Capon’s Burger and Barrel. When Jackie asked if we could go there, she didn’t know just how appropriate her choice would be. The Cinco De Mayo holiday is celebrating around Mexico’s famous victory at the Battle of Puebla and the Burger that launched Burger and Barrel into my best of list is named, you guessed it, the Puebla. Bring on the Fiesta de los Hamburgesas!!

THE BURGER
There’s no point in repeating myself here, which I end up doing a lot anyway. I mean really, how many different ways can I tell you a Burger was juicy, fresh and delicious?!?? So if you want to read my full review of the amazing Puebla Burger from Burger and Barrel, please click that link. Instead, let’s take a second to highlight the Burger and Barrel Cinco De Mayo Specials menu:

I’m not much for tequila so I just stuck to a selection of craft beers but some of the selections from the EATS menu were DELICIOUS. Jackie, Matt and Cara split the Ceviche and Spinach Empanadas, both of which they loved. I stuck to the Black Been and Chorizo dip which was simply amazing. Mexican dishes are typically a mix of savory meats and cheeses with sweet vegetables and sauces. This dish was all savory and smoke. I loved it and couldn’t keep myself from dipping and dipping.

Thanks again to B&B and Chef Josh for an amazing meal that measured up to the amazing company I got to eat it with. This is the kind of Burger that justifies loving Burgers. 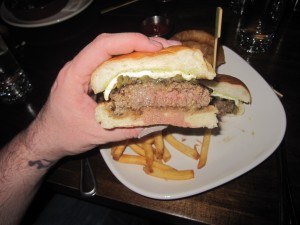 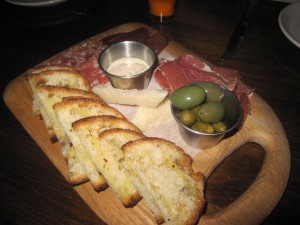 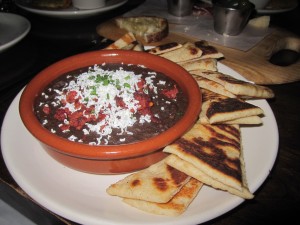 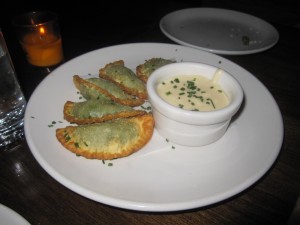 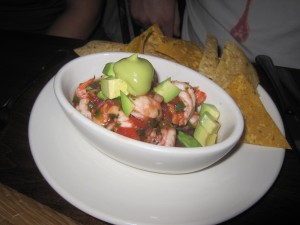 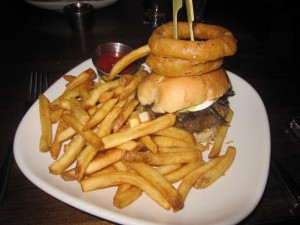 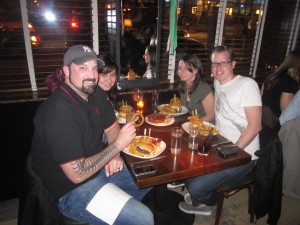 The Rev Meter for Social Community
The Rev recently created a meter for assessing how optimized a bar and restaurant is with social networking. He calls it “The Rev Meter.” By taking what he considers to be the 10 most important social networks and creating a point system, The Rev can accurately asses how well the business is using social networking as a tool. His goal here is to educate and assist great business to better effectively use these tools.

SCORING:
4 points or less You’ve missed the 5 basics and are less than optimized
5 points You’ve covered the basics, which is better than most but far from optimized.
6 to 9 points You’re doing better than most and on your way to becoming a well respected social community whiz.
10 points Congrats on a perfect score! Are you hiring?

This site uses Akismet to reduce spam. Learn how your comment data is processed.