A couple weeks ago I get an urgent message from my friend Adam Poch. Adam is a member of the NYC Wing-Off, the host of Active Minds Team Trivia at my bar, Idle Hands, in New York City’s East Village and a long time friend. I met up with Adam later that night. First thing he did was whip out a Non-disclosure agreement for me to sign. WTF!??! After I signed it he broke out with the news, Adam had a shot to fulfill his dream of being a contestant on CBS’s Big Brother, his 2nd favorite show after “Beverly Hills 902010.”

Adam was asking closest friends to join him at his local hang, Willie McBride’s Restaurant in Hoboken, NJ. They were going to be shooting a segment about Adam during which he might potentially get his key and be whisked away to live in the Big Brother house. Long story short, he made the show! While Adam and the rest of us moshed it up to the NJ Metal Band Apathy, the lead singer handed Adam his key announcing his acceptance into the house. Moments later, Adam was whisked away with only an hour to pack! That was it. That was the last we saw him until we gathered back at Willie McBride’s to watch the premier for “Big Brother” Season 13.

So here’s Adam, you can like his page on Facebook and follow the #TeamPoch on twitter. He really, really does love Heavy Metal, Beverly Hills 90201, Bacon & Appletinis. Adam is one of the most genuine, friendly, outgoing and funny people I have ever had the pleasure of befriending. We’re all pulling for you buddy! 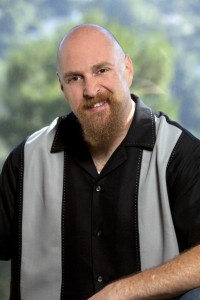 You can spot me in the baseball hat cheering just over Adam’s left shoulder.

This wasn’t Adam’s first time in front of the camera however. Adam cut his TeeVeeth on episode #3 of Grill ‘Em All’s “Victory Lap.” See him at 1:18 excitedly talking about the unbelievable “Pantera Burger.”

THE CONQUEST
Arthur’s Tarvern serves the Burger that started the blog and it never disappoints, Arthur’s Tavern Famous Burger in Hoboken, NJ is the best Burger in NJ. Well, at least for now it is but that’s about to change. Arthur’s has recently been sold and soon to be closing shop.  Adam was one of the first people to praise this magical Burger to me and therefore is, in part, responsible for my Glorious Pursuit of Delicious Burgers. Before taking off to join “Big Brother” Adam had wanted us to rally up an go eat a Burger at Arthur’s before they shut down but he didn’t get that chance. Bram, Nona, Marc and I thought it was only right to crush one before hitting the premier party.

THE BURGER
Seriously, this is one of the best Burgers I have ever had. It’s juicy, delicious, huge, fresh and it’s only $5.95!! You can read any of my prior musings about it if you want a more in depth review but I’d suggest instead getting yourself to Hoboken, NJ and eating one before it’s gone forever. 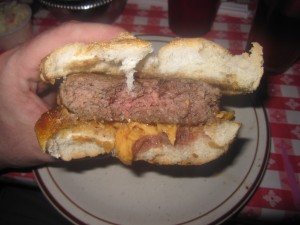 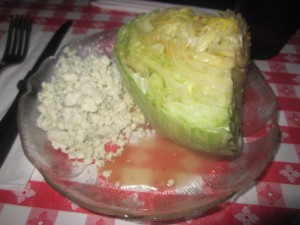 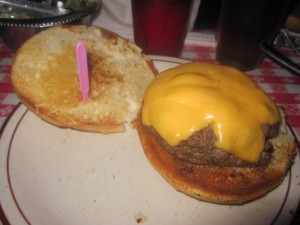 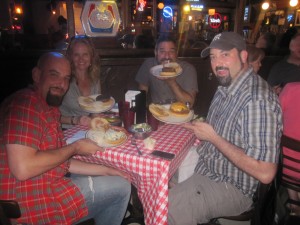