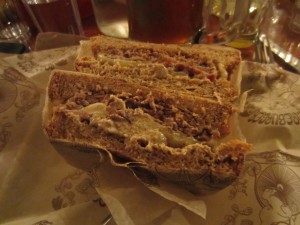 THE CONQUEST
I like Burgers.  I also really like hanging out with my friends and it was marrying those two passions that originally inspired The Burger Conquest. I wanted to create an excuse to eat with my friends, all of them. It happened at a dinner at PJ Clarke’s when some friends who were questioning the exclusionary nature of two Food clubs I run; The NYC Wing-Off & SteakClub7 and suggested I start another that anyone could take part in.

Thanks to a recent (and misleading) Groupon offer from Bareburger, I got to do just that. The offer was $10 for $20 worth of food at their newest location in the East Village, only a couple of blocks from my bar, Idle Hands. My co-owners, Marc & Rob all purchased several of these vouchers with the intention that we could use them to gather up a bunch of friends and treat to some delicious Burgers and Beers. It wasn’t until after we had each purchased several of them, we realized two things: 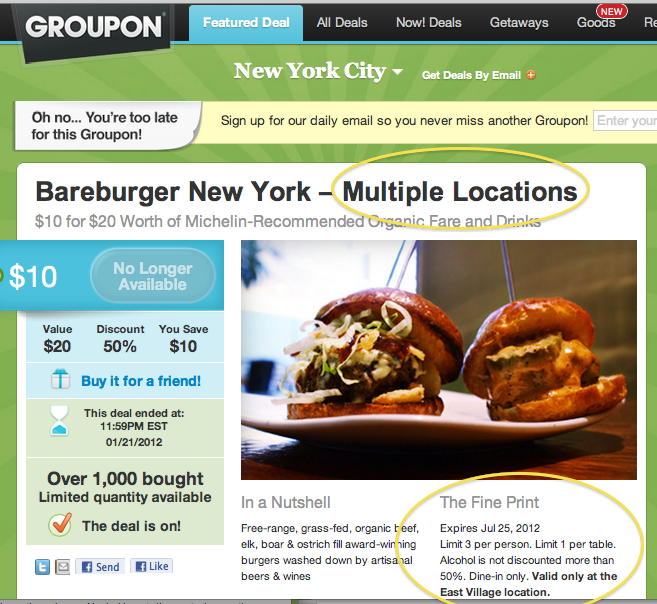 Bareburger, now opening their 9th location, is doing something unlike all the other Burger joints in New York City. The food they serve is “organic, all natural, free-range, grass-fed meats; organic and all-natural cheeses; and organic vegetables” that, where possible, is sourced from sustainable purveyors. Their table tops are made from fallen trees, their paper goods are recycled and or biodegradable and the animals being served, Beef, Turkey, Lamb, Veggie, Portabella Mushroom, Elk, Bison, Ostrich and Grilled Chicken, were raised and treated humanely. This means you can eat as much as you want and not only is it healthy, but you’re helping local farmers! Well that might not be entirely true (the Burger Conquest fact checking team has the day off), Bareburger is certainly offering you a better option. And, they serve Craft Beer!

THE BURGER
I’ve eaten at several different of their locations around town and have even written about Bareburger before so this time, I wanted to try something different. With as many options of Patties, Condiments (be sure to ask for the off-menu sauces!) & Toppings, once could go years and years, eating here every day and probably never repeat a combo. So to really go different from a Burger, do what I did and find your way into their Bareburger Sandwiches menu and order the Wild Boar Cuban Sandwich – Wild Boar Patty, Canadian Bacon, Baby Swiss and Stoneground mustard (hold the Pickles please.) I ordered mine on thick-sliced Multi-Grain Bread which while it was delicious and hearty bread, it was the wrong option for this Sando. It’s robust flavor took the shine away from the organic Boar and not so strong on the palette Swiss. The Wild Boar is porkesque but not as savory and with a more mild flavor. I’m sure it’s awesome on it’s own. That aside, this was a great interpretation of 2, maybe 3 different Sandwiches all wrapped in one. When (if) I go back to cash in my other Groupons, (minus my friends!), I might have to get this again but on a Brioche. 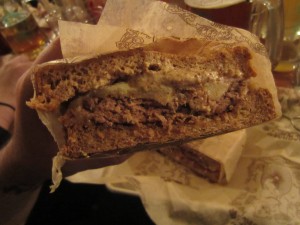 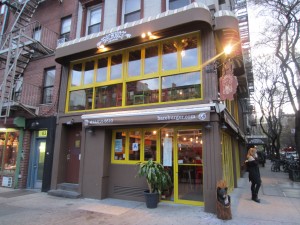 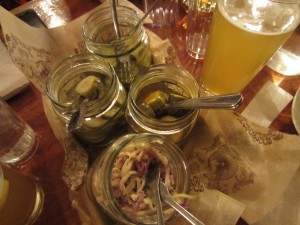 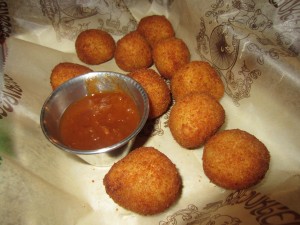 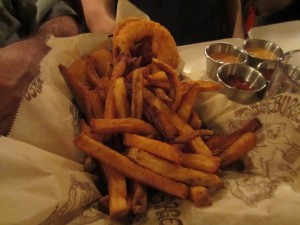 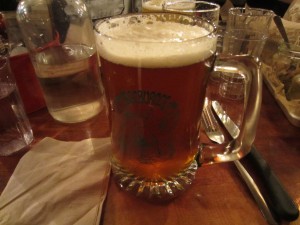 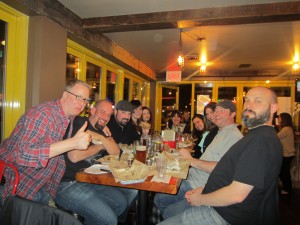 Bareburger scores a 7 on The Rev Meter.