Drink.Well – Austin, Come For the Nuptials, Stay For The Food 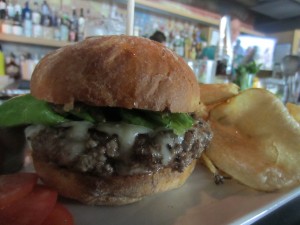 THE CONQUEST
My beautiful wife Cara and I, recently flew to Austin, Texas to see one of my best buds, Julie marry her now husband Ethan. I’ve known Julie a decade and a half now and can honestly say there is no one I know with as much conviction, drive, intelligence, confidence and funny in the way like this vocal, hard-hittin’ Texas Lady. She picked out a man who is a kind, caring, dedicated, creative Texas Gentlemen who also happens to be HELLOVA Chef Ethan Holmes is the Chef De Cuisine at Second Bar + Kitchen, home to not only one of the Best Burgers I have ever eaten, but also holds a personal claim as one of the best meals in the world.

That aside, it was a pleasure and an honor to be a present at the wedding of two people I care for very much. But this ain’t The Knot is it? It’s a Rootin’ Tootin’ Burger Freakin’ Blog! Austin is one of the best Food towns in the world and even on a trip like this, less than 48 hours, you can bet your ass I was in search of something awesome. Thanks to Cara’s best bud Sandy and her boyfriend Rob, Burgervanna was not far of.

In Austin’s ever growing food and fun scene, the city’s North Loop district is holding strong as a fave for local businesses. Austin’s newest pride is watering hole Drink.Well. A self proclaimed “American Pub,” the Drink.Well offers unique cocktails, an interesting list of Bourbons and Whiskeys, and array of Craft Beers and a small but unique pub menu. They not only Honey & Chili Spiced Chex Mix, but also “CRACK AND CHEESE” (Pasta in a five Cheese blend with Duck Bacon & Cracklin’s) and the ever popular, daily, housemade Twinkie menu which comes in extremely limited quantities. There’s no table service so if you aren’t up for a little chatter with your local tender, you’ll have to cart your own drinks from the bar to your table. The dimly lit den of unique eats and drinks could certainly serve as a shooting location for a modern day remake of “Blue Velvet,” that is if the director could resist the temptation of a “Dead Man’s Party; Our Americana twist on a tiki classic, the ‘Zombie’. Whiskey three ways (White, Rye and Bourbon), Cherry Liqueur, fresh Lime Juice, Cinnamon Syrup and Bittermen’s Tiki Bitters.”

THE BURGER
To be honest, we popped into the Drink.Well merely to do as the name suggests but after a brunch wedding, I was getting a little noshy mid-afternoon. When the bar tender told me “I’m told our Texas Kobe Burger is one of the best Burgers in town,” there wasn’t much that could stop me from wanting to crush one. It comes “Cooked to order. Cheddar, Lettuce, Tomato, housemade Pickles and Smoked Onion Marmalade.” You have the choice to go “Half Hog” by adding Bacon or Pulled Pork. Can’t decide? Go “Whole Hog” and have your pork and eat it too when they add both. We decided to forgo the Swinely additions (whatever, hate all you want) in lieu of an order of Charred Brussel Sprouts made with Crispy Bacon, Sherry Vinaigrette & Sea Salt.

The Chex Mix checked out to be pretty choice and is one of those bar snacks you could paw at all night long. The charred Greens were most excellent and as a recent convert to the world of Brussels, I have to say I love it when a restaurant can keep the insides firm but crisp the hell out of the outside without burning them. Lastly, the entre du jour, the Texas Kobe Burger. We cut the sucker into 4 pieces so everyone could get a bite on this little monster. The overall taste, thanks to the Onions was a little smoky and yet also a little sour due to the Marmalade. It was an incredibly savory piece of , loosely packed Beef that was soft, consistent in texture and taste and very, very juicy. The Bun, which I could best describe as a Portugese Roll meets a Brioche was an awesome choice. Just a little sweet, but very soft in it’s sturdy like performance. The fresh Lettuce gave a nice lite crunch in the bite while the Cheddar, a salty-yet-not-so-salty-Cheese played an amazing role as the dancer who kept the overall flavor song going.

After enjoying a great Bourbon, a fresh Craft Beer and their well-designed and delicious Texas Kobe Burger, I think the Drink.Well might want to consider adding the words “And.Eat” to their name. 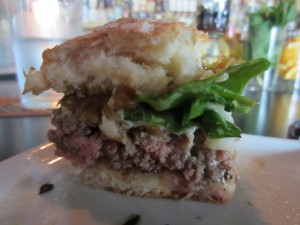 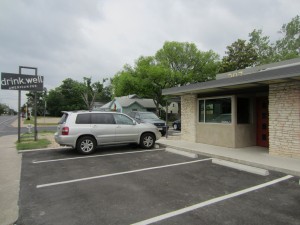 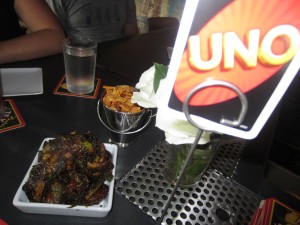 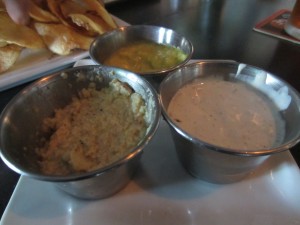 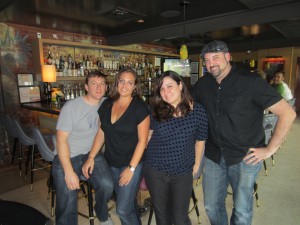 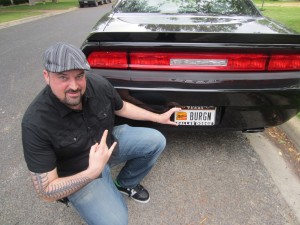 Drink.Well scores a 4 on The Rev Meter.