I set and re-broke a World’s Record for the Most “Flaming Dr. Pepper” Drinks Consumed By A Group In One Hour … 7 times.

It all started very innocently, or at least unbeknownst to me. Some friends and I were in Austin, TX for the annual SXSW conference, wandering up 6th Street when my friend Saguit suggested we “do a Flaming Dr. Pepper.” I had no idea what the hell they were talking about and instead of telling me, she took us all to the bar Touche and showed us.

ARE YOU KIDDING ME!?!?!? An alcoholic adult beverage that tastes like Dr. Pepper after being ignited by a GIGANTIC fireball!??!? Every piece of my adult life had lead to that moment … and the 75 of them we did in 45 minutes. For those doing the math, a Flaming Dr. Pepper is a half a pint of pale Lager (in Texas they use Lone Star) with a shot of Amaretto, topped with Everclear or Bacardi 151 and then set on fire before the shot is dropped into the pint glass of Beer. After blowing out the flame, you pick it up, slam it and during which you’ll notice, it tastes like the popular soda, Dr. Pepper. 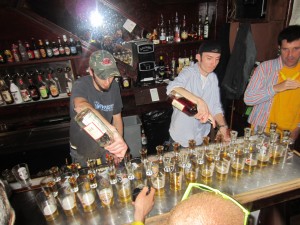 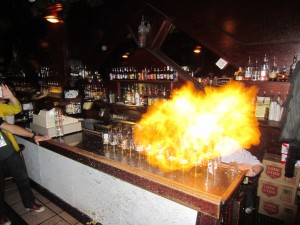 After the last round of drinks, screams and high fives, the owner, Moe Share, of the bar came out and congratulated us on breaking the record. “The Record?” I quizzically replied. “Yeah,” said Moe, “you broke the record for the most amount of Flaming Dr. Peppers drank in an entire evening!” We looked at him and replied “but we were only here for 45 minutes.” Moe replied “I know, and you broke the record.”

That was it. The date was March 18, 2006 and a tradition was born. We would return to Touche every Friday of SXSW at 6:30 and try to break the record. We’ve done it every year (save one where some faulty math later revealed we only tied.) 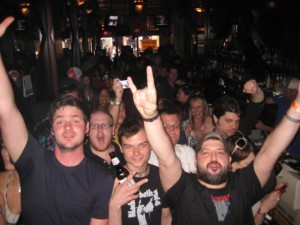 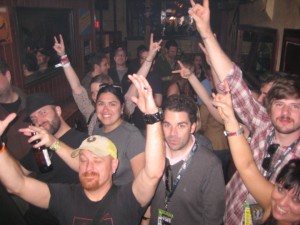 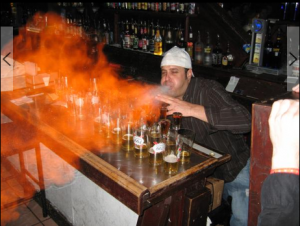 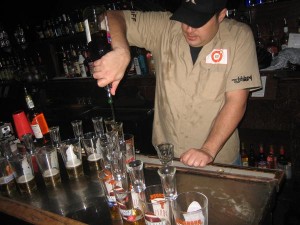 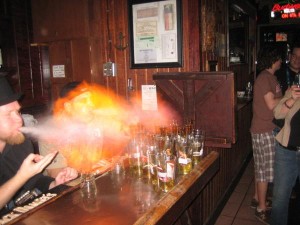 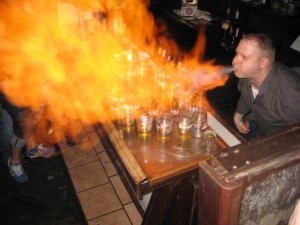 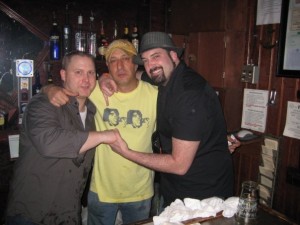 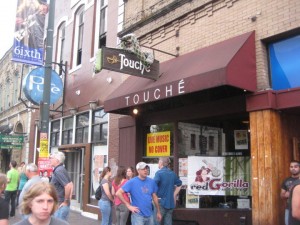 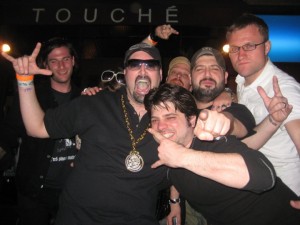 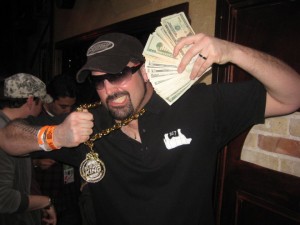 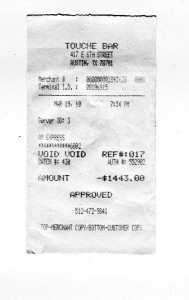 Then in 2012 I met Dan Rollman, Founder and President of RecordSetter, “the new home of world records.” Their company believes “We believe everyone can be the world’s best at something. Our mission is to raise the bar of human achievement through world records.” This was the moment I was waiting for. The moment at which my “silly party” really became a World’s Record Setting Happy Hour (which according to a Google search, as of this post, seems we have the only event called that). RecordSetter officially recognized our 2011 World’s Record Setting Happy Hour attempt as an official Record. 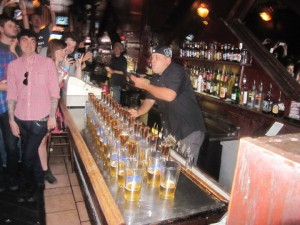 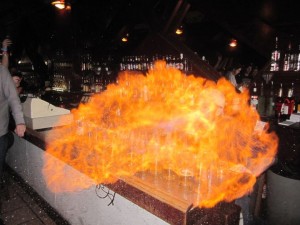 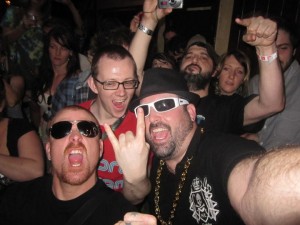 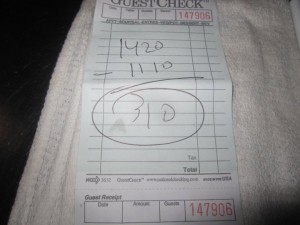 While I was excited to be able to officially call myself and my friends who participated, “RecordSetter’s,” this REALLY put the pressure on the 2012 event. Not only was the world watching but also Dan Rollman and the official RecordSetter crew was going to attend to the event and live officiate. I’m proud to say once again…WE KICK A$$! Congrats to everyone who participated, you are all now officially RecordSetters with the Most “Flaming Dr. Pepper” Drinks Consumed By A Group In One Hour. 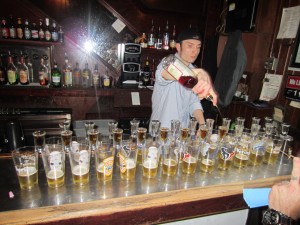 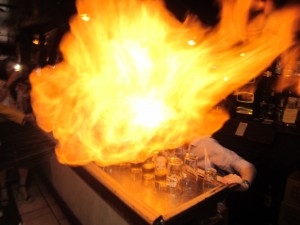 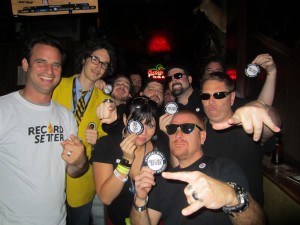 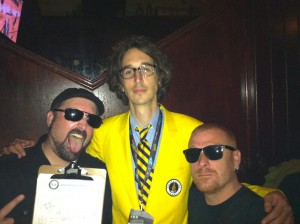 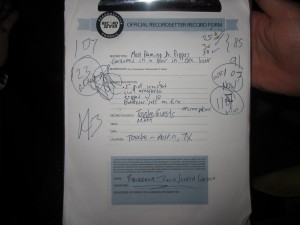 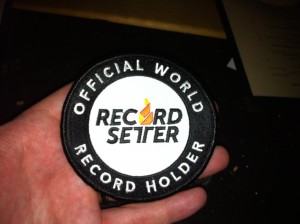 I’d like to thank above anyone else, Tony Edwards and Debra Herman, both of whom have helped organize, rally and take part in this every year. Without them, none of us would be able to call ourselves RecordSetters. You guys are true blue and I love you for supporting my habit. A massive thank you to Moe, Jim, Mark and any other member of the Touche family who year after year accomodate what is the most raucous hour of an already insane week during SXSW. Thanks to Dan, Emily and everyone at RecordSetter for helping me to prove dreams do come true.

*No Burgers were harmed in the setting of this record.*

However, if you are looking for a great Burger in Austin to soak up the Flaming Dr. Peppers from your own (failed) attempt at breaking our record, I suggest the following: