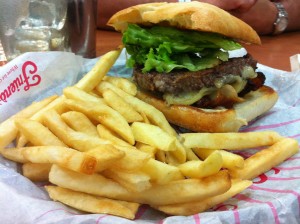 THE CONQUEST
When people are down they need a pick me up and that was what happened in 1935 when Presley and Curtis Blake served their first double-dip Ice Cream Cone. It was the height of the Great Depression and the 2 brothers were serving the Cones out of their flagship store in Springfield, MA for only 5 cents. 7 decades later and several owners later and there are 380 stores in 16 different states. Friendly’s is still best known for their Ice Cream but they also serve a full menu including Breakfast, Sandwiches, Salads, Soups, Munchies and Dinner entres. Friendly’s chains are popular with many walks of life due to their simple menu, affordable prices and family friendly dining rooms.

While recently visiting my cousin in the hospital upon the birth of their two beautiful twin baby girls, my wife and I took their proud pappy out for a bite. Our only two choices were the hospital cafeteria or the Friendly’s across the street. Friendly’s hardly seems like the kind of place that a Fresh, never Frozen, Hamburger obsessed junkie would flock to but after a quick Google search revealed that Friendly’s proudly boasts exactly that with their “Big Beef” Burgers, the decision was made.

THE BURGER
We started off with an order of Mac N Cheese Bites. As I posted on my Foodspotting profile; “I’m not sure Mac N Cheese needs to be fried but I did know I needed to try it.” Take your standard grocery store boxed Mac N Cheese, insert it into a Breaded Shell and deep fry. Imagine a Chicken Nugget, sans Chicken, filled with said Mac and that’s what you get. I would rate them more as fun or novel than I would good but given the celebratory nature of our moods, they did the trick.

When it came to selecting my Burger from the menu, instead of creating my own, I ordered the Vermonter: “A Big Beef burger, melted Vermont White Cheddar Cheese, Maple Pepper Bacon, Lettuce and Mayo, on a Toasted Ciabatta Roll. This was not a bad Burger. Everything about the sandwich defined what I think Burger means to most people in this country. The patty tasted like your average store bought and fried burger patty. It’s not really greasy nor is it too salty. I enjoyed the toasted Ciabatta which was neither too thick, too thin, too under or over toasted. It was just right.  The Lettuce was fresh, the Bacon tasted like Bacon (although I couldn’t detect and Maple or Pepper flavors) and the Cheddar tasted exactly as I picture a middle of the road slice of Cheddar Cheese. The French Fries could’ve been left in the frier another 45-60 seconds but were otherwise good. I wouldn’t call this a great Burger, nor would I call it a bad Burger and in fact, I must admit, for what it was, I did enjoy it! 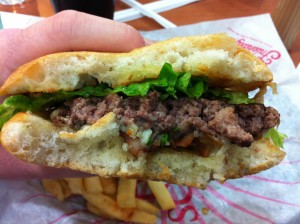 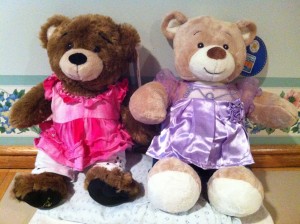 – I call rights to the twins’ first Burger Conquest!! 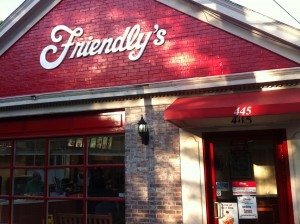 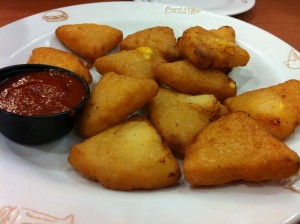 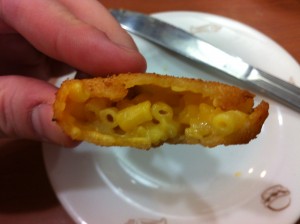 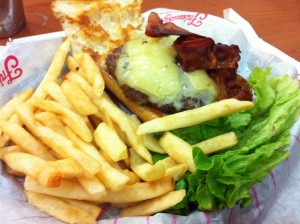 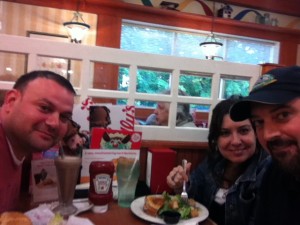 Friendly’s scores a 4 on The Rev Meter.

1 Response to Friendly’s – Build A Bearger