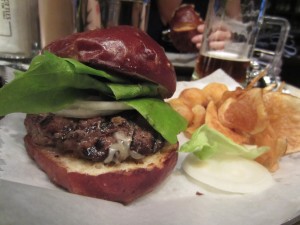 THE CONQUEST
New York is often referred to as the city that never sleeps because you can do just about anything you want here any time of day you want it. But with every rule, there is always an exception to that rule that proves the rule. In the case of the above, that exception is ride your bike on 6th Avenue, the FDR Highway, the Brooklyn Queens Expressway and the Verrazano Bridge with NO vehicular traffic. That my friends, only happens one day a year and it’s known Bike New York’s TD Five Boro Bike Tour.

The “5 Boro” as most riders refer to it as, takes place every year on the first Sunday of May. It starts in the early AM hours at Battery Park in Fidi and takes a 40+ mile path on a bikes-only, car free adventure that hits all 5 New York City Boroughs, ending at a big festival in Fort Wadsworth, Staten Island. What makes 32,00 people ecstatic to take part in this annual event? 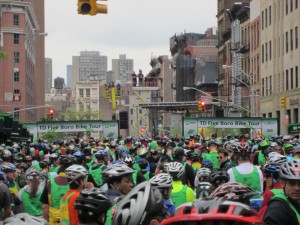 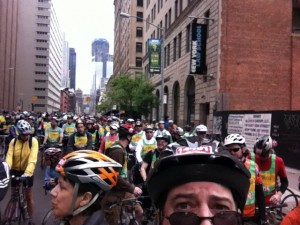 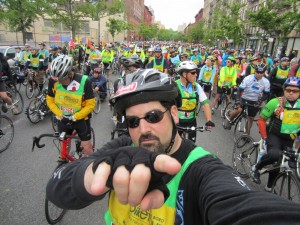 Is it crossing the QueensBoro Bridge … IN THE MIDDLE OF THE CAR LANE? 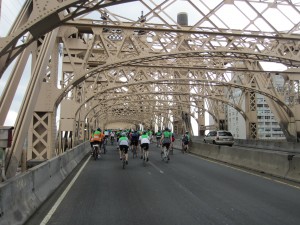 Is it so we can see just how insensitive people can be by shoving their pooch into a bag, slapping it on their back and riding 40 plus miles? 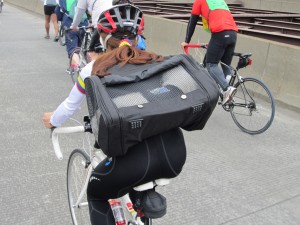 Is it the ability to ride all 4,260 feet of the Verrazano Narrows Bridge sans traffic? (Maybe, but it’s definitely NOT to be dumped off in Staten Island!) 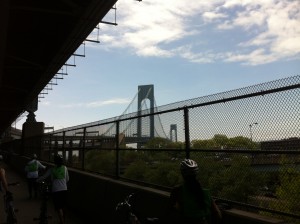 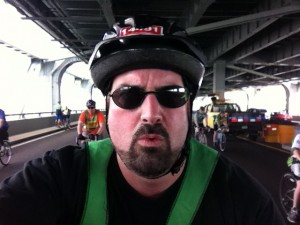 Is it Cheesy Crackers they hand out near the end of the ride (a personal fave)? 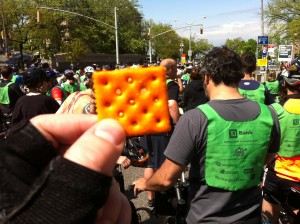 Is it a super fun, awesome day, spent with your friends doing something you can’t do on any other day of the year? 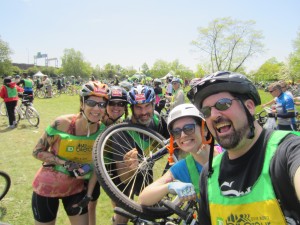 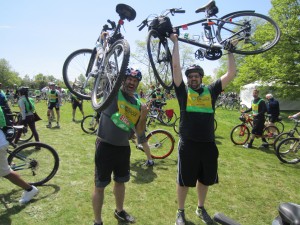 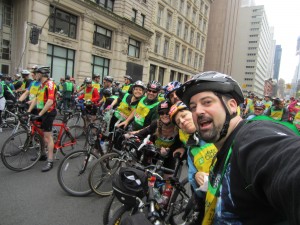 Do people go on the 5 Boro Bike Tour so you and you’re super rad group bike game entitled “Metal Mania” can get their instagram photo featured on Gothamist? (Yeah, that happened.) 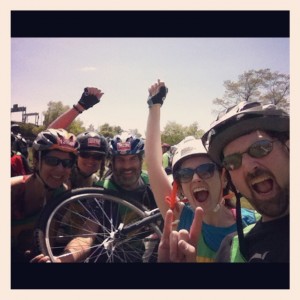 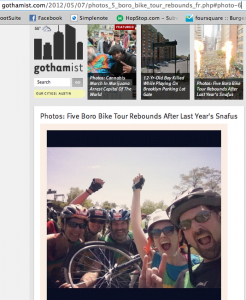 Truth be told, it’s all these reasons and more. Regardless, it’s a terrific way to spend a Sunday and see parts of New York you would never see otherwise and certainly not in this fashion. I could not endorse this wonderful event more although I would definitely serve up a MASSIVE complaint about this year’s redemption process. In year’s prior, they mailed you your registration. This year, they made EVERY SINGLE RIDER report to the New York Bike Expo at Basketball City in the 3 days before the ride and pick up their packet. It was a super, pain in the butt and I, along with all my friends, would’ve gladly paid extra to have our packets shipped to avoid this mess.

Not only is Bike New York’s TD Five Boro Bike Tour one of the best days of the entire year and amazing kick off the summer, but also a great way to start off National Hamburger Month! Read my posts from 2010 & 2011 for more on the ride.

THE BURGER
Located on the tiny stretch of land known as Stone Street in New York, you’ll find a number of pubs, restaurants and bars that split a great location for outdoor dining. In the warmer months, it’s a mob scene trying to get a table, much like it is every day when the Financial dudes and dudettes spill out of Wall Street and into the various Stone Street locations looking to take a load off their day trade with some eats and drinks. Among them you’ll find the Dog themed Gastro-Pub, Growler Bites and Brews. Serving up an interesting array of constantly changing Craft Beers, including a few house specialties, only available at the Growler. Not a Craft Beer fan (see a doctor), check into their Canine themed Cocktail menu or their make your own Bloody Mary bar, available during weekend Brunch. Stop on in for a selection of Artisan Sausages with the option of Hawaiian or Chicago style toppings, Pub Snacks like Deep Fried Pickles and Mini-Corn Dogs or Sandwiches which include Berkshire Pulled Pork, Grilled Cheese or the Growler Burger.

It’s the ladder that lead me and my Biker Gang to the Growler post epic Bike ride…that and the awesome selection of Craft Beers. Unfortunately it was a little too chilly to sit outside, so we nabbed a table on the inside and quickly started scarfing down “Bites & Brews.”

The Growler Burger comes with a 6 ounce, grass fed, American Kobe, Ground Beef Patty and is served on a Pretzel Brioche with Lettuce, Onions, Pickles & Tomatoes. You can opt to add NY State Vintage Aged Cheddar or Nueske Thick Cut Bacon. It comes with a side of the Growler’s Homemade Spicy Potato Chips. The Burger has a deep, real Beef taste that just melts in your mouth. Be sure to do the lean when eating, this is one juicy Burg and guaranteed to drip into your lap if you aren’t careful. The Pretzel Brioche does a great job of catching most of it but almost too good at times. It’s a great Roll, that’s for sure, but it’s a little too Bready and gets in the way of tasting the Beef. But that’s just being nit-picky. I ordered mine sans Tomatoes & Pickles (ICK!) but with the Aged Cheddar which adds a nice savory, creamy, yet subtle approach to the palette. Be sure to add some of their delicious spicy Mustard to the Burger but not too much!!! It’s got a great real mustard flavor with a decent kick but applying too much will overtake the sandwich. On the other hand, don’t hesitate to slather up a Mini-Corn Dog in it!

The Growler Bites and Brews “Growler Burger,” is without a doubt the best Burger I’ve had on South Street and a great way to round up a massive, 40+ mile, 5 Boro Bike Ride with your friends. 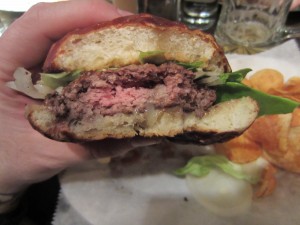 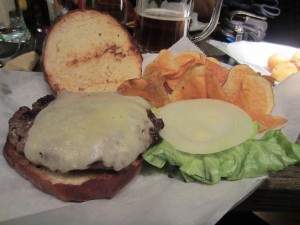 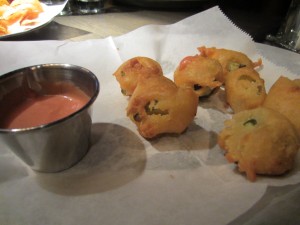 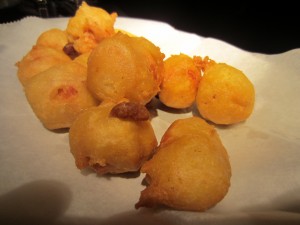 May 6, 2012 – 4:35 pm
The Rev Meter for Social Community
“The Rev Meter” is a social community meter for assessing how optimized a bar or restaurant is with social networking. By taking what I consider to be the 10 most important social networks and creating a point system, I can accurately asses how well your business is using social networking as a tool. My goal here is to educate and assist great business to better effectively use these tools.

Growler Bites & Brews scores a 3 on The Rev Meter.