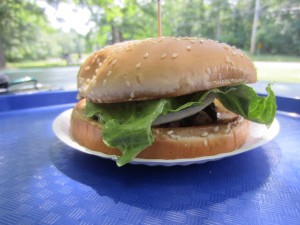 THE CONQUEST
I have a lot of crazy friends. With 12+ years in the music business, owning a bar, writing Steak, Hot Wing & Burger Blogs and producing tasting events like aPORKalypse, Elixirs and Eats, Beastie Boys Beer Pairings and such, I’ve met a lot of interesting people. One of the most interesting and unique is Patrick Donagher. Patrick loves beer and when I say he loves beer, I’d guess if it wasn’t for his fantastic wife Roz, he would probably marry beer.

Patrick is the co-owner of the BEST Beer bar in Queens, if not one of the best Beer bars in all of NYC, the Alewife. They have one of the most unique, rotating list of beers available in any zip code and back it with what is most certainly the BEST Burger in Queens, “The French” topped with Caramelized Onions and Gruyere (proper review to come soon, I swear.) Patrick is also the founder of Get Real Presents, an events production company that puts on and hosts some of the most unique, fun and delicious Beer events available. For an in depth example, check out my post on the Get Real Presents Beer Balls Festival in NYC.

Patrick has opened my eyes and more so my taste buds to more unique, quality craft beers than anyone else. His in depth knowledge of the history, process, business and flavors of Beer is uncanny. He knows how to make it, taste it, pair it with Food and sell it to others all while maintaining a deep level of respect for the people who make it and the product itself. Tasting Beers with Patrick is fun and informative.

Patrick also has a massive sense of adventure so when he and his partner Daniel Lanigan, not only did they want to go to “The Festival,” but they wanted to organize a bus trip to and from NYC to go, I wasn’t surprised. Nope, I was thirsty…Thirsty for Beer and adventure!!  A few minutes later a bus was booked, tickets were bought and a Festival Bus Trip Eventbrite link was created. Here’s the description the two of them came up with:

This is THE most important collection of Foreign + Domestic Brewers ever assembled on U.S. soil. Flying in from all over the world, and pouring their beers for you. For only 2 days, ever. All of the best Brewers from the Shelton Brother portfolio, and the 12% Imports portfolio, actually pouring you beers directly.

This is an event that will be talked about, blogged about, and reviewed for years to come. A room full of Brewing Masters, of widely differing styles, all sharing a brotherhood of spirit, integrity and passion.

You are out of your fucking mind if you skip this Beer Fest!!!!!

THE FESTIVAL’S DESCRIPTION:
12% Imports and Shelton Brothers have partnered to present a unique international festival focused on artisanal brewers, as well as cider and mead makers.   We aren’t just throwing the words ‘unique’ or ‘artisanal’ around lightly here.  We specialize in importing small-batch products, from tiny producers, in far-off places, in very small quantities.   Never before has any festival in the U.S. featured such a broad array of traditional drinks from across the globe.  That alone is unique, but what’s even more special about The Festival is that the people who create these beers, ciders, and meads will actually be on hand to pour them!  Every single producer will be there: more than sixty different artisans, bringing over three-hundred different beers, ciders, and meads!  We have producers traveling from as far away as Japan and New Zealand – all told, more than a dozen countries will be represented at The Festival. 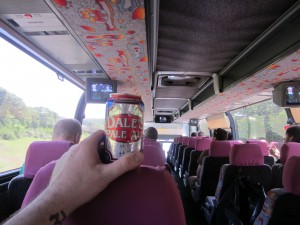 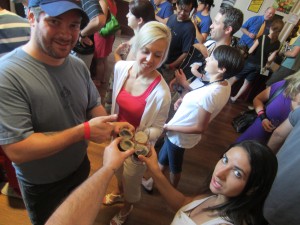 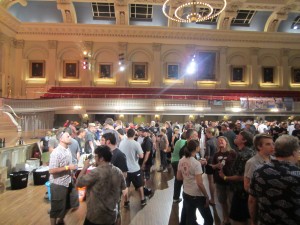 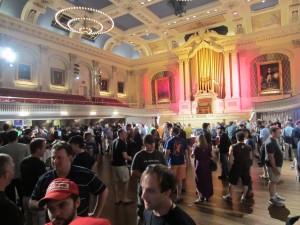 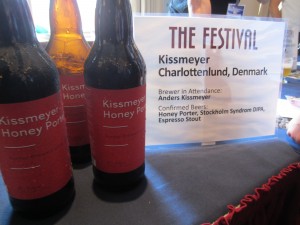 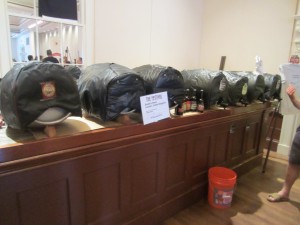 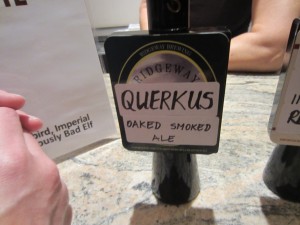 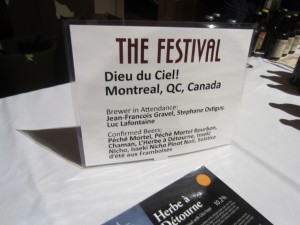 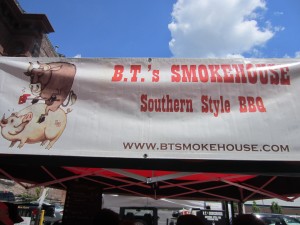 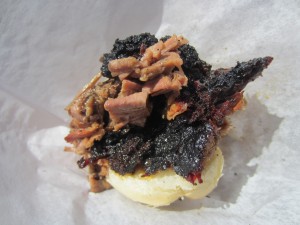 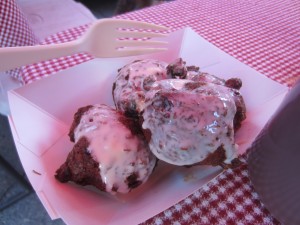 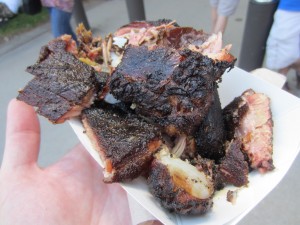 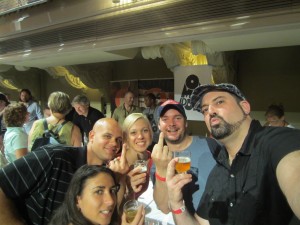 Was their description accurate? 110%! In all my travels to Beer festivals and putting them on myself  I’ve never seen a room filled with this many rare, hard to find, quality made Beers, let alone having them poured by the people actually making them. When “The Festival” returns in 2013, you are NOT going to want to miss out. I implore you to connect with the organizers now so you don’t miss out.

So what does this have to do with Burgers?!?! (I love writing that in a post.)
Patrick and I decided to hang around for the 2nd session of “The Festival” instead of hopping the bus back to NYC. We just had not had enough of the awesome Beers and had to have more. We hung all night with our fellow friends in the Beer industry, had a great time and had to figure out a way home the next day. Patrick and I rented a car and on the drive back from Worcester, MA, I looked over at my very hung over & tired compatriot and said “I’m taking us to get a Burger.”A quick scan of the Burger Bible, “Hamburger America,” written by my Burger Brother, George Motz, revealed a Burger of seasonal lore; Clamp’s Hamburger Stand in New Milford, CT. Clamps is a seasonal Burger stand that only opens in the summer. So shrouded in mystery and sensation, this Burger destination doesn’t even have an address. Go ahead, Google your heart out, plug it into any GPS, look it up in the Yellowpages (do those still actually exist?) and you’ll find it but you wont find “1234 Main St.” You’ll see someone telling you it’s XX.XX miles North on Route 202 from YZYZY landmark. Then, if and when you do find this way the hell off the beaten path, hopefully you’re not greeted like we were: 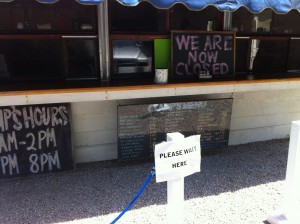 Clamps keeps some strange hours and every day from 2 until 3:30 pm, they turn off the grill and close down. Due to the difficult nature of finding Clamps, Patrick and I unfortunately arrived at 2:04 pm when were informed, the grills had been turned off. Our Burger road trip adventure had been thwarted but not yet our hangovers. This clearly would not do. A quick Google search revealed that the editors of A Hamburger Today fell under a similar scenario and offered a solution just a mile or so up the street.51 years ago Bob Hammer opened a summer food stand with the intention of offering quick serve eats and cold treats to family along a quite stretch of road in Connecticut. The year was 1961 and still today, the Gooseboro Drive-In is still owned by Bob and doing the same thing. Great for families and road trippers driving through the local area, the Gooseboro Drive-In offers, Hot Dogs, Chicken Fingers, French Fries, Sandwiches, Ice Creams, Slushies, Sodas & of course Hamburgers, you know, the good stuff. It’s a simple little stand with one service window, a small lobby and a large outdoor area with picnic tables. It’s the kind of place we all grew up going to with our families on a sunny afternoon in the summer. The nostalgia here is kept up by a crew of smiling faces and friendly people serving up the simple American comfort Food we all grew up loving.
They also maintain regular hours and a mailing address! 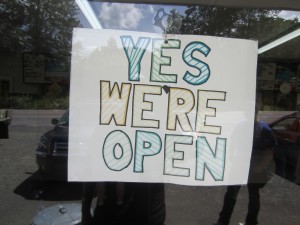 THE BURGER
I ordered the Gooseboro “Famous Burger” with Lettuce, Cheese, Onions and Thousand Island Sauce. The Burger Patty was cooked medium well and served on a Sesame Seed Roll. No points here for Burger to Bun ratio as the Patty was way too small for such a large Bun. As for the Patty, aside of being small it was cooked to a Medium Well. Perhaps my fault as I didn’t specify but I also assumed at a place like this, they’re made as they’re made, no questions. It was a good Burger and certainly had the air of history and nostalgia about it. Honestly however, I didn’t care. The mission was to eat a seasonal roadside stand Burger and thus cure a hangover caused by some high-gravity imported Craft Beers. Mission accomplished.

What really made the meal special was the dessert. The Gooseboro Drive-In has a pretty extensive Ice Cream / Slushie / Dessert menu and more Cone Dips than I have ever seen anywhere. I knew I had to have one, the only difficult part was choosing which dip. After about 5 minutes of staring down the menu, I landed on a Vanilla Soft Serve Cone dipped in Toasted Coconut. It was EXACTLY what this summer day (and my thumping head) called for. I ate it with the same kind of Kool-Aid smile spread across my face as I probably did when my Mom used to take me to Cone Zone in Novi, MI when I was a kid. 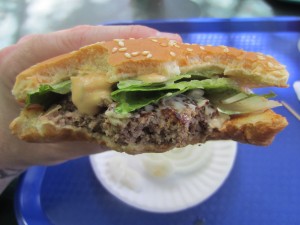 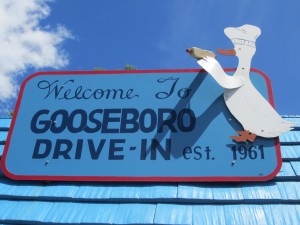 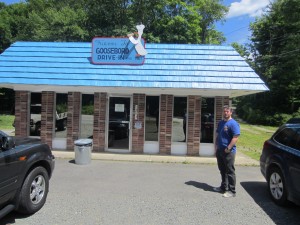 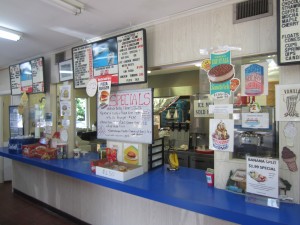 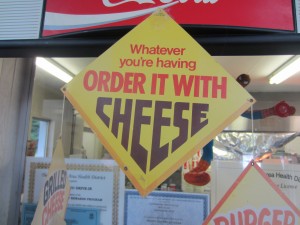 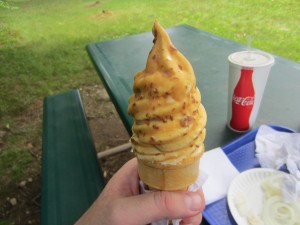