THE CONQUEST
I’ve been to a lot of Beer festivals & I’ve hosted and produced Beer festivals. The key to standing out is to be different and have something that’s unique about your event. Something that sets is apart from the rest. Take for example 12% Imports & The Shelton Brother’s “The Festival.” From the appearance, it looked like any other Beer fest. Lots of tables, lots of Beers, lots of people tasting Beer and after Beer. But if you look at the line up of breweries, they had some of the world’s most renowned brewers on hand pouring some of the world’s highest rated Beers. That line up has literally never happened at festival before, thus creating a “you have to be there” scenario. Anyone can sample flagship Beers at their local craft Beer bar so there’s no need to put together an event where someone is offered the same Beers they can get just about anywhere. 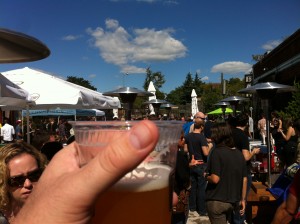 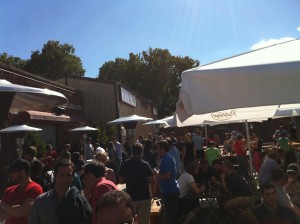 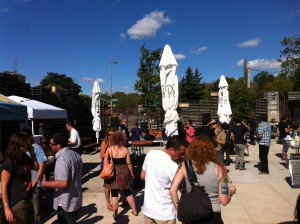 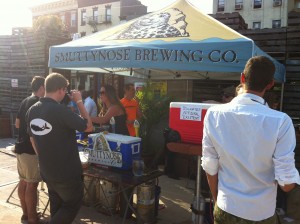 Enter the Annual Freaktoberfest Boutique Beer and Music Festival. To have a more unique festival than this you would have to offer Unicorn Rides, cliff jumping and life sized origami along with Beers that you had to use a time machine to acquire. Freaktoberfest is brought to you by Shmaltz Brewing Company, Smuttynose Brewing, Mikey Palms and the New York City Craft Brewers Guild. Each year the venue changes but so does the Beer and the entertainment. This year the festival was hosted by Coney Island Circus Sideshow staple, Donny Vomit. Donny brought along with him a gaggle of oddities, freaks and a burlesque show. Add all this up with a sick line up some of the most rare American made Beers available in the area and stick in an outdoor beer garden along with a bunch of music acts and you have the 5th Annual Freaktoberfest Boutique Beer and Music Festival. 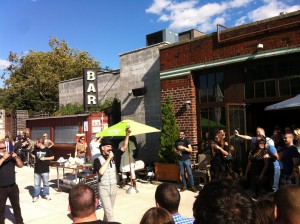 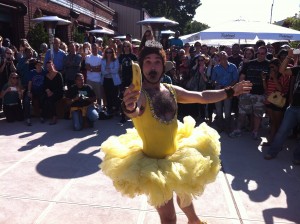 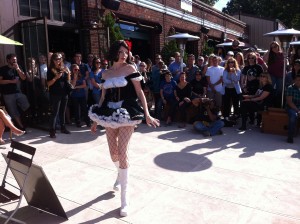 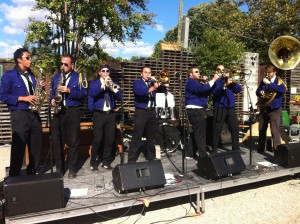 Freaktoberfest was far and above the most unusual, unique, ultra-fun, uplifting & unpretentious Beer festival I have ever been to. If you want to have a good laugh, taste some rare beers and enjoy a relaxing day of food, drink and entertainment, make sure you like them on Facebook so you don’t miss out on the 6th annual in 2012.

BREWERIES AND BEER AT THE FESTIVAL:

And now through the magic of the internets, my still camera, iMovie and YouTube, you may now enjoy The Evil Hate Monkey‘s “performance” through this collage.

THE BURGER
Freaktoberfest was held at Greenwood Park,  a 13,00 square foot restaurant and Beer Garden in South Park Slope Brooklyn. Built out of an old gas station and boasting 60 beer tap lines, an indoor bar, an outdoor cargo bar, 3 bocce ball courts and a seasonal menu. They have DJ’s, WiFi, TV’s, cold brew coffee, specialty cocktails and even keep the outdoor Beer Garden heated in the Winter. It’s a one of a kind location in the area that truly is fit to suit all needs. Greenwood Park’s kitchen as well as their outdoor gril was open during Freaktoberfest and since the best thing to do with Craft Beer is eat food, I couldn’t resist ordering a Hamburger.

The Greenwood Park Burger is made from All-Natural Grass-Fed Beef and served on a large Potato Bun. It also comes with the standard Tomato, Pickle, Lettuce, Onion & Cheese options baut I chose to go with only the last 3. The Burger has a nice back yard grill char flavor to it which seems appropriate given the surroundings. Unfortunately my Burger was overcooked despite my asking twice if they could cook it Medium-Rare. They use Bibb Lettuce which was an interesting change from the norm. The Bun, which didn’t seem to Potato-ey to me was kind of bland and really didn’t add anything to the Sandwich. It definitely got the job done and allowed me more substance to soak up more tasty Beers. The hand cut French Fries on the other hand were most excellent. Fried up just right with enough Salt on them. I ate every single damn one of them and you bet they made me thirsty for more crafty suds. 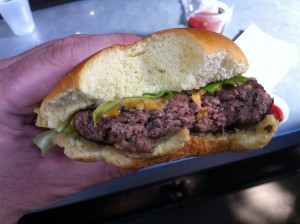 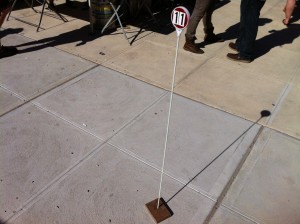 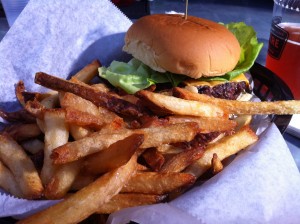 Big ups to Pat Fondiller from Smuttynose Brewing. He is the true life blood behind Freaktoberfest and if it wasn’t for him, this super cool event wouldn’t exist. You can all thank Jeremy Cowan from Shmaltz Brewing, the other half of the Freaktoberfest team, who we can all thank for keeping Beer weird. While I’m throwing out the thanks, here’s one to Sean McCain from The Bronx Brewery and Olivia Cerio from Empire Brewing for always making me laugh, smile and appreciate the Craft Beer community. 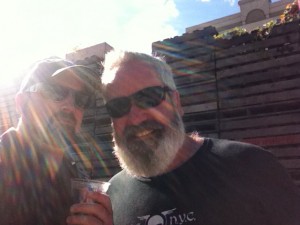 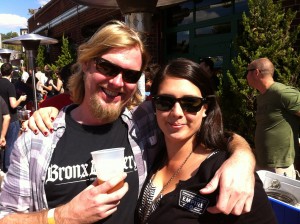