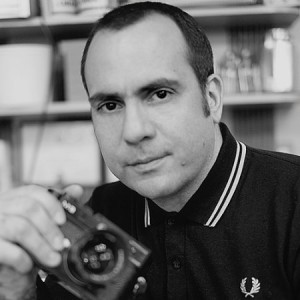 Nick Solares is an NYC based food writer and photographer. He started his personal blog Beef Aficionado in 2007 by eating a hamburger a day for the month of May. He has been a regular contributor to Serious Eats since 2008, served as NYC reviewer for A Hamburger Today and Slice and currently writes for AM New York and  Steakcraft on Serious Eats New York, a column that examines the best steaks in NYC.

Where do you live: NYC

Favorite Childhood Burger: The Great American Disaster in London, a now defunct chain (I grew up in England)

Burger that haunts your dreams at night: The slider from the sadly closed White Diamond in Linden, NJ

What is the one Burger you’ve always wanted to try but still have not: The deep fried burger at Dyers in Memphis. I stayed a few nights in the Peabody hotel that is literally right around the corner from it but I was on BBQ tour so my days were pretty full. By the time I got my act together to get down to Beale Street it was late Saturday night and it was so mobbed that there were barricades cordoning off the street while all around scenes from a bad frat house film unfolded. I beat a hasty retreat.

The secret to making a great Burger: Salt, pressure and violent, intense heat.

Under no circumstances whatsoever, what should NEVER be put on a Burger: This may come as a surprise as I have a reputation for being a minimalist/purist when it comes to toppings but there is nothing that one can put on a burger that changes it from being a burger. Therefore there is nothing that one shouldn’t put on a burger. Personally, I don’t think a burger needs much more than American cheese but whether there is one ingredient of fifty does’t matter.

If you could eat any Mythical Creature which would it be: Ronald McDonald

If you could have a Burger with anyone alive, or dead, fictional or real, who would it be and where would you take them: I would resurrect Walt A. Anderson originator of White Castle and inventor of the hamburger and take him to White Rose in Linden, NJ to show him that despite all the technological changes in the ensuing decades his original creation has withstood the test of time.

Name one Burger in LA that for once, people should get off a plane and go eat instead of In-N-Out: Pie N’ Burger. In fact that is reason enough to go to LA.