The Cattle Call – Kate Levenstien from Bacon and Beer Classic

The Cattle Call – Kate Levenstien from Bacon and Beer Classic 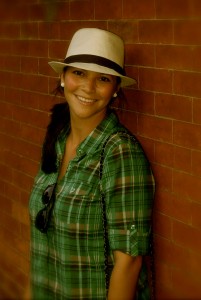 I grew up traveling and and was a very adventurous eater. I’d fall in love with the different food in each region I visited. My parents are unbelievable chefs and take care of a big garden filled with vegetables, flowers and herbs. After graduating from UW-Madison, I was managing large-scale events, specifically 5K races and beer festivals, but wanted to incorporate my passion for food into my work. That’s why I started the Bacon and Beer Classic in September 2013. It’s so inspiring to work with food-focused non-profits, local chefs, restaurants, brewers, industry influencers and writers. I love nothing more than connecting locals with a new restaurant, watching them try a new food, or showing them a new way to cook or prepare food in their own home! Excited to bring this event to NYC in July and more cities around the country!

Name: Kate Levenstien, CEO and Founder of Cannonball Productions and the Bacon and Beer Classic

Where do you live: I just moved to the West Village after 5 years in Chicago. But, I was born and raised in good ‘ole Jersey!

Favorite style of Burger: Obviously it has to include bacon! I had this unforgettable burger at a spot in Manly Beach, Australia. It had beetroot, bacon, cheddar, egg, lettuce, tomato and some killer aioli.

Favorite Childhood Burger: Black bean. We used to make homemade veggie burgers with everything you can imagine. I was raised a vegetarian, but now I think of myself more as a bacontarian!

Burger that haunts your dreams at night: I just had my first Ramen Burger at Smorgasburg and it blew my mind. I’ve caught myself daydreaming about it a lot this week…

What is the one Burger you’ve always wanted to try but still have not: Fergburger in New Zealand. I was there and the line was insane, but I had to run to go skydiving and couldn’t wait in line. I’ll get back there one day…

The secret to making a great Burger: Don’t overcook it! Burgers should be oozing with juice. And you can never go wrong with adding a few strips of crispy bacon.

Under no circumstances whatsoever, what should NEVER be put on a Burger: I can’t imagine a peanut butter and jelly burger…but I never say never!

If you could eat any Mythical Creature which would it be: A werewolf burger! Owwwwwwww!

If you could have a Burger with anyone alive, or dead, fictional or real, who would it be and where would you take them:  I’d love to grab a burger in a drive-thru on Willy Nelson’s RV…preferably a White Castle.

Name one Burger in LA that for once, people should get off a plane and go eat instead of In-N-Out: I haven’t spent enough time out in LA to know…but they should definitely head straight to Kuma’s Corner in Chicago!

Please use this space to talk about or plug anything else you want: The Bacon and Beer Classic is heading inside of Citi Field on July 26th! We’ve rented out the ballpark and Aramark (for the first time ever!) so we can bring in over 100 craft breweries and restaurants to make bacon dishes for everyone to sample! There will be music, food demos and beer schools and crazy games – think dunk tanks, Whiffle ball, giant Jenga, inflatable bungee run and cornhole!

GET DISCOUNTED TICKETS TO THE BACON AND BEER CLASSIC IN NYC