THE STORY
We were down in Austin, TX for the annual South By Southwest (SXSW) Music conference and festival. Rumor has it that Casino El Camino has the best burger in these parts and although Austin is more know for it’s BBQ and Mexican food, we had to find out. The place is touted as a “real neighborhood bar” and although its located on Austin’s East 6th Street, the party section of town that draws in tourists, it maintains its locals draw. Loud music and long waits are a part of the way things are at the Casino so don’t expect a quiet meal with impeccable service, it’s a dive bar with burgers. The decor is part metal, part biker, part art house, with a vibe that really can only be what makes this unique spot what it is. Not to mention, there was a sweet Batman Corvette parked outside.

THE BURGER
After 4 days of beer, music and heavy eaten, both Marc and I wanted to order the famous Amarillo Burger with Roasted Serrano chiles, jalapeño jack cheese and cilantro mayonnaise but felt maybe our tender insides couldn’t handle it. But hey, we came all this way and who are we to stand down in the face of a burger?!?! So we split one along with a Chicago burger with Bacon, Romaine lettuce and cheddar cheese. Yianni got the Buffalo Blue, while George also got the Chicago and Matt ordered the K.C. along with some chili cheese fries.

Both burgers were ordered medium rare and when the Chicago arrived, it was more along medium well. They unfortunately forgot to make the Amarillo so we ate the Chicago while we waited. The whole wheat bun was a nice touch while the bacon and cheese melded together as a nice topping. Unfortunately the over cooked burger was also bland and a little dry. I was definitely let down.

Another 15 minutes later and the Amarillo burger was ready. They called Marc’s name and he picked up the burger at the kitchen. We dove right in. It was cooked to a perfect medium rare and un-like the Chicago, was juicy and full of flavor. No idea what happened between the 2 sandwiches. Just when I was starting to think this one was pretty tasty, the heat from the peppers kicked in. Holy smokes! It was a barn burner. The first couple of bites went down no problem but then the intensity from the peppers made it hard to continue. I was into the flavors bursting into my mouth and try as I might, I just couldn’t finish the burger. Not for a lack of trying but a combination of pain and fear for what might happen later. It was like running a race and collapsing right before the finish line.

In the end, Casino was definitely a unique experience but it wasn’t an amazing one. The burger was just ok, the fries were limp and soggy, the service was ok (we did have a very friendly server but she was the only one working the whole restaurant), the music was too loud to talk over and it didn’t help that some guy in a Pogues shirt played several dollars worth of the Pogues and Flogging Molly (great bands, just too much at once.)
. 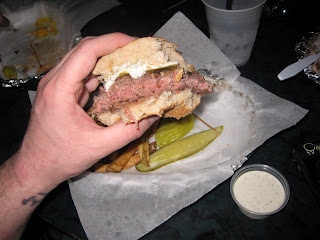 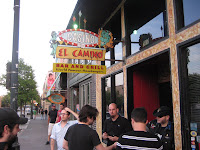 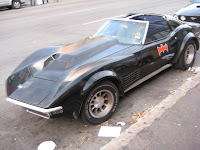 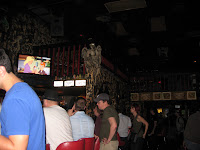 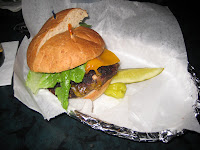 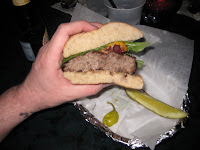 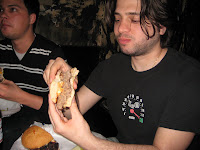 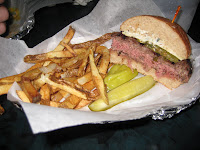 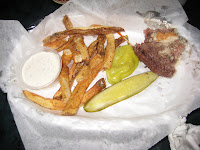 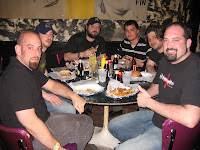