THE STORY
On July 20th, 2008, I gathered up a bunch of my friend’s to get a burger together. It was my father’s birthday and before he passed away, nothing made him happier then getting friends together for a burger and a beer. After a great time at PJ Clarke’s, I joked about starting a burger blog. With our friends Mike from Darkest Hour and his manager Mike in town on the the Summer Slaughter tour, I thought it was a great reason to get Team Burger together.

I wanted to pick something close to the venue and after a few web searches, the fine folks at Chow Hound pointed us towards the Old Town Bar. More than a century old, it was once presented a “Golden Local” award by NBC for being the “Best Old Bar” in NYC. Built in 1892, the Old Town Bar served as a speak easy named “Tammany Hall” during Prohibition and since has been made famous by many “moving pictures.”

THE BURGER
I almost passed up the regular old cheese burger for the Bison Burger but in the end with a medium rare burger with American cheese. While perusing the menu I noticed the Horseradish-Cheddar dip which I asked with the intent of full on fry dippage. The burger came on a sesame seed bun and much to my joy, 2 slices of cheese. The sandwich was a greasy old school “Dad’s” burger (as I like to call it) and came with whole seed mustard. The burger was decent although overcooked especially thanks to the mustard. The real star of the show was the Horseradish-Cheddar dip. Served cold it made the not-so-awesome shoestrings hard to stop shoveling into my face. 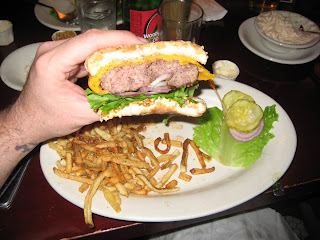 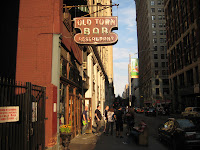 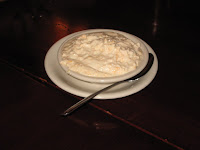 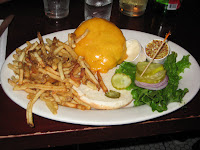 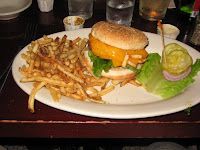 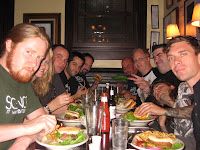