THE STORY
The #1 industry in San Francisco is tourism and if you are going to pay a visit yourself, be sure to include AT&T; Park, home to the San Francisco Giants, on your itinerary. Out of all the baseball stadiums I have been to, this is my favorite. The Park sets the standard for which all of the new stadiums should be measured against. With it’s breath taking views of the San Francisco bay and amazing selection of food and drink, it’s sure to please. AT&T; Park is the MLB stadium since 1962 to be privately financed and was named in 2008, Sports Facility of the Year by Sports Business Journal. The Park claims the unique ability with it’s location on McCovey Cove to call “Splash Hits;” any fly that lands in the water without hitting the Arcade or Portwalk. The Giants home also claims the title to the first professional sports venue to offer WiFi, maybe that has something to do with its namesake?

DIGESTIONS
With the intentions of eating our faces off, the wife and I did a lap around the park first to build up a little extra hunger. It’s very picturesque and there are a lot of places to snap off some good photos.

After a lap around the park, we moved right in on our first target, Gordon Biersch Gilroy Garlic Fries. Quickly becoming a baseball stadium sensation, the AT&T; Park garlic fries are the best in the business, they are also the greenest. AT&T; has set forth an initiative to be “the greenest park in the majors” and the Gilroy Garlic Fry stands is the leader in environmental efficiency, they also have the tastiest treat in the park!! I washed my down with a tasty Gordon Biersch Marzen. As we sat in the stands shoving the fries in our faces, we watched the amazing colors of the sky during sunset which was followed by the fog rolling in. This helps to create the unique experience that is AT&T; park.

There is a myriad of micro brews available all over the place and I did my best to sample as many as possible. After a few rounds of Lagunitas IPAs, we were ready to eat again. Round two went to the King Street Carvery where you can have your choice of carved brisket, turkey or pulled pork. Gravy, cranberries and horse radish are all available as toppings. We opted for the turkey with gravy and cranberries. This bad boy lasted about 90 seconds before all of it’s sweet and savory goodness succumbed to the tug of war between Cara and I. Holy crap, it’s awesome.

The sandwich didn’t even make it back to our seats where we had a few more drinks and watched the game. After hit Joe’s Cable Car and Dottie’s True Blue Cafe earlier in the day, we had become quite full. While the sandwich was digesting I Googled “hamburger AT&T; Park” on my blackberry and came up with some very unappetizing results. What to do? Get a Giants Dog from the Doggie Diner instead! I mean really, which baseball stadium can NOT be judge on the merit of their hot dog?!?! I slathered one up with some mustard and went to town. Pretty damn good, well maybe the beer had something to do with it, but I definitely enjoyed.

With so many more great food choices, I definitely wanted to keep eating. However, after the dog, I thought my insides were going to burst and had to call it a night. I can’t imagine the damage I could do at a double header!!!!!!! 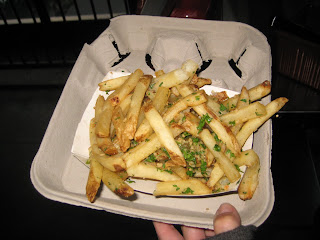 Gilroy Garlic Fries
-9 out of 10 ounces 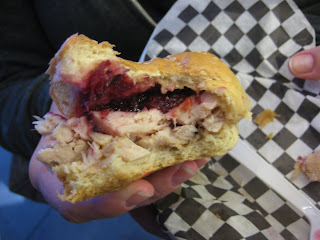 Turkey Sandwich from King Street Carvery
-9 out of 10 ounces 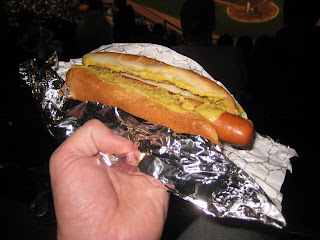 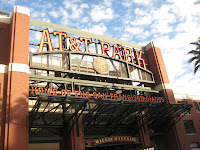 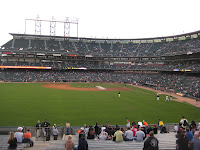 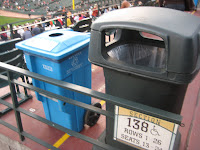 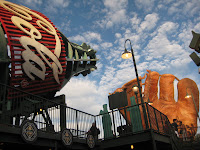 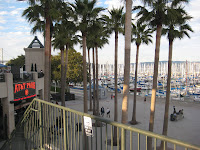 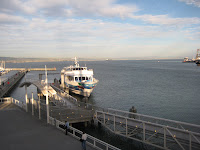 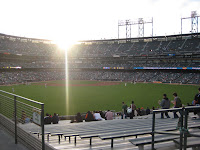 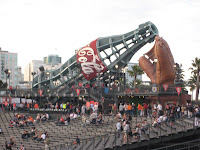 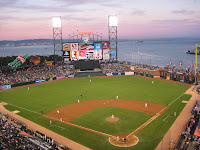 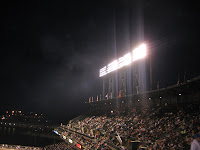 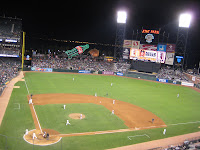 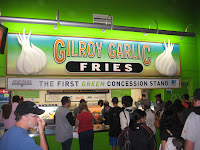 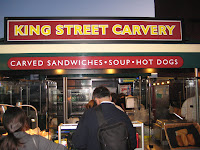 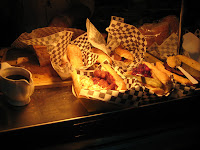 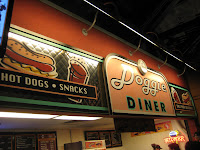