THE CONQUEST
The Church Street Market Place – Home to Burlington, VT’s most popular shopping district, my friend Kyle’s bachelor party and the famous Boo-Kies. I had heard some pretty amazing things about the burger served from this one man sized stand located in the middle of the street and had filed under “to do.” While recently in Burlington, VT for said stag event, I took the 3 hours I had in town before the rest of the man crew arrived to sample.

The story goes like this. Kyle sends out an email invite to his bachelor party. The plan is to meet in midtown Manhattan and jump in a rental van. From there the fun began and so did the 6 to 8 hour drive North. 2 days before the trip was to begin I received a casting call from Twins Talent. They wanted me and joeC from Steak Club 7 to audition for a TV show about food and travel. I knew I couldn’t pass the opportunity so I not only said yes but also had to book a flight to Burlington. joeC and I nailed the casting and are waiting for the phone call to let us know when filming begins.

After the taping, I hopped in a car and sped off to LaGuardia airport where my “Burger Conquest Private Jet” was waiting. A mere 75 minutes later, I arrived, Burger Stylin’ out, in what Kyle affectionately refers to as “Beerlington.” Kyle’s brother Jacob picked me up at the airport and we headed straight for Boo-Kies. 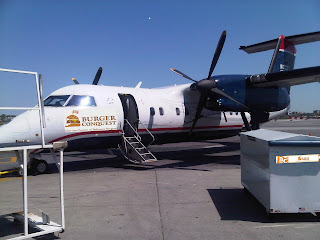 Open from April 1st through New Year’s Eve, Boo-Kies has been in business for 7 years, sitting daily (rain permitting), at the intersection of Church and Bank Streets. Owner Dave Stoll opens up every morning at 8 am with 30 farm fresh eggs and bucket of his freshly ground beef from Macauley Wholesale Meats. Using a #8 ice cream scooper, Dave Stoll, spoons out a ball of meat and whacks it onto the 30-year seasoned griddle . A few minutes later and you’re sinking your teeth into an American Classic. Dave Stoll works until he runs out of beef (or until about 5pm, whichever comes first) and then closes shop. Breakfast sandwiches, are somewhat of a sensation in Burlington (See: Kountry Kart Deli Rise and Shiner), so the eggs go fast. Dave would carry more but that’s all he has room for in the little fridge. Along with Brats, Sausages, Dogs, Sauerkraut and French Fries and more, Boo-Kies also serves the famous “Boo-Kie Bowl.” This home grown creation features fries topped with a grilled burger patty and brown gravy. It’s combination Atkins sandwich meets Canadian Poutine. With only one shot at Boo-Kies before the Douche Patrol showed up, I opted to just get a plain old cheese burger.

THE BURGER
The pleasant and welcoming John Smith greeted me with a smile and the kind of energy that only someone who loves what they do can emanate. I ordered by cheese burger and began snapping pictures. John Smith began to tell me about the cart, the food and the process. He also invited me to take as many pictures as I liked. Gotta love a blogger friendly restaurateur!

A few moments later and I was handed the prized Boo-Kie burger. On the front of the cart there is a bowl for relish, onions and pickles as well as ketchup, hot sauce and mustard. Other than that, there are no other condiments available. I added a small spoonful of onions as well a small dollop of mustard. With no delay, I peeled back the tin foil and sunk my chompers right in. The burger was hot, juicy and delicious. The fresh meat had a great natural beef taste and the grinding process used at Boo-Kies gives the patty a grainy texture. In between a fresh roll, this little diddy from the North is pleasing to the taste.

Jacob, who was forgoing his diet for the bachelor weekend, went off the deep end, kicking in his weekend with a Boo-Kie bowl. I almost didn’t know what to do. It’s such a simple creation and yet still spectacular. The sliced potatoes are fried right in the cart, salted and placed in the basket. Once topped with a beef patty and gravy, it’s in your hands from the griddle in less than 5 seconds. Thankfully Jacob let me try a bite (or two or three). It was just fantastic. The beef was great, the fries were crispy and the gravy was savory yet slightly smoky. It’s a truly winning combination. 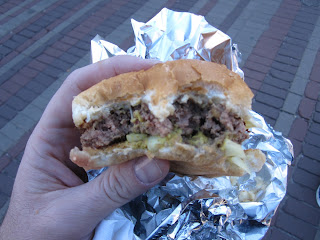 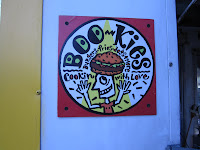 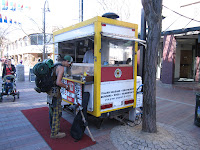 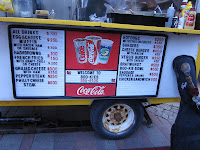 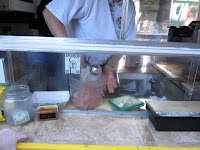 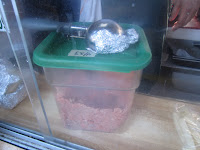 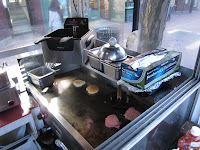 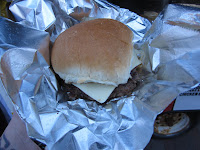 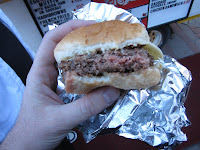 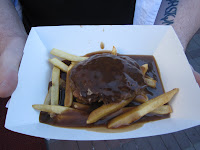 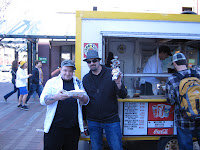 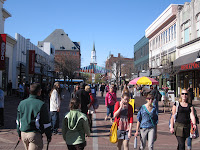 From parking the car, to ordering, to eating, the total time spent was less than 20 minutes. That left us 2.5 hours to kill until the van from NYC was set to arrive. Jacob asked me what I wanted to do and with no hesitation whatsoever, I answered “Let’s take the Magic Hat Brewery tour!” Jacob nodded in consent and we were on our way.

I am weeks away from opening a bar in NYC’s East Village along with Kyle and some other friends, called “Idle Hands Bar.” It’s a rock and roll speakeasy that we’ve tagged “Bourbon.Beer.Rock.” We’re going to serve the best in all 3 with a focus on craft brews, bourbons and great rock music. I’m In charge of the beer menu which I plan on rotating often while featuring microbrews from around the world. In my beer travels, I’ve found The Magic Hat Brewery to be one of America’s most unique. Something something something Magic Hat…

Unfortunately Jacob and I missed the last guided tour of the day. However, at the Magic Hat Brewery, that’s not an issue. The brewery itself allows visitors to walk through of their own accord. Once your finished meandering about the strangely decorated plant, stop back into the store and try some beer. Why not? IT’S FREE AND YOU CAN HAVE AS MUCH AS YOU LIKE…which is exactly what we did!! While all the Magic Hat brews are special and great in their own way, here is a brief review of my 2 favorites:

REV SAYS -It’s a little sweet with an odd smattering of spicy flavors that you can’t quite put your finger on. Can’t say I could drink this for an entire day but if you want a sixer of something unique, try this beer.

REV SAYS – This is Magic Hat’s Hefeweizen. also known as an American Pale Wheat Ale. Its crisp, bold and smells of delicious fruits and malts. The Magic Hat Brewery, never to have a boring brew, makes sure that the Circus Boy is just a little more freaky than everyone else. But they say that’s all in the name. 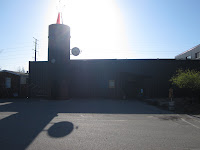 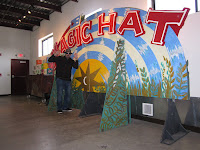 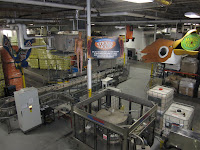 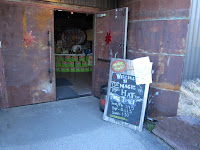